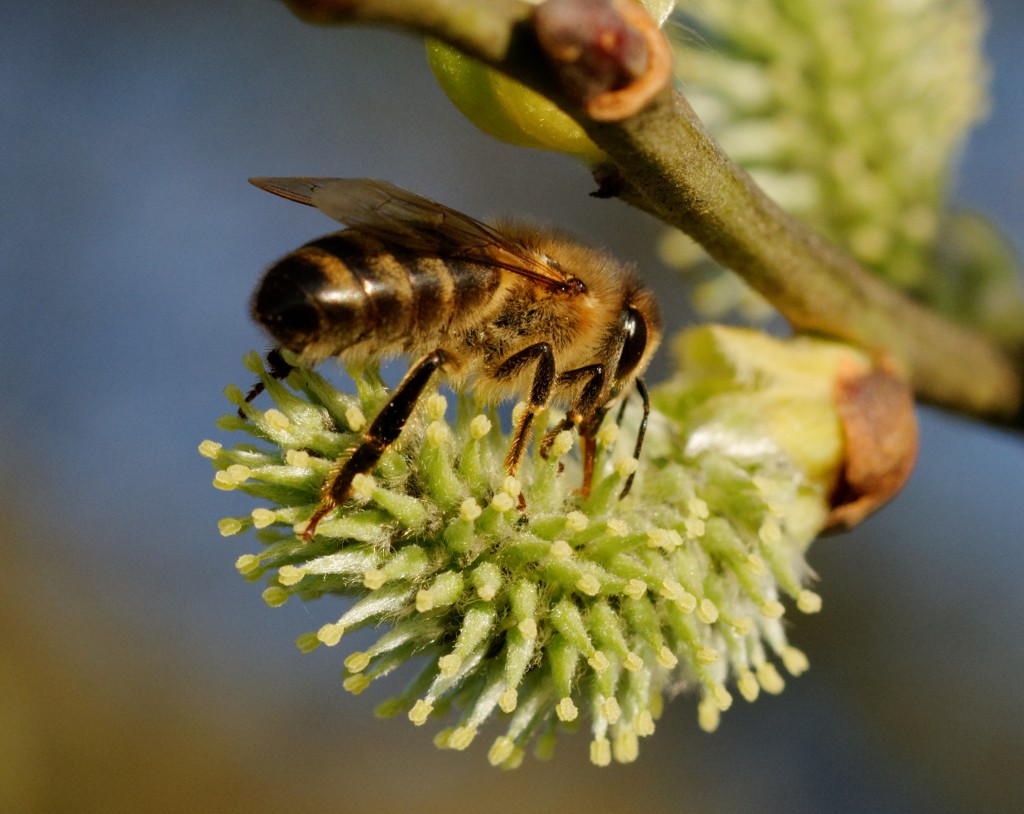 (EnviroNews World News) — In response to myriad horrifying reports showcasing a plummeting of bee populations worldwide, legendary company Burt’s Bees has stepped up to the plate in a grassroots effort to mitigate the damage and improve the overall situation.

According to Pollinator Partnership, bees can be thanked for a $15 billion dollar a year contribution to the American economy, but scarily U.S. bee populations underwent a a devastating 31.3 percent crash in one year alone between 2012-2013.

To say that bees are important to humans and the ecosystem would be the understatement of the week to say the least. If honeybees were to go extinct, it has been predicted by a multitude of sources that humans, and much life on earth would follow within a few short years.

In 2014, Burt’s Bees, along with its Greater Good Foundation grabbed the bull by the horns in regards to bee decline, spearheading a campaign alongside the Pollinator Partnership to save bees by encouraging farmers and landowners to plant thousands of acres of honeybee seed mix to implement “bee buffers.” The effort was intended to bolster overall bee health and numbers by creating more foraging areas for beekeepers to feed the tiny, yet powerful little critters.

In a press release via the Pollinator Partnership on May 20, 2015, the alliance announced that in June, scientific researchers would be visiting the bee buffers planted last year. The areas span several thousand acres in California and North Carolina.

The press release reads as follows:

Burt’s Bees, through its The Greater Good Foundation, joined forces with the Pollinator Partnership to launch the United States Bee Buffer Project. The project’s goal is to establish critical honey bee forage throughout the country, and, after participating in the White House Stakeholder Panel on pollinator health, plans to impact over 6,000 acres over the next year. The U.S. Bee Buffer Project began enrolling farms across California and North Carolina to plant bee buffers in late 2014 with an overwhelming number of applications from both states; the goal of 6,000 acres of influence was reached as soon as the application portal was opened, with calls from virtually every other state wanting to have the program as well!

The inaugural seed distribution reached 200 bee buffers across both states. The bee buffers have been planted in all types of agricultural settings; ranches, vegetable farms, orchards, tree farms, apiaries, and others.

Why plant bee buffers for honey bees? Honey bees are valuable to crops and the nation’s economy, contributing approximately $15 billion to the U.S. economy each year, they have trouble finding food – contributing to a 31.3 percent U.S. bee population decline from 2012 to 2013. Providing foraging habitat for honey bees is essential to our food systems and health. The bee buffer program is trialing 8 different honey bee forage mixes, collecting visitation data, and will be able to make science-based planting recommendations to others interested in planting bee buffers.

Beginning in June a small army of field researchers will be visiting the bee buffers to collect data about honey bee visitation and interview the participants. The goal is to understand what is working, and what can be improved for next year.

“Bees are the unsung heroes behind America’s agriculture. Planting a bee nectar bar on our property is our way of thanking the bees and creating sustainable beekeeping practices for Bee and Bounty Honey Co. Thanks to the support from the U.S. Bee Buffer Program we were able to sow a large habitat of native wildflowers, a much needed buffer among the hundreds of acres of vineyards surrounding our property,” said Kris Koolman, Bee & Bounty Honey Co., U.S. Bee Buffer Project participant.

“In 2012, Burt’s Bees set a 2020 Sustainability Goal to create honeybee forage sites, and impact 10,000 acres through partnerships dedicated to promoting human and honeybee health. Aided by the expertise of Pollinator Partnership, the United States Bee Buffer Project is a powerful step forward to help pollinators, while supporting agriculture in our home state and beyond,” said Paula Alexander, Burt’s Bees Director of Sustainable Business & Innovation.

“The response was simply unbelievable! We had so many applications from people wanting to plant a bee buffer, it was encouraging to know that there is a demand for this kind of project but, it was hard to turn people away. We simply didn’t have enough seed to handle the requests!” said Mary Byrne, P2 Plant Ecologist, U.S. Bee Buffer Project Manager.

Pollinator Week 2015 is right around the corner from June 15-21! What are you doing? That’s easy! Add your pollinator garden to the national SHARE map and hold a pollinator event! www.pollinator.org