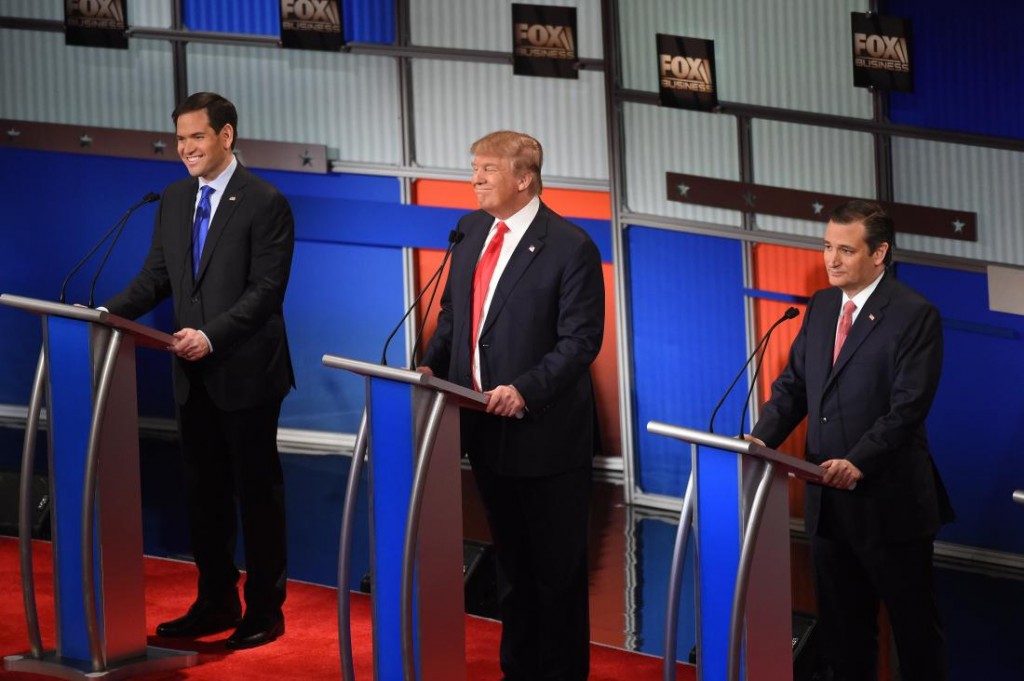 (EnviroNews Polls) — The kid mitts came off on February 13, 2016, as multiple blows, and low-blows, were exchanged in myriad directions at the final Republican presidential debate before the South Carolina primaries. The event was hosted by CBS at the Peace Center Performing Arts Center in Greenville, South Carolina.

“We’re in danger of dragging this thing into the dirt,” firmly stated moderator John Dickerson at one point after a vicious, accusatory exchange between Donald Trump and Ted Cruz.

After a near nuclear exchange early on between Donald Trump and Jeb Bush, Ohio Governor John Kasich interjected, “This is crazy!”

Several EnviroNews viewers have weighed in, telling us tonight’s event constituted one of the most savage debates they had ever seen.

By policy, the EnviroNews USA Editorial Board never endorses political candidates. We leave it to you — our readers and viewers to decide: Who won tonight’s CBS Republican debate? Donald Trump, Ted Cruz, Marco Rubio, Jeb Bush, John Kasich or Ben Carson? Please cast your vote via your Facebook account below.

If you missed tonight’s debate, you may watch it in its entirety in multiple parts via CBS in the video players below.