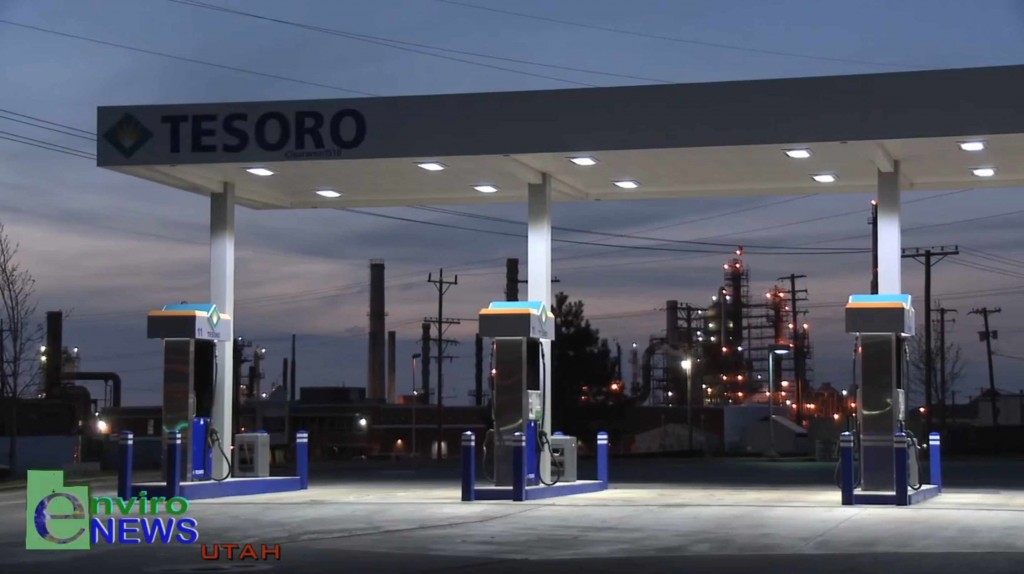 (EnviroNews Utah) — Roosevelt, Utah — San Antonio refining giant Tesoro Corporation announced last week that it will be shelving its plan for a 135-mile-long oil pipeline that had been in the works for several years, citing “unfavorable market conditions.”

Fuelfix reported Destin Singleton, company spokesman wrote, “due to unfavorable market conditions and challenged economic feasibility, we have decided not to advance the Uinta Express Pipeline project at this time.”

The pipeline was intended for the purpose of carrying about 60,000 barrels of waxy crude oil per day from Utah’s booming Uintah Basin to Salt Lake City’s oil refineries — including the Salt Lake Tesoro refinery. The project would have removed about 250 diesel-emitting tanker trucks a day from Utah’s roads, but had many downsides opponents said.

The plan had been controversial since its inception, but now, parties who opposed the deal have one less thing to worry about — at least for the time being.

Among those in opposition were water districts overseeing the Weber and Provo Rivers, and those agencies even filed lawsuits citing environmental concerns. Environmentalists and county commissioners in the area were also against the deal.

Kim Carson, Chair of the Summit County Council said, “Our first preference would be no pipeline… but, in case there was going to be a pipeline, we wanted to make sure it was along as safe a route as possible,” KUER repored.

Tesoro has taken a lot of heat in the state of Utah for its sizable Salt Lake refinery, and the Utah Physicians for a Healthy Environment (UPHE) are even suing the Utah Division of Air Quality (DAQ) for approving an expansion for the facility.

Tesoro’s recent announcement does not mean that the plan is dead in finality. “We may reevaluate moving forward with this project in the future under more favorable conditions,” said company spokeswoman Christina Barbee in a statement.