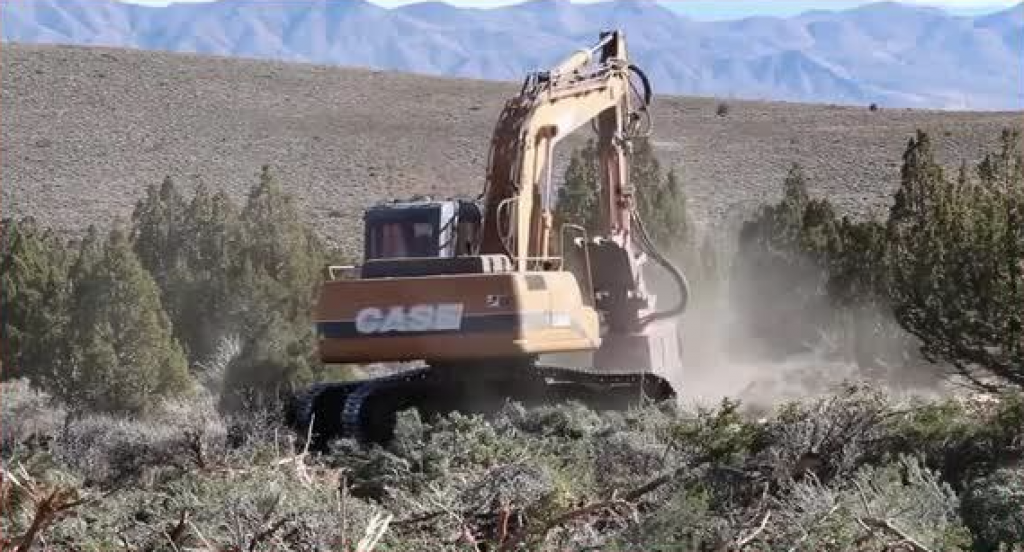 (EnviroNews Headline News Desk) — Washington D.C. — Trump and his administration are pushing through policy changes to keep the public in the dark and avoid public input requirements at the Bureau of Land Management (BLM), a group of prominent environmental NGOs decried today in a press release. With just a little over a month left in office, Trump’s BLM is moving forward with plans that will allow fast-track approval on a massive blanket clearcutting initiative for native forests and shrubs throughout the West.

On Dec. 10, 2020, the BLM announced its final “pinyon-juniper categorical exclusion” and its “salvage logging categorical exclusion.” With these two rules finalized today, the agency has enacted five rules and major initiatives designed to allow industrial clearcutting plans to proceed much more quickly by eliminating the public comment period, which the BLM says takes too long.

“The BLM’s massive deforestation schemes will transform much of the West into bleak, cheatgrass-infested and treeless expanses, dealing a huge blow to biodiversity and the survival of many species of migratory birds and other native wildlife,” said Katie Fite of Wildlands Defense, in a joint press release.

Once implemented, the change will skirt the National Environmental Policy Act (NEPA) and cut the public out of the process. The agency claims “these categorical exclusions will contribute to rural economies, reduce waste of salvageable timber, and reduce future wildfire fuel loads, while diminishing hazards to wildland firefighters, the public, and infrastructure from dead and dying trees.” But conservation groups are having none of it.

“These are scorched-earth policies with no place in what is supposed to be open, transparent, and science-based management of 245 million acres of public land,” said Kya Marienfeld, Wildlands Attorney with the Southern Utah Wilderness Alliance (SUWA) in a press release.

The NEPA-mandated public comment period allows citizens and scientists to review plans set forth by the BLM and other Department of the Interior agencies, and to inform the process by making suggestions or raising concerns. As reported by EnviroNews, allowing citizens to participate in the process oftentimes results in improved land management, above and beyond what the agency initially proposes.

“The removal of public review through these final NEPA exclusions today is especially alarming because many large projects that were withdrawn because of public pressure — including some within Grand Staircase-Escalante National Monument — could now reappear at any time under this new policy and move forward without public review, scientific study, or accountability,” said Marienfeld.

Environmentalists say the beneficiaries of these policies are the industries destroying the western landscape and harming its wildlife populations. Ranchers, mineral barons, the lumber industry, and oil and gas companies stand to gain now that these policies have been enacted.

“This is nothing more than an eleventh-hour attempt by the outgoing administration to shut the public out of public land management and curry favor with Secretary Bernhardt’s industry allies. It has absolutely no basis in science or sound management practices,” said Scott Lake, Nevada Legal Advocate for the Center for Biological Diversity.

The new “pinyon-juniper categorical exclusion” will allow the BLM to clear up to 10,000 acres of pinyon-juniper without any environmental analysis, scientific oversight, or public review and input. The agency can approve projects of this size an unlimited number of times.

“The BLM’s assertion that clearing 10,000 acres of pinyon and juniper forests will not have a significant environmental effect is wrong and incredibly dangerous to ongoing efforts to protect public lands, wildlife, and the general safety and livability of the human environment,” said Logan Glasenapp of New Mexico Wild.

The BLM also says the rules will allow it to better “maintain and restore habitats that are essential to mule deer, sage-grouse, and other important wildlife species.” The sage-grouse is an “umbrella species” spanning the sagebrush sea across 11 western states. Subject of an expansive EnviroNews documentary, the imperiled dancing ground-bird has been at the center of the costliest conservation fight in history.

The BLM’s claim that massive clearcutting and mastication of pinyon pine and juniper is ‘solely’ intended to enhance habitat for sage-grouse and mule deer might be believable if science indicated that these ‘[habitat] treatments’ work, or if the BLM didn’t use them as an opportunity to graze the heck out of the newly ripped-up landscape, seeding it with exotic grasses meant for cattle.

The “salvage logging categorical exclusion” allows the agency to approve logging on up to 3,000 acres of land as long as it determines the trees are “dead or dying.” Lands matching that criteria will be exempt from the NEPA requirements of environmental analysis, scientific oversight, and public input and review.

“The bottom line is that science has to guide the management of our western lands,” said Vera Smith, Senior Federal Lands Policy Analyst with Defenders of Wildlife. “We hope that the Biden Administration will right this wrong by directing the [BLM] to restore science-based decision-making to our public lands and refrain from clearcutting under these new rules.”

The Trump Administration’s BLM has had no shortage of controversies, including in its leadership. On September 25, a judge ruled that Acting Director William Perry Pendley had served in his position illegally for 424 days in violation of the  Federal Vacancies Reform Act. Pendley never received Congressional approval, and was supposed to step down. However, he has made numerous statements that he isn’t going anywhere. The judge in the case also ruled the BLM was to submit which actions Pendley had taken during his time atop the BLM so those actions could be reversed. In October, the court invalidated three of Pendley’s major land-use plans in Montana and warned Pendley against fulfilling the duties of acting director.

EnviroNews has documented the ramping up of a Trump Administration “War on Wildlife,” which has reached a zenith in the last few months of the President’s first, and last, term.  From removing the words “climate change” from the White House website, to  redefining the word “habitat,” to refusing to give species protections under the Endangered Species Act, to delisting iconic, imperiled species, to allowing drilling in sensitive environments like the Arctic National Wildlife Refuge (ANWR), the Trump Administration has exploited every opportunity to increase access for industry to public lands. Many are concerned that the upward trend in environmental rollbacks will continue until the day he leaves the White House.

BLM Operating in the Dark, Approving Large-Scale Deforestation Plans With No Public Oversight

(EnviroNews DC News Bureau) – At the end of July, a coalition of environmental non-profits sounded the alarm about the “concerning, big-picture trend” across federal lands administered by the Bureau of Land Management (BLM) while “the nation has been otherwise preoccupied with the COVID-19 pandemic.” In several recent moves,…

(EnviroNews Montana) – On Sep. 25, Chief Judge Brian Morris of the Montana District Court barred William Perry Pendley from serving as the head of the U.S. Bureau of Land Management (BLM). The lawsuit brought against Secretary of the Interior David Bernhardt is a win for Governor Steve Bullock…

(EnviroNews Nature) – Washington D.C. – Falling in line with a recent expansive EnviroNews report detailing a barrage of end-of-term rollbacks, species de-listings, and slashes to the Endangered Species Act (ESA), the Trump Administration’s Interior Department (DOI) announced it would be lobbing another volley of rollbacks at the…

8 thoughts on “‘Scorched Earth’: In Final Days, Trump Admin Finalizes Sweeping Clearcutting Rule Across West, While Cutting Public out of the Process”