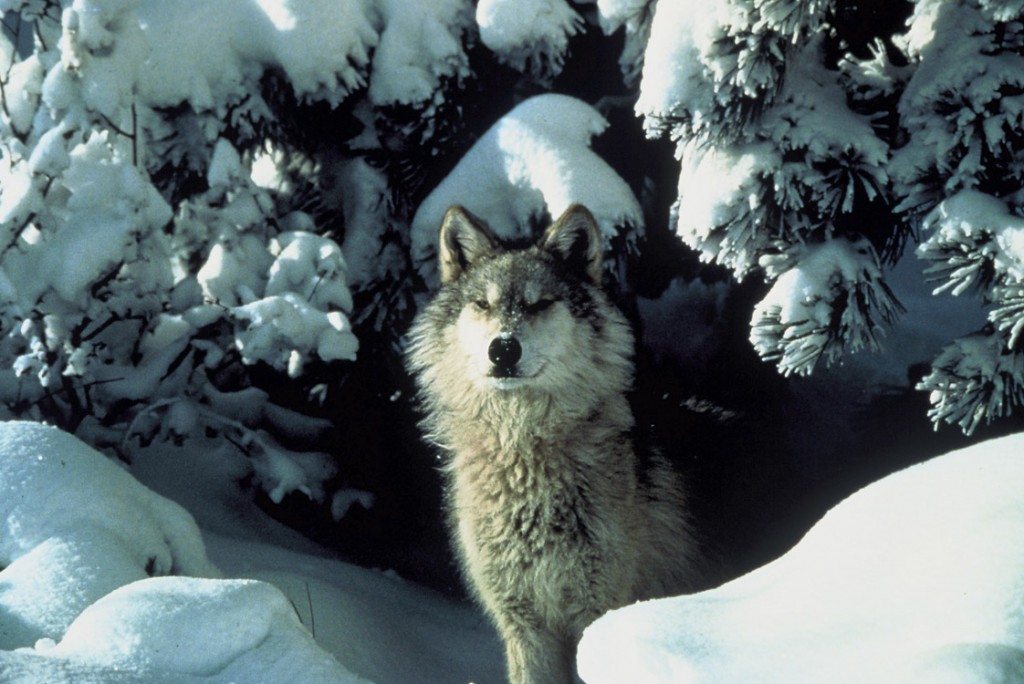 (EnviroNews Oregon) — Five environmental groups filed a lawsuit on February 3, 2016, in U.S. District Court against the federal agency Wildlife Services, over what they say is the illegitimate killing of wolves in the state of Oregon.

WildEarth Guardians, Center for Biological Diversity, Predator Defense, and Project Coyote are represented in the case by John Mellgren of the Western Environmental Law Center, while Nick Cady serves as legal council to Cascadia Wildlands on the suit.

Wildlife Services is an agency under the United States Department of Agriculture’s (USDA) Animal and Plant Health Inspection Service (APHIS), charged with resolving wildlife threats to civilian health and property, natural resources, and agricultural projects. While USDA-APHIS says Wildlife Services’ purpose is to provide “federal leadership and expertise to resolve wildlife conflicts to allow people and wildlife to coexist,” environmental groups say the project is little more than a “federal killing-program.”

Wildlife Services has been eliminating wolves in Oregon and other places — shooting the creatures from helicopters in an effort to protect livestock and other ranching interests. The agency only does so at the request of designated state agencies like Oregon’s Division of Fish and Wildlife (ODFW), and Reuters reports no such request has been made in the state since 2012.


Nevertheless, the lawsuit contends Wildlife Services is required by law via the National Environmental Policy Act (NEPA) to provide an adequate environmental impact statement (EIS) before such programs are carried out — something the conservation groups say Wildlife Services failed to perform. Furthermore, the coalition asserts Wildlife Services didn’t demonstrate why fatal methods were necessary as opposed to other non-lethal techniques.

Amongst those non-lethal tactics are range riders, livestock-guarding dogs and shepherds, and getting rid of dead animal carcasses quickly so as to not attract predators to herds in the first place. But some conservation groups refer to Wildlife Services as a “rogue” agency that has been taking the easy way out with traumatizing aerial assaults on gray wolves and other wild canines.

“Federal law requires Wildlife Services to conduct a full and fair evaluation of the ecological impacts of its wolf-killing program in Oregon, and it failed to do so,” said Mellgren in a statement.

“Wildlife Services’ refusal to ensure its activities are based on the best available science leads to unnecessary and harmful killing and strips the public of an opportunity to meaningfully understand and contribute to decisions impacting the health of ecosystems on which we all depend,” said Bethany Cotton, Wildlife Program Director at WildEarth Guardians. “It’s past time the dark practices of Wildlife Services are subjected to the sunshine of a transparent public process,” Cotton continued.


Pam Boehland, a spokeswoman with USDA, declined comment to EnviroNews Oregon and deflected questions to the Department of Justice (DOJ) which is handling the case, saying as policy USDA “[won’t] comment on pending litigation.” EnviroNews Oregon also spoke with Wyn Hornbuckle of DOJ’s public affairs office who has so far failed to provide a written statement. EnviroNews Oregon will update this article if DOJ chooses to do so at a later time.

Approximately 81 gray wolves remain in the Beaver State — certainly an improvement from zero — the number that was left after the iconic predator was exterminated completely from Oregon in the twentieth century. But conservation groups want those animals preserved and say non-lethal methods can do just that — while reducing conflicts with humans at the same time.


Two of the plaintiffs, WildEarth Guardians and Center for Biological Diversity, are alone responsible for hundreds of species receiving protection — under the Endangered Species Act and through other courses of action as well. The two organizations have a remarkably successful track-record when it comes to safeguarding imperiled critters, with Center for Biological Diversity boasting a 93% success rate in its protective lawsuits — not very good odds for Wildlife Services.

The Oregon legal filing comes on the heels of a victory for conservation groups in neighboring Washington state, handed down in December of 2015 in a very similar suit, after a group sued Wildlife Services on the same grounds for its wolf-killing practices there. The Washington suit was again executed by Western Environmental Law Center, but for a slightly different coalition including, WildEarth Guardians, Cascadia Wildlands, and Kettle Range Conservation Group.

The Washington case hinged largely on a peer-reviewed study conducted over 25 years — and that research shot holes in Wildlife Services’ defense like it shoots bullet holes in gray wolves. Amongst other things, the study demonstrates livestock deaths from wolves actually increase in areas where lethal control methods are used.

Behavioral experts say social melee ensues when pack-members, and especially alpha females, are killed. The subsequent lack of leadership, and disruption of the pecking order, often results in unruly behavior within the pack, which can also lead to an uptick in livestock attacks.


Cotton of WildEarth Guardians also told EnviroNews that since in wolf-packs only the alpha female breeds and has pups, when alphas are killed, multiple submissive females can then experience estrous simultaneously. As a result, wolf populations can rise — and under socially chaotic circumstances.

WildEarth Guardians is the sole plaintiff in yet another ongoing lawsuit against Wildlife Services in Nevada for many of the same reasons outlined in the Washington and Oregon complaints — but namely, a failure by the agency to provide up-to-speed, comprehensive EISs for animal killing programs. In the Nevada case, coyote shooting and raven poisoning were amongst the items addressed.

Initially, WildEarth Guardians lost the case, but that ruling was reversed in August of 2015, when a federal appeals court kicked it back to district court. Regarding that decision, Sandra Chereb of Las Vegas Review-Journal wrote:

A panel of the 9th U.S. Circuit Court of Appeals sided with WildEarth Guardians, which argued that the U.S. Department of Agriculture, through its Wildlife Services program, relied on outdated information and should have prepared a Nevada-specific environmental impact statement in 2011 before continuing the program.

With multiple similar rulings and lawsuits coming down against Wildlife Services for its lethal animal control methods, a precedent might be emerging that could establish strong legal grounds for a challenge to the program’s mode of operation altogether — something the agency has failed to comment on.

Wildlife Services was defunded briefly in the 90s, but was reinstated shortly thereafter. Still, Cotton says WildEarth Guardians’ position is not for the abolition of the agency entirely, but to see its mission and purpose revamped. Cotton says despite the program’s controversial wildlife killing modality, that it still carries out some meaningful duties like working to avoid collisions with birds at airports.

4 thoughts on “Federal Government Sued For Killing Wolves in Oregon”