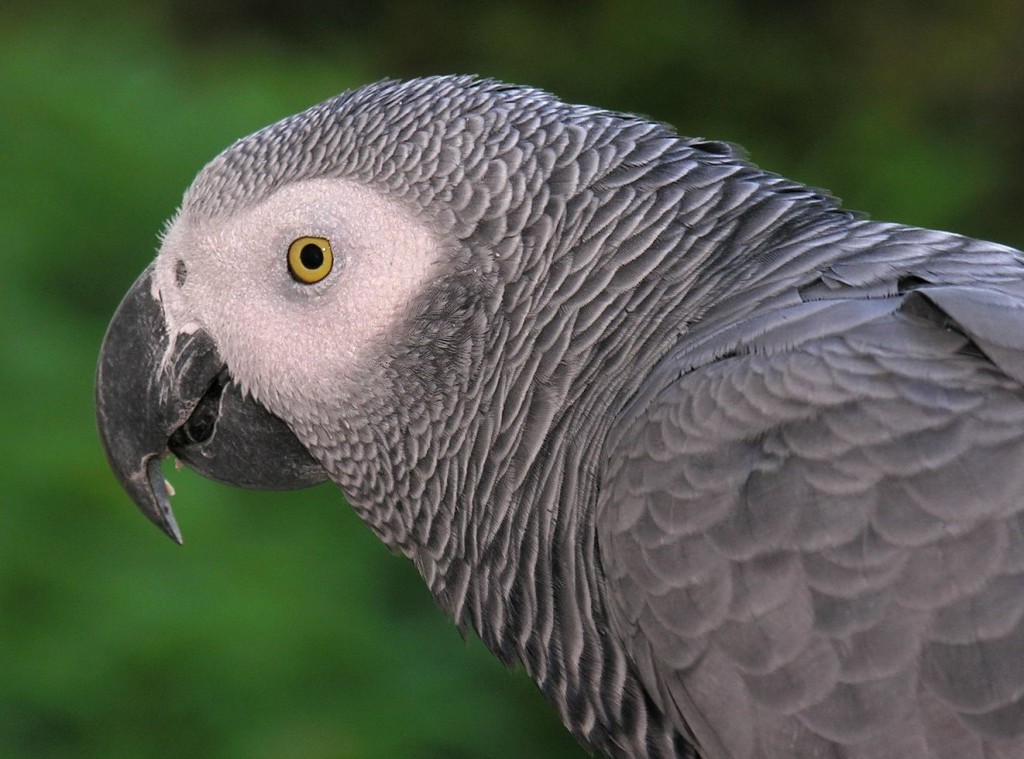 (EnviroNews World News) — African grey parrot numbers have plunged by 99% in the west African country of Ghana a new in-depth census has shown. The dreadful data indicates the species is now critically endangered in the country.

With the estimated intellectual capacity of a 5-year-old child, no matter which way you slice it, the African grey parrot is a fascinating animal. Though most folks in the Western world are accustomed to seeing it in a house or cage, the bird has another home — a real home — an abode nestled high in the treetops of the deep African wild. But that home is fast disappearing, and with it, so is the bird — an appalling fact that has conservationists and avian lovers alike feeling alarmed.

The extensive study titled, Trade and habitat change virtually eliminate the Grey Parrot Psittacus erithacus from Ghana, was funded by Spain’s Loro Parque Foundation and led by Nathaniel Annorbah of Manchester Metropolitan University, UK. The authors commenced the study’s abstract by stating, “The heavily traded Grey Parrot Psittacus erithacus is believed to have undergone rapid population decline, yet there are almost no quantitative data on abundance changes over time from anywhere within its huge range.” “Grey parrot populations in Ghana have declined catastrophically, and the species is now very rare across the country,” said Nigel Collar, of BirdLife International, one of the study’s co-authors.

The stark depletion of another lesser-known species of grey parrot called the Timneh parrot (Psittacus timneh) is also addressed as part of the study, although the Timneh is not known to be indigenous to Ghana. Despite the grey parrot’s popularity as a pet, interestingly, its behavioral patterns and courtship rituals are not well understood, and have not been thoroughly documented in the wild. Disturbingly, neither have the population numbers been well monitored and recorded by government, NGO or conservation groups — and there are huge discrepancies and holes in the data when it comes to the numbers and precise range of Psittacus erithacus. An analysis conducted at EnviroNews Nature led us to believe it is simply not known how many specimens remain.

Despite that overall vagueness, what is understood is that the bird’s numbers are falling — and fast in many places. While the International Union for Conservation of Nature lists the species as a whole as “vulnerable,” studies like Annorbah’s indicate the bird is deep in the extinction vortex in some areas. “Lack of evidence from this and other studies that any Grey Parrot populations in the West Africa region are healthy, suggests that trade in the species must surely be ruled out in the region,” observes Kariuki Ndang’ang’a, of BirdLife Africa’s Species Science.

The African grey has a simply massive home-range, spanning some 1.1 million miles throughout western and central Africa — stretching from Ivory Coast, Ghana and Angola in the West, through Congo, Kenya, Cameroon and Uganda. Ghana encompasses some 30,000 square miles of that historic territory, but with the frighteningly dire numbers turned out by Annorbah and his team, people are left to wonder how much longer that will be the case — or if Ghana will be included in those territorial maps at all in the foreseeable future. Through a process of interviews, observations, and analyses of traditional nesting sites, the researchers determined the overarching African grey population in Ghana has plummeted by 90-99% since 1992. Approximately 900 interviews were conducted on the ground, and that exhaustive investigation and interrogation identified two factors as the primary culprits in the disappearance of this flamboyant feathered friend: (1) The felling of tall trees where it mates, and (2) wildlife looters who pluck the bird from its pristine perch to sell as a pet on the black market.

Together, Annorbah and his team, also maintained watch at known historical roosting sites, reporting no specimens at some locations, and numbers as low as 18 birds at others — places where there had been many hundreds of these creatures only two decades ago.

In the study’s summation, the researchers state:

More than 6 months of dedicated searching within likely areas of Ghana, including visits to roosts which previously held 700–1200 individuals, yielded just a handful of Grey Parrot sightings. Undoubtedly, the species has declined precipitously, and is now extremely rare across Ghana. It is likely that the status of the Grey Parrot and its recently split sister species the Timneh Parrot is similar across West Africa (west of Cameroon): both species have been virtually eliminated from wider landscapes, and exist in reasonable numbers at very few locations.

Kidnapping the bird from its forested home to later sell on the black market pet exchange might seem bad enough, but being snatched by avian raiders isn’t the only thing Psittacus erithacus has to worry about. Sadly, the species is also slaughtered not only for food, but for its strikingly red tail feathers, and strangely, its head as well. In actuality, poaching parrots for their heads is not uncommon in Africa. The craniums are often exported to other areas on the continent to be used as medicine in tribal healing methods, where they are sometimes employed to treat mental illness. The illegal parrot-head trade problem has been rampant in Cameroon — but despite falling numbers, Cameroon still remains one of the strongholds for the bird.

It is unfortunate that so much emphasis has been placed on how this creature can service humans in captivity, and so little attention placed on the Africa grey’s behavior and ecological significance in the wild. Even less observation has been focused on how habitat loss is adversely affecting populations in specific areas. Perhaps the alarm bells being sounded by the Ghanaian census will prompt more researchers to take a closer look at the status of this awesome avian animal in more of its native harbors. With that stated, the amazing connection experienced between humans and the African grey must also be pointed out. While keeping wild birds in captivity at all is controversial in some circles, owners and onlookers alike are fascinated and adore the way this fantastic flier interacts with humans.


A female bird, named Einstein, blew people’s minds at Ted Talks when she carried on conversations, responded to various complex questions (for a bird anyway), showed an ability to count, and sang “Happy Birthday” to former Vice President Al Gore who was seated in the audience.

Another bird named Alex, also took the world by storm with his uncanny ability to communicate and carry on conversations, and dozens upon dozens of additional videos of the species in vocal action can be uncovered online at the other end of a simple Google search.

It’s fine and well that people share a great affection for Psittacus erithacus in captivity, but it’s also important to remember that this bird is part of an ecosystem, and was not created solely for human amusement. While it may never go completely extinct due to captive breeding operations, in the wild, it relies on other species for its survival, and other species rely on it. It would seem thus far, that humanity prefers this bird in cages, talking and doing tricks, versus in the wild where it truly belongs. Perhaps with growing awareness and a little time, people will start to value the African grey parrot as an integral part of a vast ecosystem, and not only for its incredible intelligence and vocal abilities. The question is, how much time will it take, and how much time does the African grey parrot have?

The entire abstract from the Ghanaian study can be read just below:

The heavily traded Grey Parrot Psittacus erithacus is believed to have undergone rapid population decline, yet there are almost no quantitative data on abundance changes over time from anywhere within its huge range. We reviewed the species’ historical abundance across Ghana, undertook targeted searches during 3- to 5-day visits to 42 100-km2 cells across the country’s forest zone, repeated counts at 22 parrot roosts first performed two decades ago and gauged around 900 people’s perceptions of the decline and its causes. In over 150 days of fieldwork, just 32 groups (maximum group size = 12) were recorded in 10 cells. Encounter rates averaged 0.15 individuals per hour of targeted search, around 15 times lower than those recorded in the early 1990s. No active roosts were found, and only 18 individuals were recorded in three roost areas that each harboured 700–1200 birds two decades ago. Interviewees stressed the importance of very tall trees of commercially important species such as Terminalia superba and Ceiba pentandra for nesting and roosting, and believed that the felling of large trees on farmland (42% of responses) and trapping for trade (37%) were the two main causes of decline. Ghana has lost 90–99% of its Grey Parrots since 1992, a time when the population had presumably already been seriously reduced by two decades of extremely heavy trade. There is no evidence that, away from one or two localities, declines are less severe anywhere else within the West African range of P. erithacus, or across the entire range of the recently split Timneh Parrot Psittacus timneh.

Breathtaking Video: Bet These Scarlet Macaws Can Bring a Tear To Your Eye