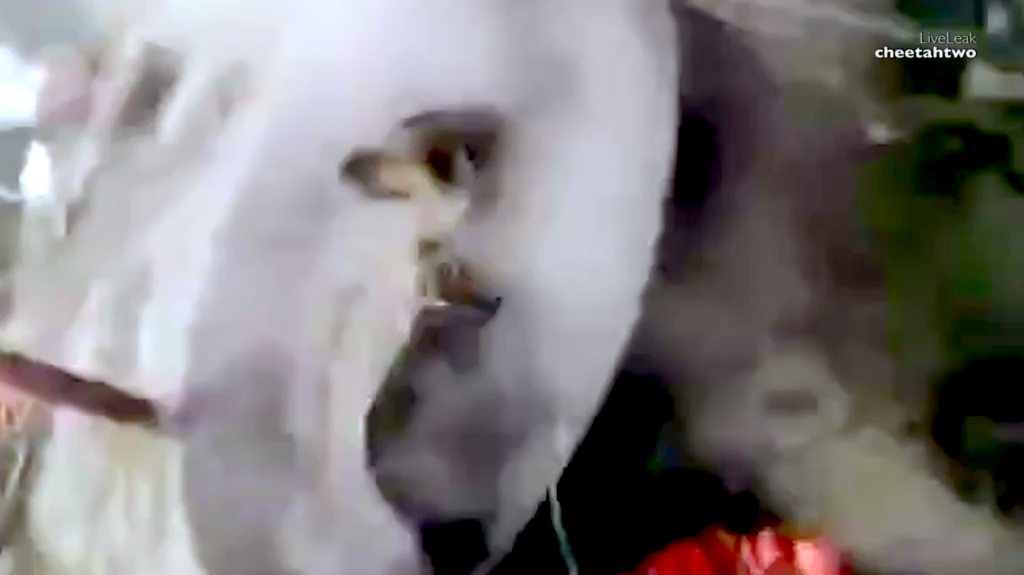 (EnviroNews World News) — Henan, China — Viewers are furious with the content of a graphic video that has surfaced and is now circulating around the web. The contents: a dog, yelping and crying for its life, as it is boiled alive in front of a crowd of laughing onlookers in a wok at a Chinese market.

The incident was taped somewhere in Henan Province in the People’s Republic of China. It is not know exactly when the episode occurred, but the recording surfaced in January and has received yet another revival as of late.

As the video begins, it’s not yet clear what is happening. Viewers can see a few men standing around a giant steaming wok sitting atop a fire. But in the wok, there is an upside down pan that keeps pushing up and moving as if something is attempting to emerge from underneath.

A few seconds later, the pot is removed and the horrifying image underneath is unveiled: a live dog, flailing around, with its paws bound together.

After scalding the dog for another few minutes, the distressed creature falls to the ground, whereafter the men mob the poor K-9 and start stripping off its fur. Afterward, they untie the animal’s paws and it starts running around the streets with the back half of its body stripped bare from the ravenous crowd.

Sadly, this may have only been the first phase of the animal’s peril. According to Michele Brown, Founder of Fight Dog Meat, around 10 million dogs are slaughtered each year in China’s dog meat trade. The animals are frequently tortured first though, to induce a massive release of adrenaline which reportedly makes the meat tough. Many Chinese want the meat tough due to superstitions that claim tougher meat elevates the male libido.

“The only way to get the meat tough is to flood the conscious animal’s body with adrenaline,” Brown told Daily Mail. “Most of the times the aim is not to kill the dog straight away… sometimes they will be tortured for hours.”

It is unknown what became of this particular animal after it was unbound, but it is very possible, if not likely, it was later slaughtered for meat.