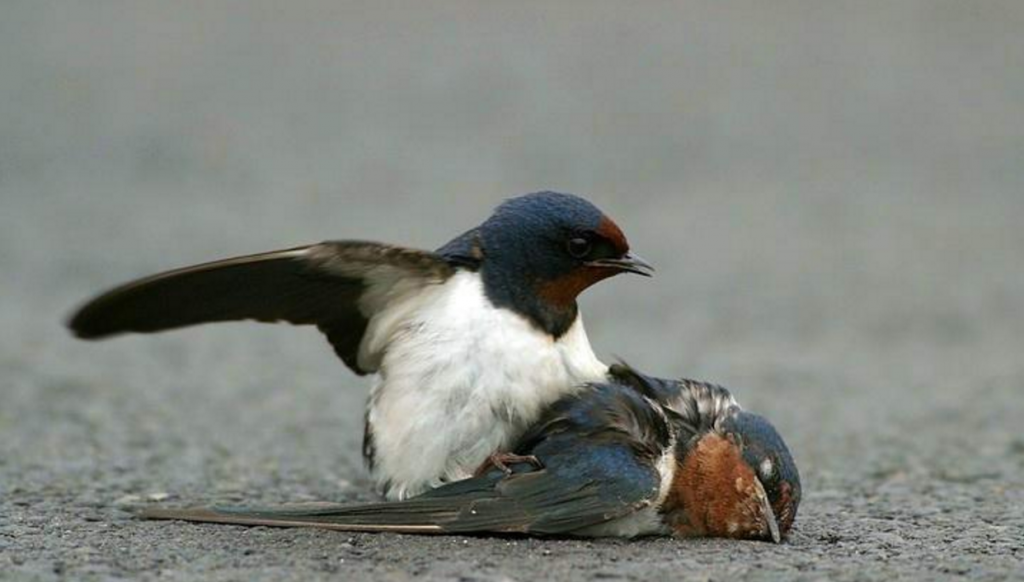 (EnviroNews USA Headline News Desk) — A new study that tallies North America’s bird numbers has surfaced and the results are devastating for animal lovers and everyday citizens alike: nearly 30 percent of the continent’s avian creatures, or around 3 billion birds, have vanished since 1970 with no reversal of the trend in sight.

The study titled, Decline of the North American avifauna, was published in the American Association for the Advancement of Science (AAAS) and was authored by 11 researchers who form a coalition representing some of the most prominent bird conservation and research entities across the United States and Canada.

North America was home to some 10 billion feathered fliers in 1970. Going back five decades, the scientists compiled population data for 529 species and analyzed it as a whole. The numbers were “staggering:” North America had lost 29 percent of its birds in under 50 years, with grassland birds and shorebirds being hardest hit.

“We’re making the wrong moves now to sustain nature for the future, and this is an indication that nature is unraveling and that ecosystems are highly stressed,” said Mike Parr, President of the American Bird Conservancy and the study’s co-author.

The researchers included a decade’s worth of stats from the National Weather Service Next Generation Weather Radar (NEXRAD) — a network of 143 weather radars that monitor precipitation as well as migratory bird and insect mass. They coupled this data with results from long-running volunteer bird-spotting programs such as the North American Breeding Bird Survey, the International Shorebird Survey  and the Audubon Christmas Bird Count. The various research tools used in the study all point in the same direction: precipitously downward.

“This loss of bird abundance signals an urgent need to address threats to avert future avifaunal collapse and associated loss of ecosystem integrity, function and services,” the authors wrote in the study’s abstract.

The data puts together pieces of a larger puzzle for the first time, and forms an overarching picture of the continent’s bird numbers as a whole. While ecologists have known individual species and populations are dwindling, “they didn’t understand the scale of the crisis — until now,” NBC News reported.

“We also knew that [some] bird populations were increasing,” said the study’s lead author Ken Rosenberg of Cornell Lab of Ornithology. “And what we didn’t know is whether there was a net change.”

Multiple specifics can also be deduced from from the study. For example, the numbers show that approximately 90 percent of the overall loss occurred in just a dozen bird families including sparrows, warblers, blackbirds and finches.  Grassland birds have suffered a 53 percent decline while shorebirds have lost 37 percent of their numbers. Amongst many others, common species such as meadowlarks, dark-eyed juncos, horned larks and red-winged blackbirds are all on a steady decline.

“[Common nighthawks] are rare in Connecticut now. They’re rare in many places,” said Pete Marra, to NBC News. Marra is an ecologist who sits as the Director of the Georgetown Environment Initiative. “It’s an empty feeling in your stomach that these same birds that you grew up with just aren’t there anymore,” he continued.

“We can all talk through the stories about there being fewer and fewer birds, but it’s not until you really put the numbers on it that you can really grasp the magnitude of these results,” Marra continued.

“I think that I buy the magnitude of loss,” Kristen Ruegg, a biologist at Colorado State University, told NPR. “Overall, the conclusions weren’t necessarily surprising. I mean, they were depressing but not surprising.” But the bird’s-eye view painted in the study “really sort of wakes people up to the idea that this is happening,” Ruegg concluded.

Ecologists said it’s not only iconic endangered birds that are of concern, noting that a reduction in numbers for common avians that people see every day can mark serious ecological erosion in a local ecosystem.  Birds play a critical role in nature, spreading seeds, pollinating plants, eating bugs and providing food for other wildlife.

“Just because a species hasn’t gone extinct or isn’t even necessarily close to extinction, it might still be in trouble,” said Elise Zipkin, a quantitative ecologist at Michigan State University, to NPR. “We need to be thinking about conservation efforts for that.”

Although this study didn’t delve into the specific causes of the declines, the authors were joined by the voices of other scientists and biologists who point the finger at habitat degradation, agriculture, urbanization, domestic cats and toxic neonicotinoid pesticides as the leading causes.

It’s not all bad news though.  Conservation efforts are working for certain isolated species of bird.  “The numbers of ducks and geese are larger than they’ve ever been, and that’s not an accident,” said Rosenberg to NPR. That’s due in part to “hunters who primarily want to see healthy waterfowl populations for recreational hunting [and who] have raised their voices.”

Multiple species of aerial raptor like bald eagles, peregrine falcons and ospreys have actually increased over the same study-period.  The Endangered Species Act (ESA), intense conservation efforts and the banning of the toxic pesticide DDT in 1972, are to be lauded for these success stories and may provide roadmaps for saving other species in peril.

“It’s yet another example of resilience in the bird population itself if we can remove the threats and give them a chance,” Rosenberg concluded to the LA Times.

“We’re going to have to protect everything better if we want to see recovery,” said Hillary Young, a conservation biologist with UC Santa Barbara to the LA Times. But she stayed positive and pointed to successful conservation efforts adding, “It’s kind of a glimmer of hope because it shows that when you do put in policies to protect these species, they do show long-term trends of recovery.”