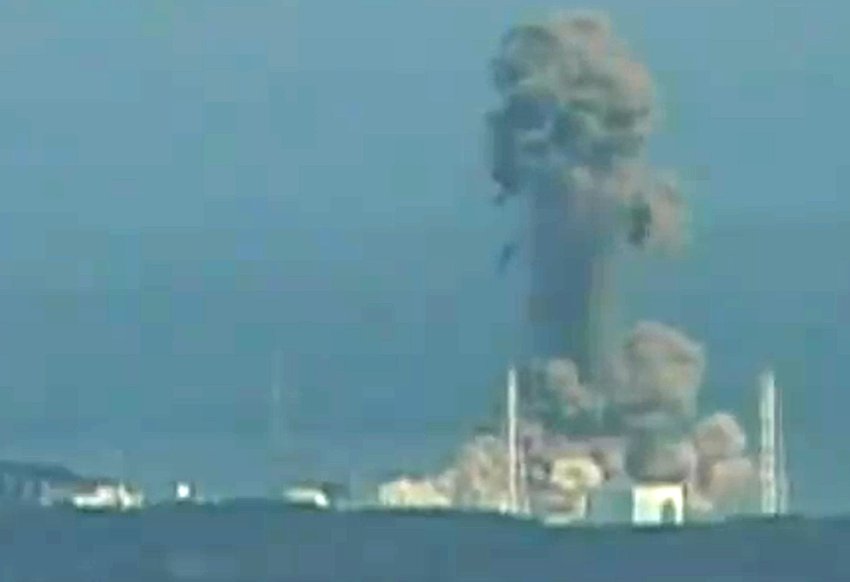 Those were the staggering admissions handed down to the media in a press release published by TEPCO on February 24, 2016. Of course, for many people on the inside track with Fukushima Daiichi news, this came as no surprise at all.

TEPCO admitted it was aware of the meltdowns from the inception and apologized, saying a declaration should have been made to the public.

Despite the acknowledgement of wrong-doing in the press release, on the other hand, TEPCO says it didn’t break the law, and did what was required when it reported the meltdowns to the Japanese Government within three days. But the company downplayed the severity to the public, allowing people to linger in worry, and to remain ignorant of the fact that dangerous radiation had already been spewed and rained down onto the population. And sadly, the Japanese government didn’t let them know either.

As per TEPCO’s own Disaster Management Manual, a meltdown is to be declared if five percent of the fuel in a reactor has been damaged. TEPCO spokeswoman Yukako Handa told the Japan Times it was ascertained that 55 percent of the fuel in Reactor No. 1, and 25 percent in Reactor No. 3 had been “damaged,” based on the high levels of radiation detected, and that company staff was aware of this just hours following the accident. Comforting to few, TEPCO also says it will investigate itself as to why it didn’t follow its own rules and publicly declare the incident.

Many news agencies downplayed the significance of TEPCO telling on itself with soft headlines like, “Fukushima meltdown announcement made months late,” ” Fukushima disaster: Tepco admits late meltdown announcement,” and, “TEPCO admits announcing Fukushima nuclear plant meltdowns far too late.” TEPCO shall get no such treatment at EnviroNews World News.

“Lied” is a strong word, but let’s be clear: Intentionally deciding to selectively not disclose certain facts as part of a damage control campaign is a lie, and in TEPCO’s case reeks of negligence.

Interestingly, in other TEPCO headline news this past week, Japanese prosecutors announced that criminal indictments against three TEPCO executives, including its former chairman are immanent, and will likely be filed before March 1.

WHY DOES THE PUBLIC NEED TO KNOW AS SOON AS POSSIBLE WHEN A MELTDOWN IS IN PROGRESS?

Why is it critical for the public to know as soon as humanly possible when a meltdown is underway? For one, so people can get the heck out of there, but secondly, so people can take iodine capsules or other protective supplements in a timely fashion.

It has long been encouraged for people living near nuclear reactors to keep iodine supplements on-hand for consumption in the event of a meltdown. The idea is that the non-radioactive iodine supplement will saturate a person’s thyroid gland, so that the incoming radioactive iodine is then treated as excess by the body, not taken up by the thyroid, and excreted through the body’s natural pathways of elimination.

The problem is, if these supplements are not administered immediately after a meltdown starts, before the environment and air becomes inundated with radioactive iodine, the pills do nothing to protect a person at all. Noteworthy is the discovery that approximately 48% of the ground-zero children from Fukushima Prefecture are displaying thyroid abnormalities — and that number has been steadily rising.

Some 39 months after the multiple explosions at Fukushima, thyroid cancer rates among nearby children have skyrocketed to more than forty times (40x) normal.

More than 48 percent of some 375,000 young people—nearly 200,000 kids—tested by the Fukushima Medical University near the smoldering reactors now suffer from pre-cancerous thyroid abnormalities, primarily nodules and cysts. The rate is accelerating.

In all three of the world’s highly publicized meltdowns, Three Mile Island, Chernobyl, and Fukushima, the operators of the plants did the same thing: attempted to quell concern by pacifying the public as to the severity of the incident in the press, while everyone was sitting there being poisoned. By the time anyone started ingesting iodine capsules, it was already too late.

The next big problem is that iodine is only one of dozens of deadly isotopes released in a meltdown. Another great reason to inform the public ASAP so they can get the hell out of Dodge.

A COVERUP FROM DAY ONE

Alarms of a Fukushima meltdown-coverup were sounded early after Koichiro Nakamura, a senior Nuclear and Industry Safety Agency (NISA) official, said at a press conference the day following the tsunami that a “meltdown of the reactor’s core” may be underway. Nakamura was immediately removed from all PR duties with the agency — an agency that has since been abolished and replaced with a new regulatory body — the Nuclear Regulation Authority (NRA).

NISA had taken tremendous heat following the accident for its handling of the situation and for glaring conflicts of interest, because its parent organization, Ministry of Economy, Trade and Industry (METI), is charged with promoting nuclear power in Japan. Ultimately, NISA was dissolved in September of 2012 and swapped for the NRA.

With the five-year anniversary of the massive tsunami and subsequent triple reactor meltdown at Fukushima Daiichi rapidly approaching, many are hoping this one admission by TEPCO may become the first in a pattern of good behavior — a first step in coming clean about the many dark secrets engulfing the demolished scene at what was once the world’s tenth largest nuclear power plant.