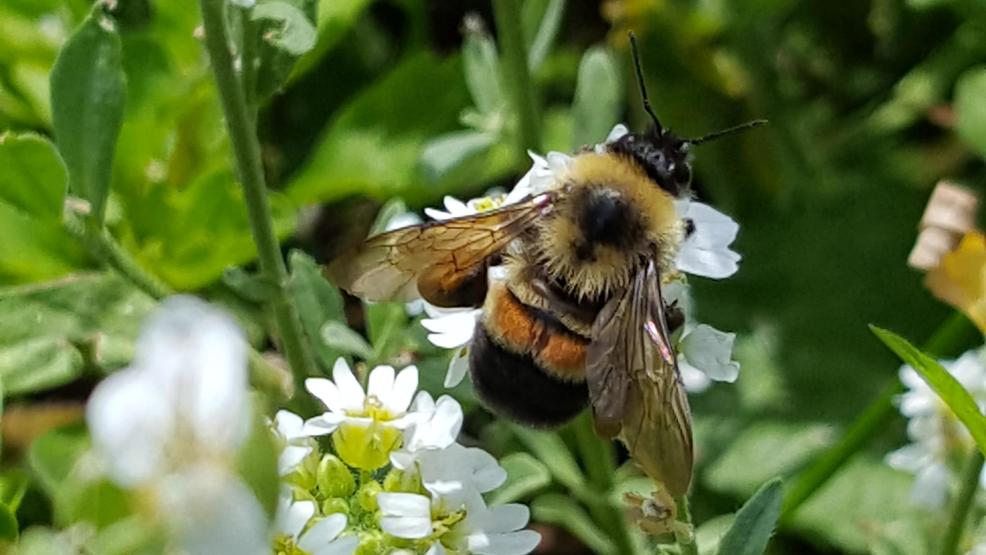 (EnviroNews Nature) — Washington D.C. — Rusty patched bumblebees (Bombus affinis) buzz, they bumble, they vibrate, and they knock a helluva lot of pollen loose from the flowers they visit — more than honeybees to be sure. They can fly and work in colder temperatures too, making them a very effective worker bee indeed. And unlike honeybees, they are actually a native species of these here United States. But on September 1, 2020, the U.S. Fish and Wildlife Service (USFWS) said the small but powerful pollinator was not worthy of any “critical habitat” where it can actually be protected — this, after the agency listed the fuzzy critter under the Endangered Species Act (ESA/the Act) for protection on January 11, 2017. The announcement has made environmental organizations madder than a hornet and has them preparing for battle.

Previously found in 28 states ranging from Connecticut to South Dakota, it is estimated that the bee currently exists on a dismally low 0.1 percent of its historic range, while suffering a disastrous 87 percent decline in the last 20 years. Numbers like these led to the USFWS listing it under the Act in the first place — after a lot of petitioning from conservationists that is. Of the over 4,000 native bee species in the continental United States, it is the first ever to gain ESA protection (seven species of yellow-faced bees native to Hawaii were listed in 2016).

But it’s not only the bee itself that is declining, it’s its habitat too. Gobbled up by development and rural sprawl, America’s fast-vanishing open space and flora leaves biologists and bee lovers alike to wonder where this creature can receive safe haven and make a recovery at all.

“This was a disappointing decision,” Tara Cornelisse told EnviroNews in an exclusive online interview. Cornelisse is an entomologist and a senior scientist with the Endangered Species Program at the Center for Biological Diversity (the Center). “While the rusty patched bee is a protected species under the ESA and protected from take, without critical habitat designation, the places the bee needs to survive and recover are not protected.”

But the USFWS doesn’t see it that way.  In a “notice of final determination” published in the Federal Register, the agency wrote, “We have now determined that [a critical habitat] designation would not be prudent.” The summary of the determination reads thusly:

Cornelisse does not agree, rebuffing those assertions when speaking with EnviroNews. “Without protected habitat, the potential for this endangered species to recover will be greatly reduced, as over 75% of its habitat has already been lost.” 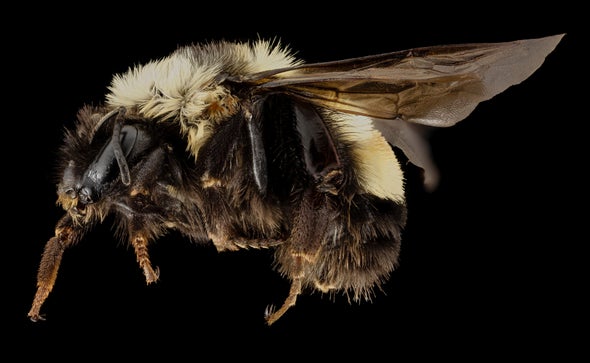 Because the rusty patched is considered a “generalist,” meaning it uses a vast array of flowers for food and a variety of different terrains for shelter, the USFWS contends it doesn’t need any special habitat protection to survive.

“The designation of critical habitat plays a very specific role in species recovery and is prudent when a species’ recovery is dependent on specific habitat elements it needs to survive,” said Lori Nordstrom. Nordstrom is the Assistant Regional Director for Ecological Services in USFWS’ Great Lakes region. “As a habitat generalist, the rusty patched bumblebee can find the habitat it needs in a variety of ecosystems, including prairies, woodlands, marshes, agricultural landscapes and residential parks and gardens, all of which are abundant across the bee’s range.”

But environmentalists and entomologists fervently disagree with that position. “Unfortunately, this reasoning ignores the fact that habitat loss is indeed a threat to the bee, especially considering that it requires a large area of diverse flowers that are free of pesticides and pathogens,” Cornelisse continued to EnviroNews. “The bee needs pesticide-free areas with diverse flowering plants adjacent to natural areas such as mixed grasslands and woodlands that provide nesting and overwintering sites.”

As is the case with so many ESA listings, this is again a situation where industry and nature collide. And while NGO conservation groups are fighting to force the government to uphold its own environmental policies and protect animals and the places where the live, industrial special interests are fighting just as hard for the right to exploit these wild areas. “There’s a high likelihood that landowners or home builders would be encumbered” with a habitat designation, said Michael Mittelholzer, Vice President for Environmental Policy with the National Association of Home Builders.

Bombus affinis initially gained ESA consideration after the Xerces Society filed a petition in 2013. USFWS agreed to list the fuzzy bumbler at the end of the Obama Administration.  After Trump took office, his USFWS tried to delay that listing but relented after a lawsuit was filed by the Natural Resources Defense Council (NRDC).

Donald Trump’s administration has levied a series of attacks, rule changes and rollbacks on the Endangered Species Act  — a wildly popular law that polling shows over 80 percent of the U.S. population supports. One of those tweaks changed the rules so that if habitat loss is not the primary cause of a distressed species’ decline, then it can be excluded from receiving critical habitat designations. And this has now become the story of the rusty patched bee.

The NRDC has indicated that another lawsuit may be on the horizon following the agency’s Sept. 1 announcement. Rebecca Riley, an attorney with the organization called the move “shocking” and said, “We were expecting the Fish and Wildlife Service to do its job and protect what is left [of the bee’s habitat].”

Suffering a 75 percent habitat loss is going to affect any species adversely. But in the case of this unique insect, other factors likes pathogens, pesticides and climate change are also at play. USFWS has used these other detrimental factors to justify not giving the bee any habitat under the Trump Admin’s new rule changes.

Captive breeding programs are also being considered to help bolster the bee’s numbers — a concept that has wildlife biologists concerned due to the possibility of pathogen spillover. “This is something that would need to be very carefully considered given the threat of pathogens already faced by the rusty patched,” Cornelisse told EnviroNews. “What the bee really needs is pesticide and pathogen-free diverse habitat — habitat that should be protected under the ESA as designated critical habitat.”

The rusty patched bumblebee pollinates 65 different genera of plants, and is a key pollinator for food-crops such as cranberries, plums, apples, onions, and alfalfa. The USFWS says citizens can help the bee by growing a garden and planting native flowering trees and shrubs. The agency also says if people leave part of their yard unmowed and unraked that this can help the creature overwinter.

Produced before the critter received its ESA listing, a short film featured in bioGraphic Magazine titled, Forgotten but not Gone: The Rusty Patched Bumblebee, features some awe-inspiring footage of the bee in its native environments and talks about why this species is worth saving.

OTHER BEE REPORTS FROM ENVIRONEWS

Bumblebees Will Now Deliver and Deploy a New EPA-Approved Pesticide in an Effort to Save Bees – How’s That Work?

(EnviroNews USA Headline News Desk) – Washington DC – The U.S. Environmental Protection Agency (EPA) is allowing an exemption for a new type of organic fungicide aimed at helping bumblebee populations in distress. The delivery method for the new substance: the bees themselves. The new rule marks the…

(EnviroNews USA Headline News Desk) – Neonicotinoids, which are powerful insecticides and neurotoxins, have been found in the finished drinking water of two Iowa public water facilities. These chemicals were detected by U.S. Geological Survey (USGS) researchers, whose findings were published in a study titled, Occurrence of Neonicotinoid…