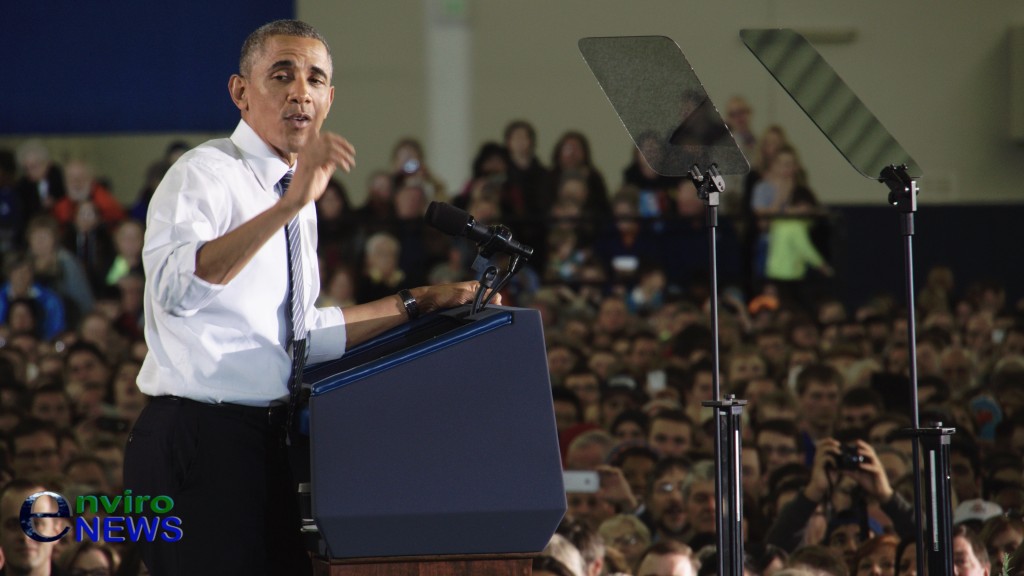 (EnviroNews World News) — Washington D.C. — On October 5, 2015, President Barack Obama notified the public of his intention to set aside American waters for two new marine life reserves — one in the tidal waters of Maryland — the other in Wisconsin’s Lake Michigan.

Obama made the announcement by way of a video circulated online, wherein the President spoke of a special connection he had with the ocean having grown up in Hawaii and Indonesia.

Obama also declared in the video that he was planning to set aside even more American waters for protection before the end of his term stating, “I refuse to leave our children with a planet that’s beyond their capacity to repair.”

Because one of the areas the President plans to designate is in Lake Michigan, the announcement does raise an interesting question: Does his plan involve any strategy to eliminate the threat posed by the 62-year-old, looming, corroding, Line 5 tar sands pipeline, beneath the Straights of Mackinac (a connection point for Lakes Michigan and Huron), operated by Canadian company Enbridge?

Unfortunately, media spokespeople at the White House failed to answer EnviroNews inquiries today on the Enbridge Line 5 pipeline as it relates to the announced Lake Michigan marine reserve. Therefore, it remains unknown to us at this time if the President’s plan involves any strategy to remove the danger presented by the antiquated tar sands oil pipeline, beneath the water’s surface.

Enbridge is a company with a safety record that looks much like the product it transports — black and sticky. Enbridge dumped 800,000 gallons of Canadian bitumen crude into Michigan’s Kalamazoo River in 2010, in what was one of the most destructive inland oil spills in U.S. history.

The Line 5 pipeline has received much criticism in recent years, as it is over a decade beyond its expected lifespan. The Kalamazoo tar sands spill of 2010 wrecked a community and left it reeling from health issues from an environment turned toxic by an epic industrial blunder.

Citizen-journalists released shocking videos featuring dozens of area residents discussing their health problems in the wake of the spill.

Our question to the White House still stands: If the President’s new declared reserve in Wisconsin is not accompanied by a strategy to shut down old risky tar sands pipelines running right through the Great Lakes, should Americans take the gesture seriously at all?