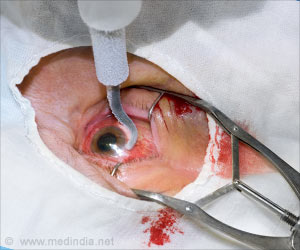 (EnviroNews World News) — Kobe, Japan — For more than two million Americans, straight lines may look wavy and the vision in the center of their eye may slowly disappear. It’s called age-related macular degeneration (AMD), and there is no cure. But that may change soon.

A surgical team at Kobe City Medical Center General Hospital in Japan recently injected 250,000 retinal pigment epithelial (RPE) cells into the right eye of a man in his 60s. The cells were derived from donor stem cells stored at Kyoto University. It marked the first time that retinal cells derived from a donor’s skin have been implanted in a patient’s eye. The skin cells had been reprogrammed into induced pluripotent stem cells (iPS), which can be grown into most cell types in the body.

The procedure is part of a safety study authorized by Japan’s Ministry of Health that will involve five patients. Each will be followed closely for one year and continue to receive follow-up exams for three additional years. Project leader Dr. Masayo Takahashi at Riken, a research institution that is part of the study, told the Japan Times, “A key challenge in this case is to control rejection. We need to carefully continue treatment.”

A previous procedure on a different patient in 2014 used stem cells from the individual’s own skin. Two years later, the patient reported showing some improvement in eyesight. But the procedure cost $900,000, leading the study team to move forward using donor cells. They expect the costs to come down to less than $200,000.

Among people over 50 in developed countries, AMD is the leading cause of vision loss. According to the National Eye Institute, 14 percent of white Americans age 80 or older will suffer some form of AMD. The condition is almost three times more common among white adults than among people of color. Women of all races comprise 65 percent of AMD cases.

The lack of a cure has led some to try unproven treatments. Three elderly women lost their sight after paying $5,000 each for a stem cell procedure at a private clinic in Florida. Clinic staff used liposuction to remove fat from the women’s bellies. They then extracted stem cells from the fat, which were injected into both eyes of each patient in the same procedure, resulting in vision loss in both eyes. Two of the three victims agreed to a lawsuit settlement with the company that owned the clinic.

Stem cell therapy is still at an early stage. As of January 2016, 10 clinical uses have been approved around the world, all using adult stem cells. These include some forms of leukemia and bone marrow disease, Hodgkin and non-Hodgkin lymphoma and some rare inherited disorders including sickle cell anemia. Stem cell transplants are now often used to treat multiple myeloma, which strikes more than 24,000 people a year in the U.S.

Clinical trials to treat type 1 diabetes, Parkinson’s disease, stroke, brain tumors and other conditions are being conducted. The first patient in a nationwide clinical study to receive stem cell therapy for heart failure recently underwent the procedure at the University of Wisconsin School of Medicine and Public Health. An experimental treatment at Keck Medical Center of USC last year on a paralyzed patient restored the 21-year-old man’s use of his arms and hands. Harvard scientists see stem cell biology as a path to counter aging and extend human lifespans. But the International Society for Stem Cell Research warns that there are many challenges ahead before these treatments are proven safe and effective.

The U.S. Food and Drug Administration (FDA) regulates stem cells “to ensure that they are safe and effective for their intended use.” But, that doesn’t stop some clinics from preying on worried patients. The FDA warns on its website “that the hope that patients have for cures not yet available may leave them vulnerable to unscrupulous providers of stem cell treatments that are illegal and potentially harmful.”

While there is yet no magic cure for AMD, the Japan study and others may one day lead there. The Harvard Stem Cell Institute (HSCI) in Boston is currently researching retina stem cell transplants. One approach uses gene therapy to generate a molecule that preserves healthy vision. Another involves Müller cells, which give fish the ability to repair an injured retina.

But these therapies are far off. “We are at about the halfway mark, but there is still a precipitous path ahead of us,” Takahashi said.