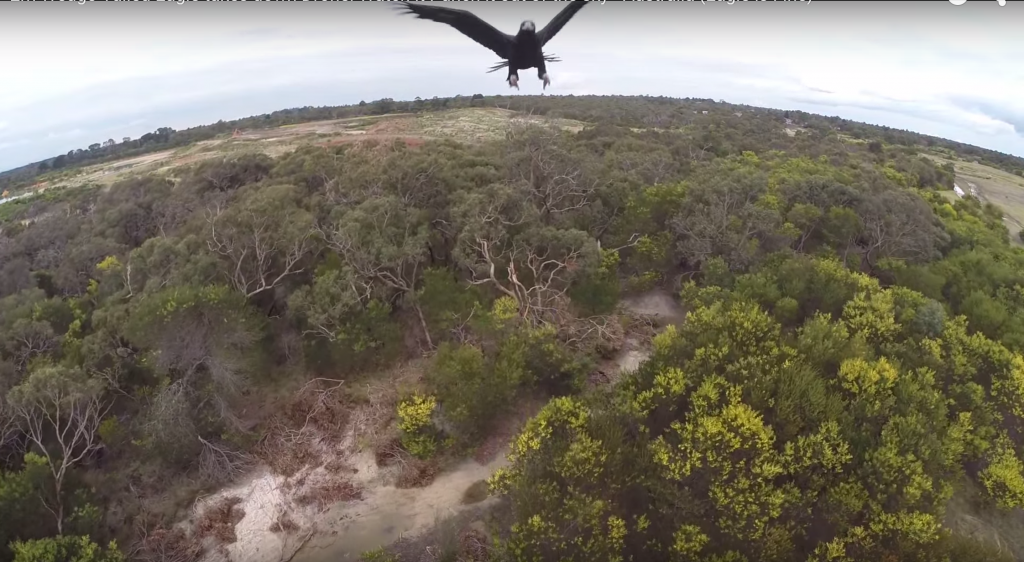 (EnviroNews World News) — Victoria, Australia — Aquila audax, or the Australian wedge-tailed eagle, is one of the largest and most powerful predatory birds sailing the skies above planet earth to be sure, but what one member of the species did in this video is simply something you must see to believe.

While flying a camera drone over grasslands near Victoria, Melbourne Aerial Video had one of its drones “punched” out of the sky by the powerful bird of prey.

It’s easy enough from the video to see the drone crashed and burned, but what about the eagle that smacked down the object — a piece of technology with spinning, potentially-dangerous, little propellers?

According to The Guardian, the bird nonchalantly continued on its way, unscathed by the encounter with the little robotic airspace invader.

Here’s that same video in slow-mo.

It turns out this isn’t the first time a powerful aerial raptor has attacked a drone invading its territory. We were able to find several other videos around the web, where birds effectively destroyed flying robots entering their airspace. Have a look below.