(EnviroNews Nature) — On May 10, 2017, Senator John Barrasso (R-WY), Chairman of the Senate Committee on Environment and Public Works (EPW), led a committee oversight hearing called, “Conservation, Consultation and Capacity: State Views on the Need to Modernize the Endangered Species Act.” Green groups decry Barrasso’s desire to “modernize” the Endangered Species Act (ESA) as a gross abandonment of the federal government’s responsibility to imperiled species and their habitats.

Erik Molvar, Executive Director of the Western Watersheds Project, described Barrasso’s efforts as being “about fundamentally gutting one of our nation’s most important bedrock conservation laws and replacing science-based decision-making with political horse-trading that sells out our endangered wildlife.”

In recent years, state governments and their state fish and wildlife agencies have increasingly voiced concerns that the Endangered Species Act isn’t living up to its conservation potential. So have counties, wildlife managers, home builders, construction companies, farmers and ranchers, and other stakeholders.

In contrast, the Center pointed out in a press release, “The ESA has been more than 99 percent effective at saving species under its protection from extinction and has put hundreds more on the road to recovery.” The humpback whale (Megaptera novaeangliae) and bald eagle (Haliaeetus leucocephalus) are among those recovered species and a 2015 poll reveals 90 percent of Americans support the ESA as is. The Center has taken the lead in protecting hundreds of endangered species and their habitats through successful lawsuits against the federal government. 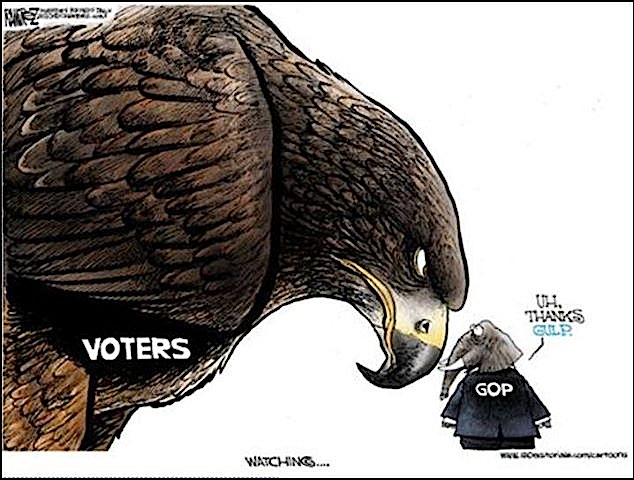 In his testimony, Barrasso advocated for states to have a greater role in the administration of the ESA:

He also brought up that in March of 2016, the AFWA adopted a set of principles to modernize the ESA and that in June 2016, the Democrat and Republican Western Governors’ Association (WGA) adopted the WGA’s Endangered Species Act policy. This policy is an initiative presenting recommendations for changing the ESA. Barrasso found three repeating themes in these revisionary efforts — conservation, consultation and capacity.

Jamie Rappaport Clark, Defenders of Wildlife President and CEO and former Director of the U.S. Fish and Wildlife Service (USFWS) under Bill Clinton, shared an opposing view at the hearing earlier this year. While she recognized the states’ role as conservation partners, she also stated:

…the ultimate responsibility under the ESA lies with the federal government, acting through [USFWS] and the National Marine Fisheries Service (NMFS), to make science-based decisions about the status of imperiled species and actions necessary to ensure their continued existence and ultimate recovery… the federal government is the appropriate authority to ensure that at-risk species are conserved according to the best available science under the ESA, rather than local economic and political considerations.

In contrast, Wiley testified that “state agencies often do the greatest share of work managing federally listed species and dealing with associated challenges,” and that most state agencies would like to be more involved with ESA decisions.

Director Coit concurred, calling for states to have a bigger role in ESA listing decisions, target population recovery plans, monitoring, outreach and collaboration. She said the best way to achieve these goals was to give the state agencies “sufficient resources.”

Director Voyles dedicated part of his testimony to share the AFWA’s ESA priorities. These include, in part, increasing the role of state fish and wildlife agencies, improving the listing process, developing “science based recovery plans for listed species, providing opportunities for the states to lead recovery planning and implementation,” and creating “more specificity and flexibility in the delisting process.”

The focus by Barrasso and these state wildlife officials on “avoiding” listing species as endangered, easing the ESA’s de-listing process and giving the states more power and prerogative in designating or not designating critical habitat, worries conservationists.

The Center for Biological Diversity maintained in the press release that loosening or repealing federal protections and “putting more wildlife management power into state hands would undo much of the progress that has been made in recovering endangered species.” They also assert that most states do not have established protections for critical habitat or effective conservation programs in place.

The NGO also researched and reported on the significant underfunding of endangered species recovery. Noah Greenwald, the Center’s Endangered Species Director, explained that at present, the USFWS only “gets roughly 3.5 percent of the funding federal biologists estimate is needed to recover species.”

“False claims about the Endangered Species Act’s effectiveness denigrate underfunded scientists trying to save imperiled wildlife on a shoestring. Rather than continuing these mean-spirited and disingenuous attacks, Senator Barrasso and other Senate Republicans should fully fund the Act so more species can be saved from extinction,” said Brett Hartl, Government Affairs Director at the Center.

Similarly, Daniel Ashe, President and CEO of the Association of Zoos and Aquariums (AZA) and former USFWS Director under Barack Obama, stated this at the February hearing:

Species protection and conservation requires long-term commitment by all of us… The AZA and its members fully support the Endangered Species Act, and we look forward to working with Congress to assure that the agencies responsible for carrying out the mandates of the Act receive the necessary funding, human resource capacity and regulatory flexibility to succeed.

Greenwald wrote about Barrasso’s efforts to “disassemble” the ESA in the Huffington Post:

As Endangered Species Director for the Center for Biological Diversity, it’s deeply troubling to see politicians purposely mislead the American public in an effort to loosen regulations, especially ones that would further degrade protections for our most imperiled wildlife and their habitats.