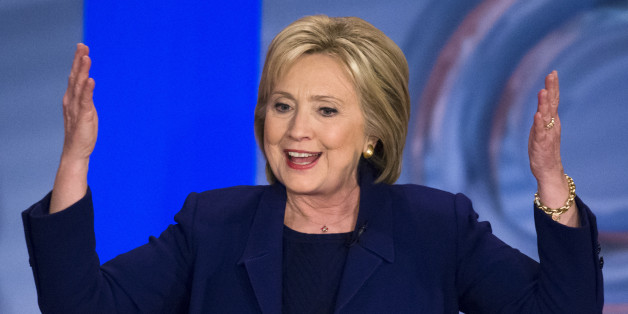 (EnviroNews Polls) — In a stunning turn of events, Democratic presidential candidate Hillary Clinton said last friday night, that she wants to put a halt to fossil fuel extraction on federal lands. Clinton made the announcement at a campaign event when pressed by an activist/citizen-journalist concerned with climate change.

“Would you end all oil, coal and gas leases on federal lands?” asked Adam Greenberg of 350 Massachusetts to Clinton. “I want to impose a moratorium — because there are legal issues we have to work through,” the candidate replied.

That’s one helluva a bold statement to be sure — but does she really mean it? After all, talk is cheap these days, and even cheaper during campaign season.

The candidate has taken flack in the media cycle of late, for being pulled off-message to the left by the increasing popularity of Bernie Sanders’ progressive campaign.

Clinton has also been widely criticized by the left for waffling around on environmental issues and whimsically pandering to the political trend of the day — coming to the dance when the dance was already over on issues like Keystone XL and Shell’s arctic drilling plan.

Lastly, Clinton has also been dubbed as a proponent of the controversial extraction technique known as “fracking,” making her monumental moratorium announcement that much more shocking.

Considering Clinton’s track-record and her previous positions on environmental issues, we leave it to you, our reader, to decide: Does Hillary Clinton mean what she says about halting fossil fuel extraction on federal lands? Please cast your vote above in the official poll.

EnviroNews Poll: Who Is The Greener Candidate? Sanders or Clinton?