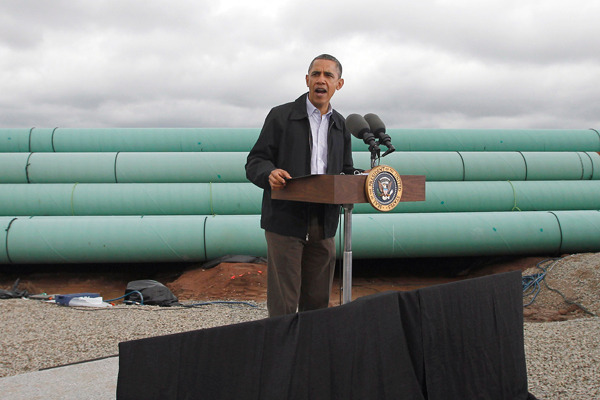 (EnviroNews World News) — On the morning of November 6, 2015, President Barack Obama stood before the media in Washington D.C. to express his support for the State Department’s most recent decision — an all-out rejection of the proposed fourth and final leg of the Keystone XL Pipeline.

The project has arguably been the most controversial and hotly contested environmental issue in U.S. history, and has been lagging on for years — but today, in front of the podium with Secretary John Kerry and Vice President Joe Biden, Obama put an end to the project — mostly likely once and for all.

TransCanada, the applicant behind the proposal, must have smelled the State Department’s decision coming, as it put in a request to suspend the permitting process on Monday, citing issues on the ground in the state of Nebraska as the reason. Apparently, the White House, nor the State Department bought that bag of goods and responded by killing the project for good.

Regarding TransCanada’s request for a timeout, on Tuesday, White House Press Secretary Josh Earnest said, “there may be politics at play,” insinuating that TransCanada may have been attempting a stall tactic in order to put the decision over to a pro-Keystone, GOP president — should one capture the White House in the upcoming election.

Earlier in the week, Kerry had countered by cutting TransCanada off at the pass by rejecting the request to pause the application process — and today, the Secretary delivered what will almost certainly be the final deadly blow to the embattled project.