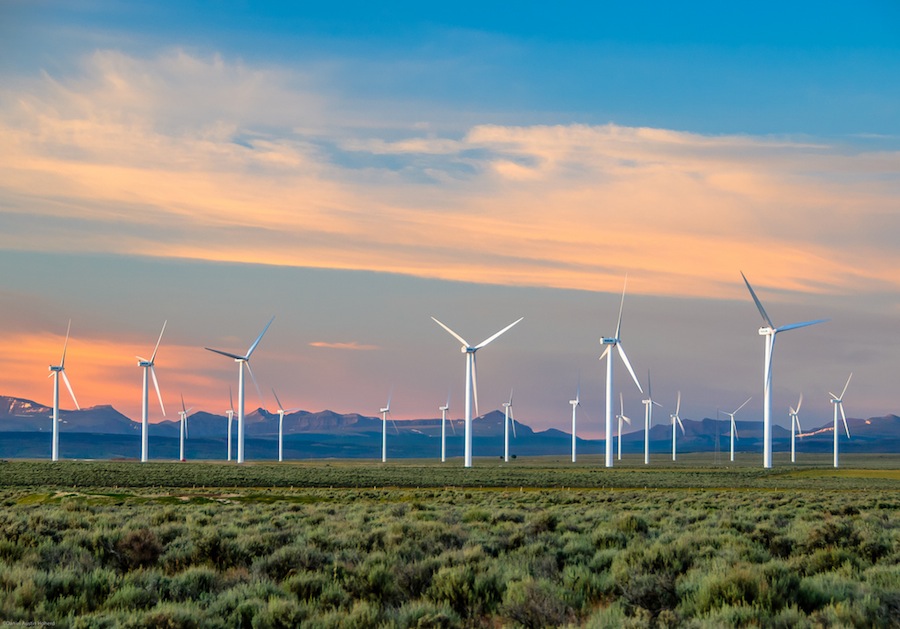 (EnviroNews Wyoming) — Cheyenne, Wyoming — In the second week of 2017, nine Republicans submitted Senate Bill 71 to the Republican-dominated Wyoming legislature — a bill that would outlaw and penalize the large-scale production of wind and solar energy in the Cowboy State. If the bill becomes law, small-scale clean energy projects like rooftop solar and backyard wind turbines would be allowed but any utilities providing clean energy would be fined $10 per megawatt hour.

The bill would require utilities to use “eligible resources,” specified as coal, natural gas, hydroelectric, net metering sources (including the smaller clean energy projects mentioned above), oil and nuclear. Utilities would have to use these sources for 95 percent of their sales in 2018 and all of their sales in 2019. Utilities that already provide clean energy in-state, such as Rocky Mountain Power and Black Hills Energy, would not be permitted to offset the financial penalties by increasing customer rates.

Wyoming is the least populous U.S. state but is the second largest energy producer. Wyoming is the largest coal producer in the country and energy-related mining is its largest industry. The U.S. Energy Information Administration (EIA) reports in 2015, “almost 88 percent of net electricity generation in Wyoming came from coal and nearly 11 percent came from renewable energy resources, primarily wind.” A 1,000-turbine wind farm is currently being constructed in Wyoming which, under the proposed provision, would only be allowed to sell the power produced to out-of-state markets without suffering the penalty.

Wyoming already imposes the only tax on wind-energy in the U.S. In contrast, many states are incentivizing renewable energy as these sources become increasingly affordable. While Wyoming is naturally windy, the established fees and even the threat of increases may deter wind developers; as Robert Godby, Director of the University of Wyoming’s Center for Energy Economics and Public Policy said, “the fact that [this bill] has been run up the flagpole might have some negative consequences.”

Inside Climate News reports the bill’s sponsors (Senators Larry Hicks and Ogden Driskill and Representatives Mark Baker, Jim Blackburn, Scott Clem, Roy Edwards, Tyler Lindholm, Mike Madden and David Miller) largely represent top coal-producing areas in the state. Clem and Hicks are climate change-deniers. Miller, of Fremont County, told Inside Climate News that while he feels the bill probably has less than a 50 percent chance of passing, he supports it because he wants his constituents to benefit from coal’s low cost.

Miller’s stance does not take into account the growing affordability of green energy or the diverse negative externalities of coal, including medical and funeral costs relating to cancer, cardio-pulmonary problems and other disease. Nor does it factor in subsidies for things like repaving roads destroyed by coal trucks every few years. A 2011 Harvard study estimated coal’s costs to the U.S. at between $330 and $500 billion dollars annually. The study states along with coal’s contribution to global warming, “health and environmental hazards stem from exploration, extraction, processing, transport and combustion, and the large waste stream of air and water pollutants generated.” These significant externalities are not included in the “cheap” per-kilowatt costs often touted by coal proponents.