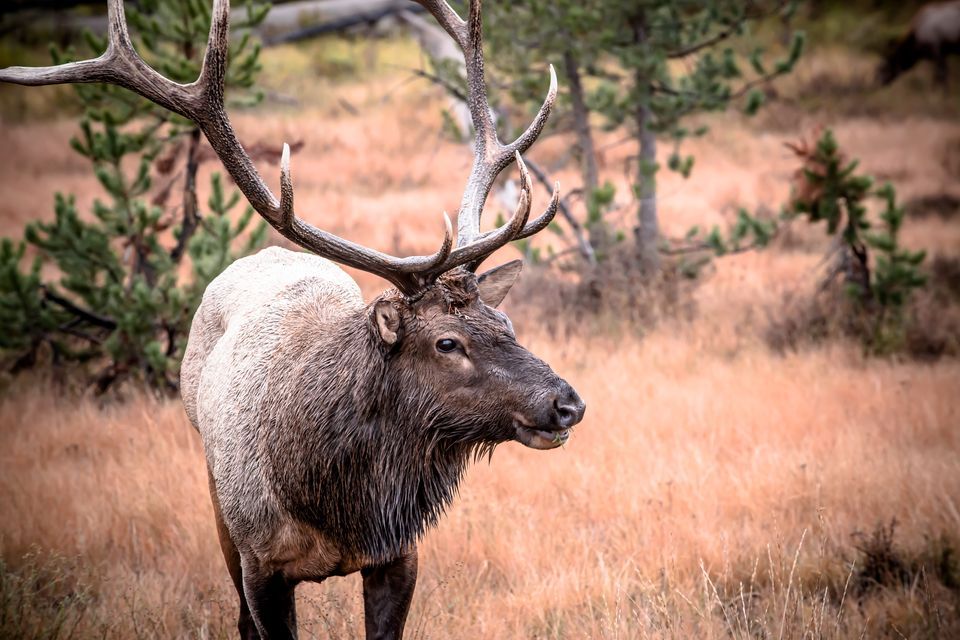 (EnviroNews Nature) — In the late 1980s, farmers in Great Britain started to notice their cows stumbling around, acting strangely and losing weight. The problem got continually worse, until in 1993, more than 36,000 cattle in the UK died in a single year from mad cow disease.

Prior to 1996, the disease, scientifically known as bovine spongiform encephalopathy (BSE), was not believed to be a threat to humans. The British Government, in an effort to avoid a panicked reaction to the mad cow crisis, told the public the risks to humans were remote. “It is now clear that this campaign of reassurance was a mistake,” stated the report of a Parliamentary inquiry in 2000. “When on 20 March 1996 the government announced that BSE had probably been transmitted to humans, the public felt that [it] had been betrayed.”

In fact, mad cow disease had been transmitted to humans as a variant of Creutzfeldt-Jakob disease (vCJD), a related brain disease that afflicts about one in 1,000,000 people. From 1996 to 2014, 229 cases of vCJD were reported in 12 countries, including four in the U.S. It is incurable and inevitably fatal.

BSE, as well as CJD and vCJD, are linked to malformed proteins known as prions (pronounced pree-on). Since they are not viruses or bacteria, they do not elicit an immune response from the body. Thus, they go undetected and can progress quietly for many years. In humans, the average incubation period for CJD is estimated at about 17 years, but can be as short as 15 months or as long as 40 years. Cattle can be infected with BSE from two to eight years before showing symptoms.

Chronic wasting disease (CWD), another prion disease, affects cervids: mule deer, white-tailed deer, elk, moose and caribou. It is found in 24 states and two Canadian provinces as well as Norway and South Korea. Some of the cases have occurred in captive herds, where the animals are likely to be euthanized once the disease is detected. In the wild though, infected animals weaken slowly until they can no longer forage for enough food; becoming disoriented and feeble, they wind up easy prey for cougars, bears or wolves.

Dr. Debbie McKenzie, a biologist at the Center for Prions and Protein Folding Diseases at the University of Alberta, told EnviroNews Nature:

The disease is spread naturally via movement of cervid populations. Infected animals shed CWD prions in saliva, feces and urine. We and others have demonstrated that the CWD prions bind avidly to soil and soil minerals and that the infectivity can persist for years in the environment. As infected deer move across the landscape, they can infect other deer directly by animal to animal contact or indirectly via environmental contamination.

A 2016 report by Michael W. Miller of the Colorado Division of Parks and Wildlife and John R. Fischer of the University of Georgia states, “Based on experience to date, the true geographic distribution of CWD likely remains underestimated.”

No human infections related to CWD are known. However, the Centers for Disease Control and Prevention (CDC) warns, “Because of the long time between exposure to CWD and the development of disease, many years of continued follow-up are required to be able to say what the risk, if any, of CWD is to humans.”

Zoonotic diseases such as malaria, Lyme disease and rabies, are those that can be transmitted from animals to humans. Laboratory studies have indicated that a “species barrier” may exist, preventing CWD prions from infecting humans. The caveat however, is that BSE prions do cause disease in humans, and that 92 percent of squirrel monkeys given CWD prions orally in a 2014 study were susceptible to infection. In the same study though, cynomolgus macaques did not show susceptibility. The study, published in Emerging Infectious Diseases, concluded that humans are at a low risk of contracting CWD, but stated, “Nevertheless, it remains sensible to minimize exposure to tissues potentially contaminated with the CWD agent.”

McKenzie said that among the most significant new developments in the field is the identification of different CWD strains. “The importance of strains is that each prion strain has unique characteristics.” These include different incubation periods, neuropathology and range distribution. “This becomes important when assessing the zoonotic potential of CWD. Most of the work performed to date addressing the question of zoonotic potential has centered on the most common strain of CWD; the emerging strains have not been tested yet.”

Even though mad cow disease has now been reduced by regulations banning the use of cattle and chicken byproducts in cattle feed, there may be thousands of Europeans walking around with latent variant Creutzfeldt-Jakob disease who don’t even know it.

But new studies, published December 21, 2016, in Science Translational Medicine, show promising results for early detection of the disease through blood exams. The tests were 100 percent accurate in diagnosing vCJD in 32 patients against 391 healthy controls. Currently, detection is only possible once symptoms appear and can only be confirmed by examining brain tissue after death.

A separate study published in the Proceedings of the National Academy of Sciences in 2013 found that the antihistamine Astimezole lengthened the lifespan of mice infected with prion disease. The study was funded in part by the National Institutes of Health (NIH), which has been targeted for a $5.8 billion budget cut by the Trump Administration.

Responsibility for dealing with prion diseases in the U.S. is spread among multiple state and federal agencies. At the federal level, the CDC is primarily responsible for human disease. The Food and Drug Administration (FDA) handles human protection efforts while the U.S. Department of Agriculture (USDA) regulates and inspects slaughter practices. Research is the purview of the NIH. Oversight takes place at the Department of Health and Human Services (HHS).

In addition to proposed cuts at NIH, which includes the CDC, Trump’s budget proposal calls for slashing $9.3 billion from HHS beyond the cuts targeted for the NIH. The Administration also seeks to slash $4.7 billion from the USDA.

Research and action on prion diseases inside some of these agencies is already weak, out of date or underfunded. The FDA’s recommendations to industry on the use of deer and elk in animal feed were issued in 2003 and are non-binding. The HHS management plan for CWD is 15 years old.

Meanwhile, CWD is a rapidly growing problem. On March 28, 2017, an entire herd of more than 70 deer were euthanized at a deer farm in Iowa after CWD was detected. In Wisconsin, testing by the state’s Department of Natural Resources in 2016 found 7.3 percent of the state’s deer were infected with CWD. The disease has been moving west across the state of Wyoming and now threatens the Jackson Hole area, which has so far been uninfected.

A study released in January 2017 found infected mule deer just 35 miles from the National Elk Refuge (NER) in Jackson Hole. Infected elk are within 160 miles of the refuge. The elk that concentrate in the NER during winter migrate as far as Yellowstone and Grand Teton National Parks.

The disease spreads more easily where elk are concentrated in refuges, which is partly the result of a feeding program. “Supplemental winter feeding for elk has occurred on the NER and U.S. Forest Service lands in Wyoming for over 100 years,” the study states. “This practice typically results in a highly concentrated elk herd from January to April.” Some 46 winter feeding grounds are located in the western U.S., in what is becoming an evermore controversial practice due to the explosion of CWD in America’s ungulates.

The Jackson elk herd numbers about 11,000 animals. Local predators include wolves, coyotes, cougars and bears. Hunting is allowed on the refuge. The study, conducted by the National Park Service and U.S. Fish and Wildlife Service, determined that if CWD reaches the refuge and hunting continues, the elk population could decline below a sustainable level. “A declining population becomes more probable with increasing disease prevalence, particularly in the presence of recent harvest levels,” the study concluded.

Outside the U.S., Norway has just announced plans to exterminate an entire herd of up to 2,200 caribou to stop the spread of CWD, which arrived in Europe in 2016. Many wildlife managers in the U.S. have resorted to special hunts or to using sharpshooters to cull herds, though few such programs have worked.

The only state known to have had success in eliminating CWD within its borders is New York. The disease was found in two deer in captive facilities and two wild deer in 2005. Aggressive efforts to manage and monitor the state’s deer population have paid off: no new cases of CWD have been found in the past 11 years. And that has been the sole bright spot in an otherwise dark story.

In 1997, CWD had only been discovered in three states: Colorado, Wyoming and South Dakota, as well as Saskatchewan, Canada. Twenty years later, it ranges from Montana to Texas, west to Utah and east to the Great Lakes region, as well as into Alberta. Some observers see a scary parallel with mad cow disease — only this time, the killer is on the loose in the wild, not in captivity.

Writing in ZD Net in 2012, science writer John Rennie stated, “Both [mad cow and CWD] are diseases that affect animals with major economic value. Both, at least in the early stages of their epidemics, seemed like they would be containable and non-threatening to humans.”

The potential for CWD to cause harm, were it to spread to humans, may be more worrying than for BSE. The prions responsible for mad cow disease are generally confined to the nervous system, whereas those for CWD can be found in blood, bones, muscle and fat tissue as well. Domestic cattle are often confined to farms and ranches, and are well controlled. Wild deer, elk, moose and caribou move freely and many migrate seasonally.

There are 10 million deer hunters in the U.S. They can become exposed to infected animals when dressing the kill or when consuming it — often with family and friends. Cooking does not destroy prions. Hunters are generally advised to avoid deer or elk that are acting abnormally, and to wear rubber gloves when field dressing a kill. They are also warned not to consume brain or spinal cord tissues, eyes, spleen or lymph nodes.

Shrinking federal budgets for research and management won’t make it any easier to stop the spread of CWD in animals or to prevent a mad cow-like outbreak in humans either.

“Surveillance and management interventions have declined over the past decade,” McKenzie told EnviroNews Nature in an email. “It is important that we continue to monitor the geographic spread of the disease, providing information to hunters, aboriginal people and others as to the areas where the disease is endemic.”