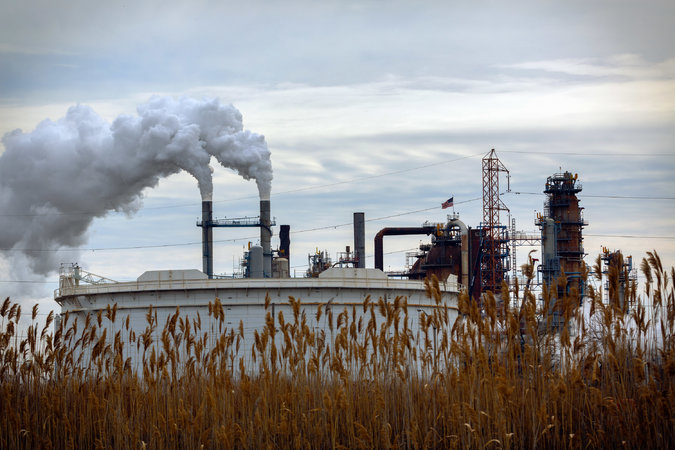 (EnviroNews World News) — Linden, New Jersey — The Honorable Superior Court Judge Michael Hogan said he will make a decision “Monday or Tuesday” on whether or not he will allow seven environmental groups and state Democratic lawmakers to intervene in a settlement proposed between Exxon Mobil Corp and the State of New Jersey in April of 2015, NorthJersey.com has reported.

The Linden and Bayonne refineries have been in operation since 1907 when Standard Oil, by way of John D. Rockefeller, broke ground on the operation. Today, evidence shows that at least 600 chemicals have been leached, leaked and dispersed into wetlands and the environment from the facilities over the course of a century.

The proposed $225 million settlement was announced in April of 2015 to a barrage of outraged criticism and media scrutiny. Parties across the board chastised Governor Chris Christie for agreeing to such an infinitesimal number considering the relative magnitude of the damage.


Christie has defended the proposed settlement saying that it would constitute the biggest of its kind ever in the state. Considering Exxon’s wreckage, the Governor’s attempts to justify the extraordinarily low dollar amount have offered little consolation to critics, environmentalists and disturbed citizens who say Exxon should pay a much greater sum — a figure closer to the number arrived at by the assessor.

The state of New Jersey sued Exxon in 2004, and in 2006 the court found the transnational oil giant liable for having harmed the environment and state-owned natural resources. Following an assessment conducted for the state of New Jersey, it was determined that Exxon should pay $2.5 billion for restoration of wetlands surrounding the refineries, and another $6.4 billion for land conservation in other areas to compensate for damages. The total assessment pointed the finger at Exxon to the tune of $8.9 billion, so the agreed upon number of $225 million is 97 percent less than the assessment. When that number was made public last April, it left citizens and environmental groups aghast — even downright outraged at the Governor.

“To allow this arrogant corporation that has so far, with impunity, polluted thousands of acres of New Jersey wetlands and waterways and other natural resources get off the hook with a piddling $225 million settlement for causing billions of dollars of destruction would itself be a crime against all the citizens of our state,” A. Robert Birmelin, a resident of Leonia, told NorthJersey.com.

New Jersey’s acting Attorney General John J. Hoffman is also apparently onboard with the idea of recovering a meager three percent of the total assessed damages, telling the NY Times back in April that the compromise “meets the goals we set for this case, which were to recover an amount certain that fairly and reasonably compensated the state for natural resource damages, and reinforce ExxonMobil’s requirement to clean up.”


Following the announcement of the proposed settlement this April, the heated issue was opened for a 60 day public comment period. In that timeframe, the state received over 9,000 letters, emails and petitions from New Jersey residents, compelling the governor to rescind the low dollar amount in the deal, and to back out of the arrangement with Exxon entirely.

Regarding the 9,000 pieces of mail sent to the Governor, NorthJersey.com reported it this way:

The letter writers used a plethora of words to describe their dismay at the deal, saying they were “sickened,” “outraged,” “angry,” “appalled” and “livid.” They called the proposed settlement “tragic,” “rotten,” “dirty,” “disgusting,” a “joke,” “immoral,” a “betrayal” “an insult,” a “despicable theft of environmental health” and a “backroom politically motivated deal.” There appeared to be no correspondence in support of the settlement.

Now that the comment period has ended, the settlement is pending court approval, but the seven aforementioned environmental groups have something different in mind — they want Judge Hogan to reject the proposed $225 million settlement.

Critics of the deal were infuriated when at the eleventh hour, the Christie Administration announced the agreement — right before Judge Hogan was about to issue an impending decision in the court case.

The Christie Administration and Exxon have both argued the coalition of groups should not be allowed to intervene at this juncture in an 11-year-old case, while environmentalist contend the proposal is a back-room ripoff to the good tax-paying citizens of New Jersey, and should not be accepted.

It is not uncommon for an American oil refinery to sit there leaking and seeping deadly poisons, on a steady and continual basis, into groundwater and the environment before regulators, the EPA, or anyone else for that matter, does anything to stop it. The massive Chevron El Segundo refinery comes to mind in these regards, where that company — another Standard Oil/Rockefeller offshoot — slowly spilled about 4.5 million gallons of jet fuel into an aquifer at its southern California location.

This time around, citizens in New Jersey are eagerly awaiting Judge Hogan’s announcement. Many in the Garden State feel as if Governor Christie has sold them down the river with the Exxon deal. Now, they look on in hopes that Hogan will choose to allow and listen to the intervening arguments.