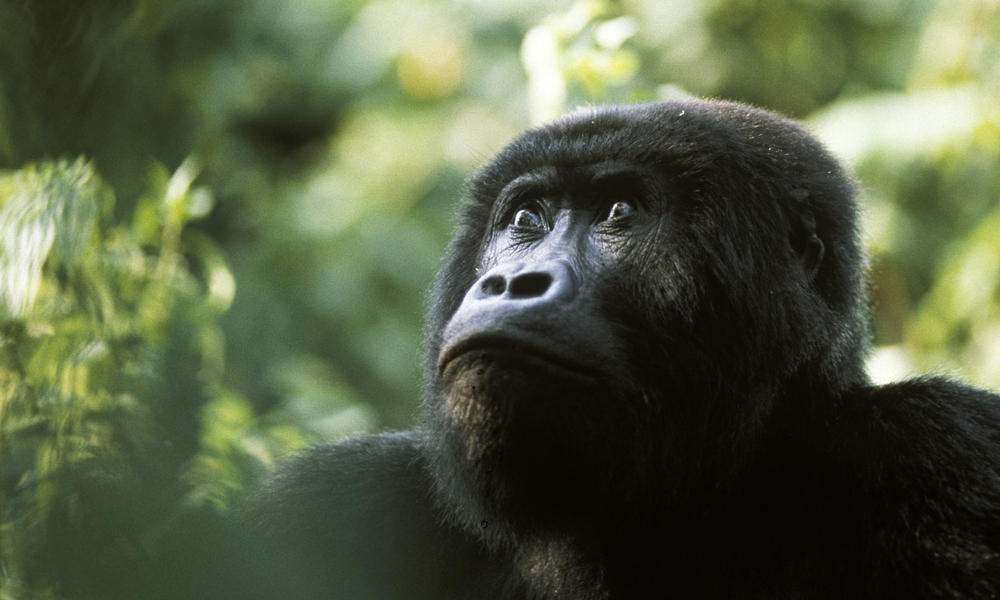 (EnviroNews World News) — Honolulu, Hawaii — The world’s largest primate, the mighty Eastern Gorilla (Gorilla beringei), is now “critically endangered” according to the International Union for Conservation of Nature (IUCN). IUCN announced the gloomy news on September 4, 2016, at its own World Conservation Congress in Honolulu, Hawaii.

The species’ new downgraded status comes as a result of data collected by the Wildlife Conservation Society (WCS) and Fauna and Flora International (FFI) that shows a 77 percent population decline over the past 20 years — a steep plummet from 16,900 specimens in 1994, to just 3,800 alive in the wild today. The primary cause of the decline: illegal hunting and poaching.

The announcement means that four of the world’s six species of great apes have now reached IUCN’s list of critically endangered animals — just one tier above “extinct” on the organization’s “Red List.” It also means that all four gorilla subspecies including, cross river gorilla, western lowland gorilla, Grauer’s gorilla and mountain gorilla, are now all critically endangered.

“We are driving our closest living relatives to extinction, which is sickening,” said Dr. M Sanjanyan, Vice President of Conservation International. “If we can protect our large primary forests and make local and indigenous people the beneficiaries of that, we’ll continue to share the world with great apes. If we don’t, we’re done. We’ll have a few relics left but, ecologically speaking, the great apes will be gone.”

With the eastern gorilla’s new status, it joins the company of the western gorilla, the Bornean orangutan and the Sumatran orangutan on the list of critically endangered animals. Chimpanzees and bonobos have avoided the dismal distinction thus far, but are still listed as “endangered.”

According to primatologist John Robinson at WCS, the Rwandan civil war of the early 1990s “hammered” the gorilla’s numbers, after refugees moved into, and set up small mining operations, in Kahuzi-Biéga National Park in eastern Democratic Republic of Congo — one of the ape’s strongholds. Lacking agriculture, the refugees then started killing the animal for its meat on a large scale.

“The idea of losing great apes is so difficult to comprehend that when push comes to shove I think we will invest resources into conserving them. But they really are down to the wire,” said Robinson.

Legendary activist Jane Goodall weighed in saying, “Unfortunately, the progress we are making is on greater awareness – overall the numbers [of apes] are still falling.”

“It’s worst in Indonesia with palm oil and the orangutans, but we are now seeing palm oil move into Africa. We’re also seeing a resurgence of chimpanzees in the pet trade we thought that had more or less stopped. Some of the protected places are working well, some aren’t. We will lose more apes, but we are not going to lose,” Goodall continued.

“To see the eastern gorilla – one of our closest cousins – slide towards extinction is truly distressing,” said Inger Andersen, IUCN Director General. “We live in a time of tremendous change and each IUCN Red List update makes us realize just how quickly the global extinction crisis is escalating. Conservation action does work and we have increasing evidence of it. It is our responsibility to enhance our efforts to turn the tide and protect the future of our planet.”