The conservation group says the five species listed as endangered have been victims of human exploitation and insufficient regulations, which has paved the way to overfishing. Likewise, the narrownose smoothhound shark has been threatened by abuses from commercial fisheries.

Stuart Wilcox, WEG Staff Attorney and author of the petition, told EnviroNews Nature why overfishing is especially problematic for these species, writing:

These species are all slow to reproduce and have few young when they do, making it very hard for them to replace lost individuals. Pair that with weak fishing regulations and rampant illegal catch in their ranges and you have a recipe for extinction on shockingly fast timelines. This is all exacerbated by the fin trade, which drives targeted catch and unsustainable and cruel practices.

He also explained that listing species under the ESA can increase awareness of their plight, attract new research and fuel local interest and new protections, while allowing the NMFS to “cooperate with foreign governments on conservation projects to protect the species.”

“This can help foreign governments that want to do the right thing but are struggling due to constrained resources,” Wilcox continued. “In other words, it increases the likelihood that NMFS will also get involved in the conservation of the species even though they live outside of U.S. waters.”

While these recent listings are a significant success, WEG wrote in a press release that more than 50 percent of marine species might be at risk of extinction by 2100. The NGO asserts the U.S. has systematically failed to protect enough sea creatures under the ESA, pointing out only about 6 percent of protected species are marine. The 2013 WEG petition calls for the listing of 81 marine species and subpopulations in total. It says all of the included species are already listed as “endangered” or “critically endangered” by The International Union for Conservation of Nature (IUCN). 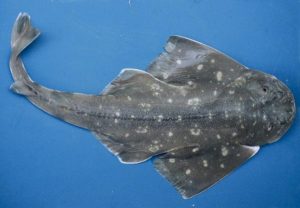 According to WEG, the new marine species listings are in line with President Obama’s 2010 Executive Order, “Stewardship of the Ocean, Our Coasts and the Great Lakes,” which called on government agencies to “protect, maintain, and restore the health and biological diversity of ocean, coastal, and Great Lakes ecosystems and resources,” and to “use the best available science and knowledge to inform decisions affecting the ocean.”

“Protecting our oceans’ unique species is more important than ever, given rising ocean temperatures and a political administration extremely hostile to climate science,” Bethany Cotton, Wildlife Program Director for WEG, said in the press release.

Many environmentalists say the ESA has been under attack by Republican legislators such as Sen. John Barrasso (R-WY), who this week will hold a second hearing on “modernizing” the ESA. Erik Molvar, Executive Director of the Western Watersheds Project, previously shared his view on revising the ESA with EnviroNews:

This legislative effort isn’t about “reforms” or “improvements,” it’s about fundamentally gutting one of our nation’s most important bedrock conservation laws and replacing science-based decision-making with political horse-trading that sells out our endangered wildlife.

Wilcox applauded the Trump Administration’s new ESA listings, saying, “Protecting these declining species is an important step in taking responsibility for the failing health of marine ecosystems.” Cotton concurred, affirming, “These protections are necessary to safeguard the health of our planet and prevent extinction.”