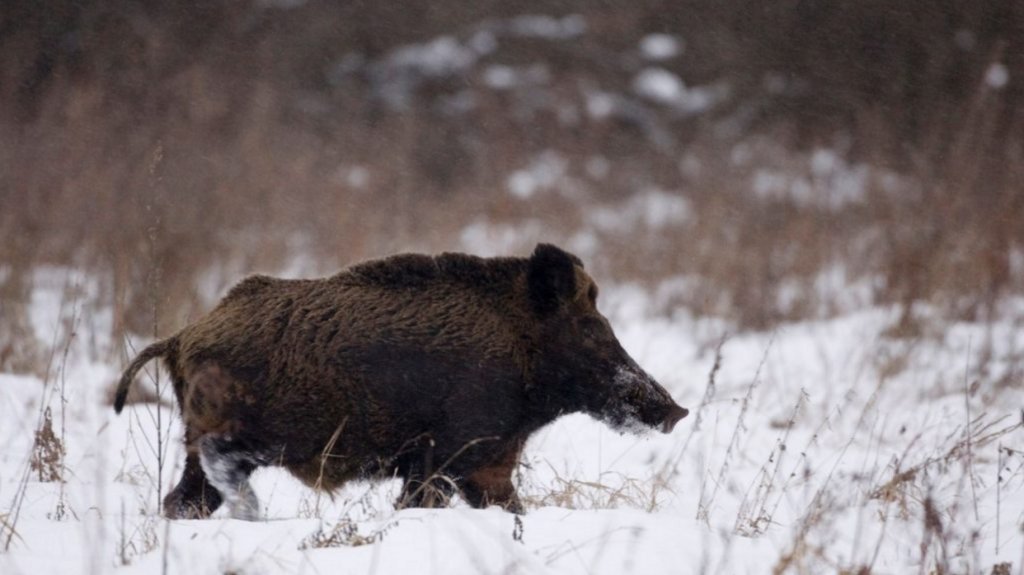 (EnviroNews World News) — Gävle, Sweden — Wild boars (Sus scrofa) loaded with dangerous quantities of cesium 137 have been turning up in tests conducted in central Sweden. Some specimens have been found carrying levels as high as 16,000 becquerels of radioactivity per kilogram of meat — an amount ten times higher than the set safety threshold in that country.

Following a massive explosion and ensuing fire on April 26, 1986, a cloud of radioactive isotopes was spewed high into the atmosphere above the Chernobyl nuclear facility in Ukraine. The plume was carried on wind currents and blanketed large areas in Europe. Subsequently, areas spanning Belarus, Austria, Russia, Germany, UK, Czech Republic, Sweden, and Finland were heavily contaminated when the isotopes fell to Earth. Belarus and Austria were hardest hit, but Sweden certainly wasn’t unscathed.

Calluna is an environmental consulting firm with offices throughout Sweden. The company recently tested 30 samples of wild boar meat gathered in and around the city of Gävle, and reported the dismal findings to the media in October.

Of the 30 samples collected, only six were below Sweden’s safety threshold of 1,500 becquerels per kilogram. In addition to the hog that registered a red hot 16,000 Bq/kg, two other animals tested at 13,000 and 11,000 respectively. An additional five samples taken around Tärnsjö, also in central Sweden, measured above the 1,500 Bq/kg standard.

The findings raise concern in the area for hunters, restaurants and everyday food consumers alike. Boar meat is very popular throughout Europe and is used in many goulashes and stews. Boar is even considered a delicacy in multiple locations.

Wild pigs are about as far apart in their feeding behaviors from a koala bear as you can get. While a koala lives almost exclusively on a diet of eucalyptus leaves taken high in the trees, wild boars and feral pigs will eat just about anything — most of which is foraged from the ground where isotopes can remain in heavy concentrations. Additionally, wild boars like to feast on truffles, false truffles and other mushrooms known to readily absorb radiation.

“The cesium stays in the ground,” Frykman told Fox News. “It’s not a problem for moose and deer anymore who eat higher up, from bushes.”

Radionuclides can accumulate in the animals over time as well. Cesium 137, a manmade element, created in abundance during nuclear fission and power reactor accidents, has a half-life of 30 years, meaning it takes about 300 years for it to decay away to minuscule levels. Cesium 137 is extraordinarily water soluble and spreads easily in the environment. It undergoes intense beta decay as it transforms into barium, and as such, the substance is extremely destructive to the health of wildlife and humans.

Nuclear Hogs: A Problem Throughout Europe

It’s not only Sweden that is experiencing problems with nuclear hogs. Last winter in the Sumava mountain region, an area shared by Germany, the Czech Republic and Austria, a spike in radioactive boars was observed after an unusually cold and snowy winter forced the animals there to resort to a diet of false truffles — bio-concentrating radioactivity upward into the wild swine.

Germany has been hampered by radioactive boar problems for years. In many regions, all boar meat must be tested for radioactivity with the government being forced by regulations to buy all contaminated meat from the hunters who harvest it. There are also widespread reports in Germany of these contaminated animals attacking people.

Earlier this year, Fukushima Prefecture in Japan underwent a radioactive wild boar crisis after hundreds of specimens moved down from the mountains into contaminated and largely deserted areas around the crippled Fukushima Daiichi power plant. Reports from the ground described aggressive behavior where boars would “stalk” and even attack people.

“They began coming down from the mountains and now they’re not going back,” hunter Shoichi Sakamoto told the BBC in March. “They found a place that’s comfortable, there’s plenty of food, and no one will come after them. This is their new home now and this [is] where they have children.”

A squad of hunters was deployed by the Japanese to trap and eradicate the beasts. At the time of EnviroNews‘ reporting in March, 300 had been eliminated, but “many hundreds more” were said to still be on the loose.

“It is not really clear now which is the master of the town, people or wild boars,” Tamotsu Baba, Mayor of Namie, a small town overrun by the hostile and hungry creatures, said last spring. “If we don’t get rid of them and turn this into a human-led town, the situation will get even wilder and uninhabitable.”