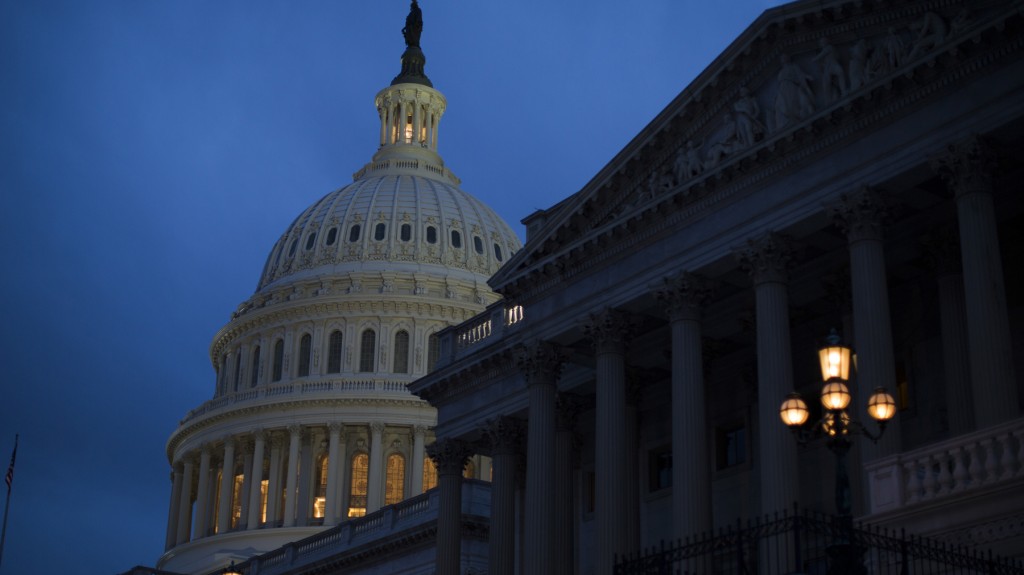 (EnviroNews DC News Bureau) — Washington, D.C. — In a blatant attack on American civil liberties, on December 9 of 2014, Congress passed a bill which grants law enforcement “unlimited access to the communications of every American,” without a court order, according to Representative Justin Amash.

Amash discovered at the last minute that an amendment to section 309 had been added to the bill, which provided for, and authorized “the acquisition, retention, and dissemination” of all communications data from U.S. citizens to domestic law enforcement agencies.

He went on to label the Intelligence Authorization Act for 2015 as “one of the most egregious sections of law I’ve encountered during my time as a representative.”

When discovering that this legislation was scheduled for a voice vote, he went to the House floor to demand a roll call vote instead as to force a record of each Representative’s vote.

The attempt to push through a simple voice vote on this legislation raises serious questions as to why such an important matter would be rushed to the floor in the most simplistic of manner possible.

Another factor that raises serious question is the timing of this action, as it coincides with the release of the controversial CIA “Torture Report.” While it is possible the timing is strictly coincidental, there is a strong possibility that this was intentionally done as a sleight-of-hand maneuver to push this through when most national security watchers were focused on another pressing matter.

When Amash learned this bill was being rushed to the House floor for a vote, he asked his legislative staff to quickly review the bill for unusual language. His staff soon realized that there were major problems with the bill.

According to Amash, this is “one of the most egregious sections of law I’ve encountered during my time as a representative. It grants the executive branch virtually unlimited access to the communications of every American.”

In a last ditch effort to defeat this bill, (H.R. 4681) due to the amendments in (Sec. 309), Rep. Amash penned a letter to his congressional colleagues to alert them to the to the dangers of this bill and to implore them to vote NO.

This is the text of the letter he sent to his fellow congressmen:

The intelligence reauthorization bill, which the House will vote on today, contains a troubling new provision that for the first time statutorily authorizes spying on U.S. citizens without legal process.

Last night, the Senate passed an amended version of the intelligence reauthorization bill with a new Sec. 309—one the House never has considered. Sec. 309 authorizes “the acquisition, retention, and dissemination” of nonpublic communications, including those to and from U.S. persons. The section contemplates that those private communications of Americans, obtained without a court order, may be transferred to domestic law enforcement for criminal investigations.

To be clear, Sec. 309 provides the first statutory authority for the acquisition, retention, and dissemination of U.S. persons’ private communications obtained without legal process such as a court order or a subpoena. The administration currently may conduct such surveillance under a claim of executive authority, such as E.O. 12333. However, Congress never has approved of using executive authority in that way to capture and use Americans’ private telephone records, electronic communications, or cloud data.

In exchange for the data retention requirements that the executive already follows, Sec. 309 provides a novel statutory basis for the executive branch’s capture and use of Americans’ private communications. The Senate inserted the provision into the intelligence reauthorization bill late last night. That is no way for Congress to address the sensitive, private information of our constituents—especially when we are asked to expand our government’s surveillance powers.

I urge you to join me in voting “no” on H.R. 4681, the intelligence reauthorization bill, when it comes before the House today.

Sadly, the legislation passed 325-100. This bill will allow the NSA to continue to collect the private communications of all Americans and codify its ability to transfer this information to domestic law enforcement for criminal investigations.

The bill now moves on to President Obama to be signed, which seems virtually assured.

While on the surface this may seem innocuous, there is extreme likelihood that this power would be abused as shown through the current use of “parallel construction,” which usurps 4th Amendment protections.

Parallel construction is a law enforcement process of building a separate evidentiary basis for a criminal investigation used to conceal how the investigation actually began, as illegally obtained evidence is usually inadmissible in court proceedings under the “fruit of the poisonous tree” doctrine.

With the revelations of Edward Snowden, for a brief time it seemed as though the security apparatus would be reigned in from violating the civil liberties of American citizens, but these most recent events suggests that our government hasn’t gotten the message that “We the people” do not want to be spied upon by our own government.

When information collected in the name of preventing “terrorism” can be transferred to domestic law enforcement without a warrant, subpoena or court order of any kind, tyranny is much closer than you think.