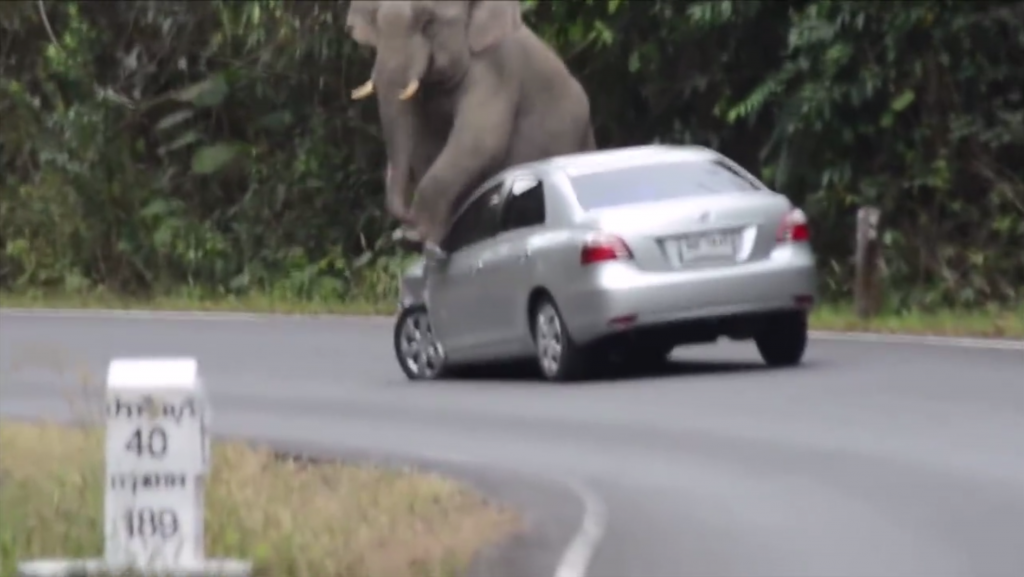 (EnviroNews World News) — An amazing video has been circulating around Facebook raking in over 13 million views thus far. The subject: a baby elephant ramming, stomping and crunching a car like a tin can when the vehicle came onto the youngster’s turf. If you haven’t seen this amazing video yet, have a look:

Be careful on the roads, our minions don't think your insurance company will believe this story!

Many millions of people worldwide care about the plight of the elephant as a whole, and many in the blog around this video seemed refreshed to see elephants fight back against human infringement into their territories — something that undoubtedly makes for a constant annoyance for the gentle giants.

MORE FROM ENVIRONEWS ON ELEPHANTS

Last month, EnviroNews World News published an article titled, “Tanzania’s Elephant Bloodbath — Sand Runs Red as 2/3 of Population Killed by Ivory Raiders in 5 Yrs.” The piece exposes a critical situation in what was once the world’s largest stronghold for the African elephant, wherein 60% of that entire population has been mowed down by ivory raiders in 5 short years.

However, another EnviroNews story about the killing of elephants in Sri Lanka has a happy ending, when a company called Mr. Ellie Pooh stepped in to stop that country’s elephant bloodbath.

The company makes an astonishingly durable paper from elephant poop — a dropping that contains about 75% fiber — and when Ellie Pooh showed rice farmers they could make more from gathering elephant dung than they could by harvesting their rice, they stopped looking at the “mild-mannered creature” as a nuisance — and started seeing it as a source of income. Nowadays, they revere elephants as animals that sustain their lives — animals to be taken care of not killed. Money talks and dung walks.