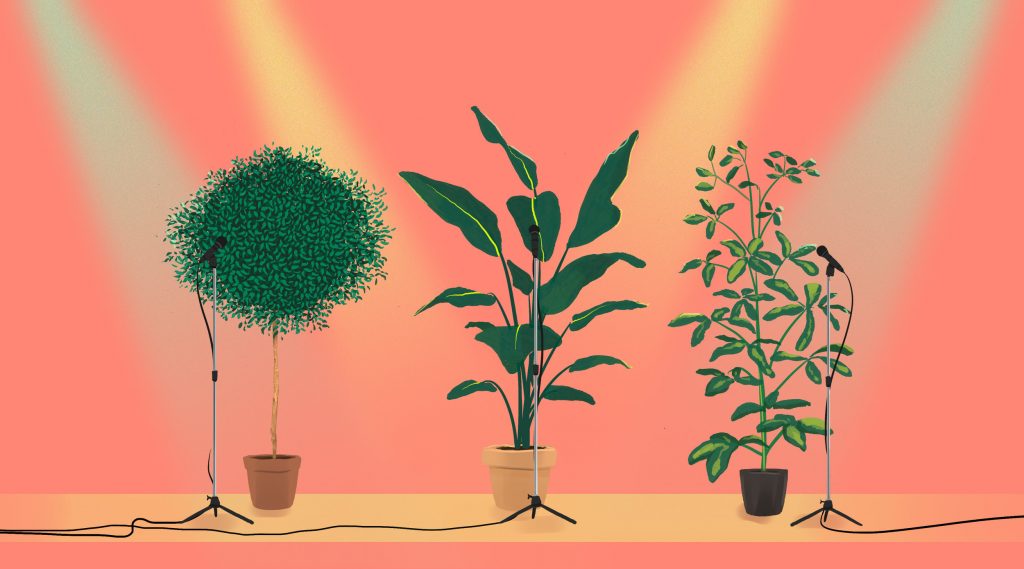 (EnviroNews World News) — Tel Aviv, Israel — Ever gone on vacation and forgot to ask someone to water the plants? They might just be screaming for water when you return – literally, screaming, in a register that you, as a human, simply can’t hear. This might sound like science fiction, but according to new evidence, it’s actually science fact.

In a recent study, researcher Itzhak Khait and his colleagues at Tel Aviv University in Israel found plants had senses like animals and humans and even utter ultra-sonic sounds when harmed, or in need of water.

“We found that plants emit sounds, and that both drought-stressed plants and cut plants emit significantly more sounds than plants of any of the control groups,” their report claimed. The study has not been peer reviewed, but demonstrates some unique data.

The research team recorded sounds with two directional microphones pointed at each plant inside an acoustic box. The microphones were placed about four inches away from the plants inside the box. Researchers say the high frequency was such that animals like mice and moths would have been able to hear the sounds from several feet away.

According to a story in Newsweek, previous research has shown plants respond to stress by producing several visual, chemical and tactile clues. For example, stressed plants may differ in color and shape compared to unstressed plants. Meanwhile, some are also known to emit substances known as volatile organic compounds (VOC) in response to drought or being eaten.

“We tested the acoustic behavior of plants in a more natural setting, a greenhouse. A major challenge we had to address was distinguishing between sounds generated by plants and 180 general noises in a greenhouse that were absent in the acoustic box (e.g. wind, rain, air conditioning, construction),” the team said. “We first constructed a greenhouse noises library, by recording in the empty greenhouse, without any plant inside. We then trained a convolution neural network (CNN) model to distinguish between these greenhouse noises and the sounds of dry tomatoes recorded in the acoustic box.” The researchers say they were able to pick up the plant sounds almost all of the time — 99.7 percent.

A breakthrough like this could have far reaching benefits. By listening to food crops for example, farmers may “open a new direction in the field of precision agriculture,” the team pointed out.

The researchers aren’t sure how plants produce these sounds yet, but Khait and his colleagues propose one possibility in their paper: As water travels through the plants’ xylem tubes, which allow them to stay hydrated, air bubbles will form and explode, generating small vibrations. Previous studies have picked up these waves, but only through devices attached directly to the plants.

Another study conducted at Cornell University unveiled that plants could warn each other of impending threats by releasing chemicals into the air, which some suspect is like a scent of fear.

“Based on their genotypes, different plants have different smells. But when plants come under attack from pests like the goldenrod leaf beetle, their smells, carried by volatile organic compounds (VOCs), become more similar,” examiners said in a Dec. 2019 article in Study Finds.