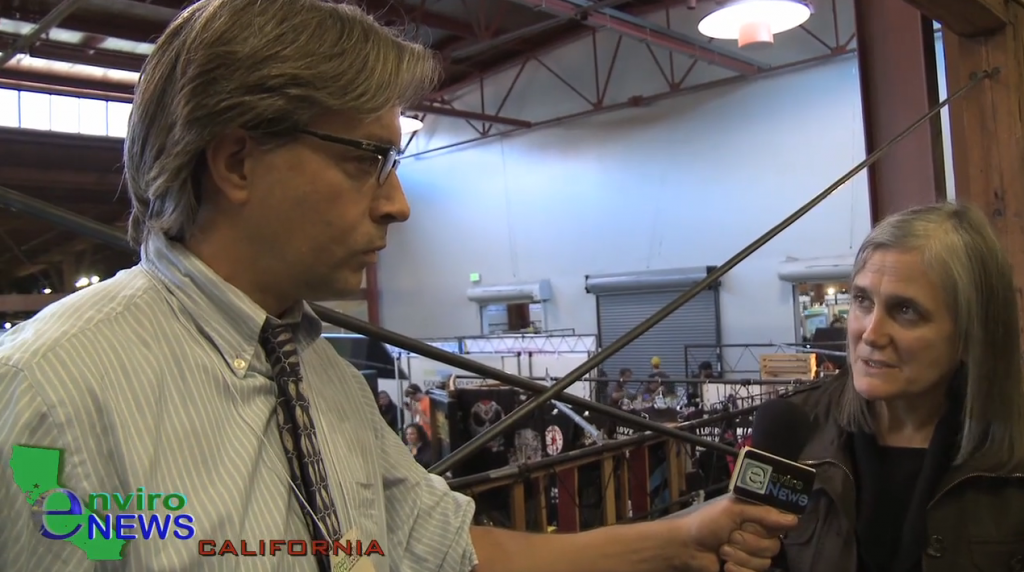 (EnviroNews DC News Bureau) — The award-winning team at Democracy Now! has announced that an arrest warrant has been issued in North Dakota for host and Executive Producer Amy Goodman. The show reports its celebrated anchor is being charged with criminal trespass — a misdemeanor offense.

The warrant comes on the heels of Goodman’s bombshell report from the field on September 4, 2016, from the Standing Rock Sioux Reservation in North Dakota, where a protest against the Dakota Access Pipeline Project (DAPL) by a coalition of Native American tribes, turned violent after the oil pipeline company used pepper spray and sicced attack dogs on the crowd.

Goodman reported from the center of the melee with a video team, capturing the action and pinning down security personnel about why they were using force on the protestors. But today, authorities there said she went out of bounds. Goodman denies any wrongdoing.

“This is an unacceptable violation of freedom of the press,” said Goodman in a statement. “I was doing my job by covering pipeline guards unleashing dogs and pepper spray on Native American protesters.” It should also be stated, that the EnviroNews USA Editorial Board strongly disagrees with the charges against Amy Goodman — a top-tier journalist who was doing her job, and doing it damn well at that particular moment.

It is unknown to EnviroNews DC News Bureau at this hour, if or when Goodman will need to appear before a judge.

The dramatic protest, and the ensuing nationwide media coverage that resulted from the Democracy Now! video, were almost certainly part of the Obama Administration’s announcement requesting a temporary halt to the project yesterday — only minutes after a federal judge had ruled against the Standing Rock Sioux, and allowed the project to continue as planned. The Administration’s announcement turned the frown upside down for thousands of Native American activists fighting against DAPL.

You may read about the Administration’s announcement, and see the dramatic Democracy Now! report, in the embedded stories just below.

(EnviroNews California) – At a jammed packed Green Fest in San Francisco, California the likes of which we have never seen before, we were able to catch up with legendary news anchor and investigative reporter Amy Goodman of Democracy Now. Ms. Goodman was rushing to catch a flight…