February 2018: 40°F Hotter Than Usual at Arctic Outpost and Climate Scientists Are Freaking Out - EnviroNews | The Environmental News Specialists
Skip to content 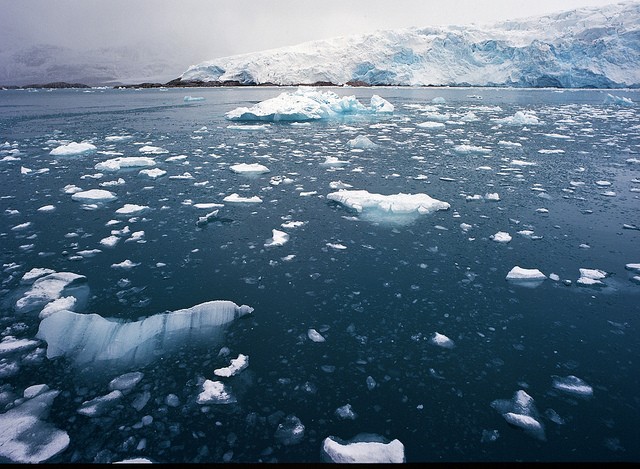 (EnviroNews World News) — Cape Morris Jesup, Greenland — In the dark of an Arctic February, when the sun is nowhere to be found, the Danish Meteorological Institute’s (DMI) outpost in Jesup, Greenland (400 miles from the North Pole), just observed record-smashing temperatures, far exceeding what scientists expect to see this time of year, with a high of 43 degrees Fahrenheit (about 6 degrees Celsius). In 2018, the station has already spent 61 hours above freezing; 24 of those hours were on February 25. The previous record stood at 16 hours in 2011, measured through the end of April.

“These warm air intrusion events occur every winter in the Arctic,” Zack Labe, a climate scientist from the University of California, Irvine, told IFL Science. “However, this event was particularly anomalous, long-lasting, and widespread in the area. Above-average temperatures and low sea-ice-cover are consistent with the long-term trend of a warming Arctic.”

February temperatures in the Arctic this year have averaged almost 40 degrees F higher than usual for the month. The warmer temperatures have had serious consequences for Greenland’s sea ice.

“There is open water north of Greenland where the thickest sea ice of the Arctic used to be. It is not refreezing quickly because air temperatures are above zero [as] confirmed by DMI’s weather station KapMorrisJesup. Wacky weather continues with scary strength and persistence,” tweeted Lars Kaleschke, physicist and professor for sea ice remote sensing, at the University of Hamburg.

There is open water north of #Greenland where the thickest sea ice of the #Arctic used to be. It is not refreezing quickly because air temperatures are above zero confirmed by @dmidk's weather station #KapMorrisJesup. Wacky weather continues with scary strength and persistence. pic.twitter.com/YMnvCD8XvL

“To have zero degrees [Celsius] at the North Pole in February – it’s just wrong,” Amelie Meyer, a researcher of ice-ocean interactions at the Norwegian Polar Institute, told the Sydney Morning Herald. “It’s quite worrying.”

According to the U.S. National Snow and Ice Data Center, Arctic and global sea ice is at record lows in the satellite era. The lack of ice may contribute to a feedback loop that accelerates global warming, according to a University of Melbourne study. At a time when sea ice should be expanding, it is doing the opposite. Sea ice usually increases through mid-March.

“The sea ice acts like a shiny lid on the Arctic Ocean. When it is heated, it reflects most of the incoming sunlight back into space. When the sea ice melts, more heat is absorbed by the water. The warmer water then heats the atmosphere above it,” said lead author Dr. James Screen of the School of Earth Sciences at the University of Melbourne. “What we found is this feedback system has warmed the atmosphere at a faster rate than it would otherwise.”

According to the Sydney Morning Herald, researchers originally projected 2050 as the year the Arctic would be ice free. However, the last two years have made those estimates obsolete. “It’s going much faster than we thought,” said Dr. Meyer. The effects of the warming may be more acutely felt in the coming months with the ice formed over the last two years melting faster due to thinness and cracking.

(EnviroNews World News) – Falling in line with an alarming new paper spearheaded by climate-science guru Dr. James Hansen, the National Aeronautics and Space Administration (NASA) has launched its own urgent five-year study – a project that will “stress-test” Hansen’s new, and downright dire predictions. The operation titled,…

(EnviroNews Alaska) – Alaska’s warming permafrost is now giving off more greenhouse gases than it traps during the growing season, according to a new study published May 8, 2017, in the Proceedings of the National Academy of Sciences (PNAS). The amount of carbon trapped in Arctic soil is…