(EnviroNews World News) — It’s no secret, legendary rocker Neil Young is all about phasing out fossil fuels as quickly as possible, but his new music video titled, “Indian Givers,” is sure to reinforce Young’s eco-friendly legacy even further.

The song is in response to the recent upheaval over the Dakota Access Pipeline Project (DAPL) — a plan that been fought tooth and nail from the outset by a resilient encampment of Native American protestors (who prefer to be called “protectors”), representing hundreds of tribes from America, Canada, Mexico and even South America.

The video aptly starts off with a jumpy and abstract clip of a female in a white tea-shirt with the word “protect” written across it. The imagery becomes a recurring theme throughout the video.

Things got downright out of hand earlier this month when the pipeline company, Energy Transfer Partners LP, after being notified by the Standing Rock Sioux Tribe that sacred burial sites were in the pipeline’s path, sent bulldozers out on Labor Day weekend to plow the areas under. When Native protectors came through a fence in an effort to stop the desecration of the sites, Energy Transfer Partners deployed a security squad wielding pepper spray and attack dogs onto the enraged, but non-violent crowd, whereafter all hell broke loose.

Multiple group members, including women, were maced in the face, while many others, including a young child, were bit by the attack dogs. Amy Goodman of Democracy Now! was on the scene with a video producer and captured all the melee in a bombshell report that has since gone viral internationally. Morton County, North Dakota, has since issued an arrest warrant for the award-winning journalist for misdemeanor trespassing — a move that only added more fuel to the fire in the already heated standoff.

“Big money going backwards and ripping the soil — where graves were scattered and blood was boiled,” Young continues in the song over imagery of a large oil pipeline sitting in a trench.

The two-time Rock & Roll Hall of Fame inductee also references an event that went down on August 31, 2016, when Dale “Happy” American Horse Jr. was arrested after chaining himself to a bulldozer for six hours in an effort to hold up DAPL. “I saw Happy locked to the big machine. They had to cut him loose and you know what that means. Yeah, that’s when Happy went to jail. Behind big money justice always fails,” Young sang in reference to the episode. 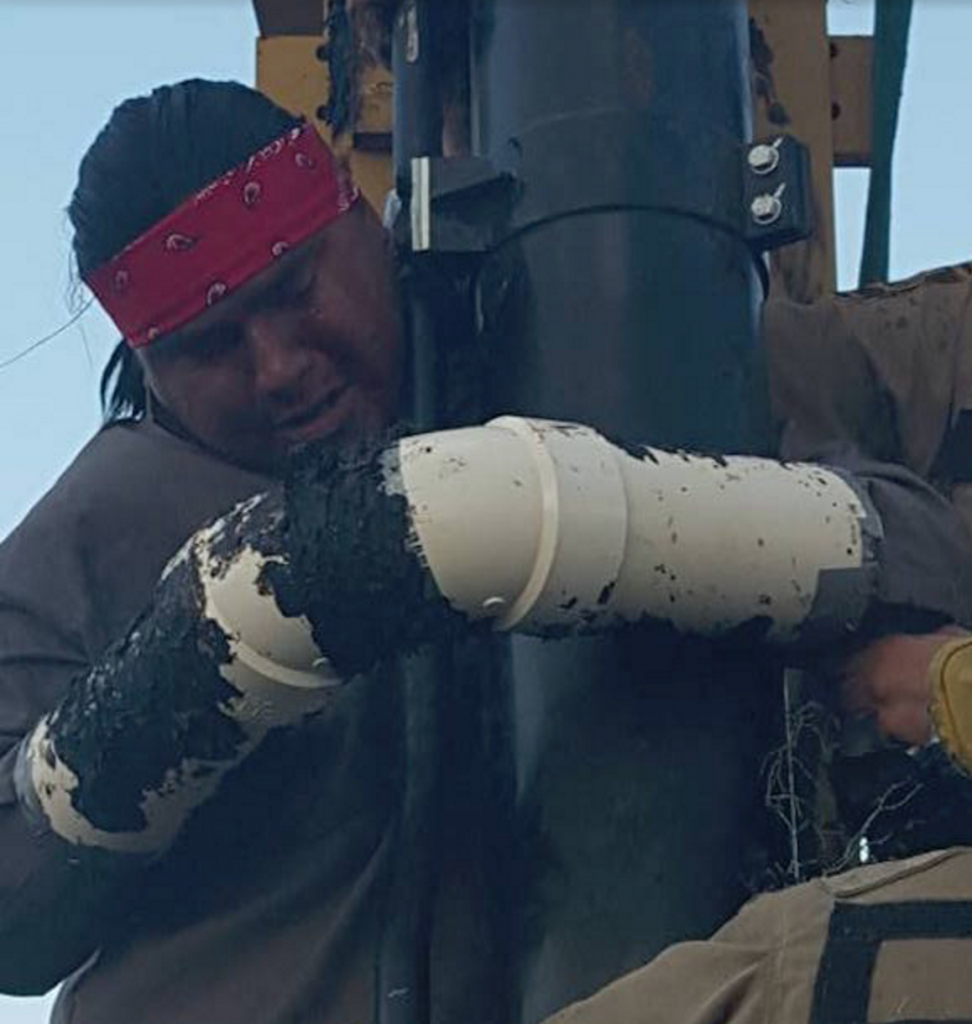 “Across our farms and through our waters. All at the cost of our sons and daughters. Yeah, our brave sons and beautiful daughters. We’re all here together fighting poison water,” the rock icon concludes.

The music video in its entirety is viewable here on EnviroNews in the video player just below:

More on Neil Young, Pipelines, and the Dakota Access fight, can be found in the excellent EnviroNews stories and videos below.

(EnviroNews DC News Bureau) – The award-winning team at Democracy Now! has announced that an arrest warrant has been issued in North Dakota for host and Executive Producer Amy Goodman. The show reports its celebrated anchor is being charged with criminal trespass – a misdemeanor offense. The warrant…

(EnviroNews World News) – A video posted by the Facebook page ‘The Other 98%’ has gone viral – actually, it’s blown up (pun intended) – just like all the ruptured, exploding, flaming pipelines featured in the 22 second film. As of September 19, the video has gathered up…