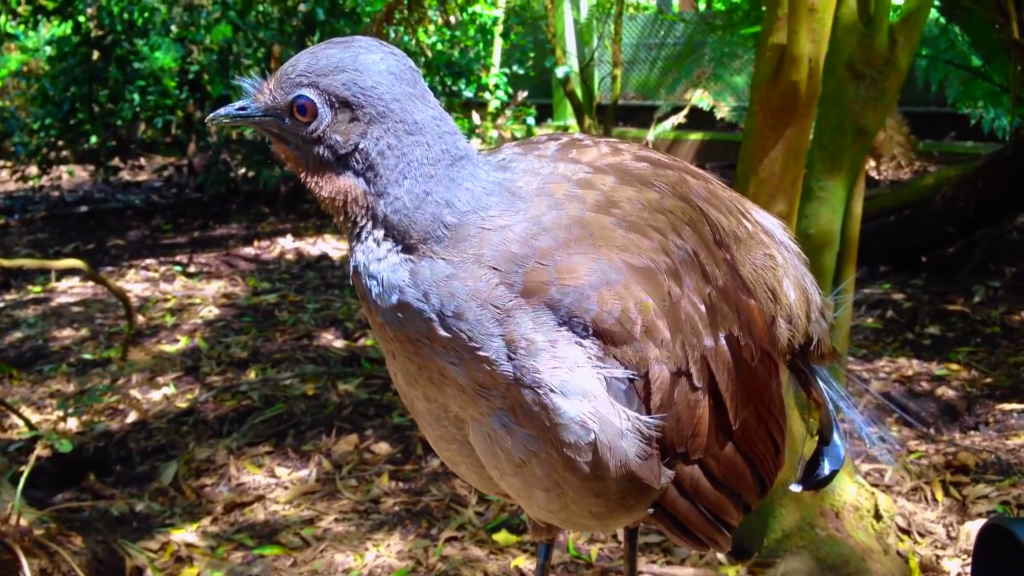 (EnviroNews World News) — The male gender will go to some pretty great lengths to attract a suitable female companion, but few in the wild world of nature can put on a show like Australia’s flamboyant lyrebird.

A member of the Menuridae family, there are two distinct species of the bird — the Superb lyrebird or Menura novaehollandiae, and Albert’s lyrebird (named after Prince Albert), scientifically know as Menura alberti. Both species can mimic and mock like none other, imitating sounds from both the natural and industrialized worlds.

The lyrebird is so named, not because it is clearly a lyrical genius, rather because it has lyre-like tail-feathers which the male also displays with exuberant fervor during mating season.


The lyrebird is also known as the “Bulln-bulln,””Weringerong,” or the “Woorail,” and is an ancient species, with remains being found that date back 15 million years. With its animated, peacock-like tail, the Woorail puts on one one heck of a show during mating season as well.

In a video that has received over 1.5 million views to date, a male superb lyrebird bird was captured on film in an effort to impress potential mates by imitating car alarms, camera shutters, and even chainsaws felling trees — all mixed in with his own creative, and other natural, mimicked sounds.

The lyrebird not only imitates chainsaws and car alarms, but also many other animal sounds in the surrounding habitat. In fact, it is so good at mocking birdcalls as part of its arsenal, that it even fools other native species into thinking it’s one of them.

In another amazing video with nearly 370,000 views, a specimen was captured imitating toy laser guns and other sounds, of which one sounded kind of like a computer video game voice — all mixed in as part of its lyrical solo.

The lyrebird is a ground-feeder and it isn’t very picky. It’s been known to vacuum up nearly any creepy, crawly critter in sight as it alertly forages the landscape. Hailed by many as one of the world’s greatest song and mocking birds, the lyrebird has been known to feast on earwigs, cockroaches, earthworms, fly larva, beetles, centipedes, spiders, frogs, large stick bugs, lizards and myriad other insects. Considering the complexity and intricacy of its vocal expressions, it leaves one to wonder if it might also be amongst the most intelligent feathered animals on the planet.