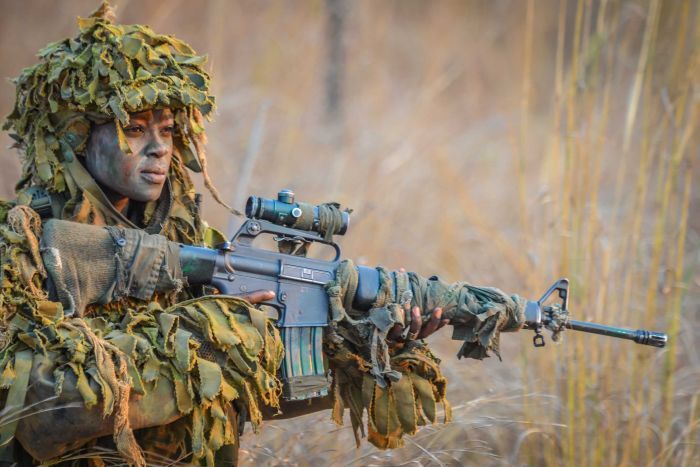 (EnviroNews World News) — The International Anti-Poaching Foundation (IAPF) has recruited women to protect the world’s natural heritage along Africa’s Zambezi River. The Akashinga, or “Brave Ones,” is a privately-funded, highly-trained, vegan group of local women from extremely disadvantaged backgrounds assigned to protect the Lower Zambezi Ecosystem along the Zambian and Zimbabwean border. The goal is to recruit 2,000 women in an effort to protect 30 million acres of African wild lands by 2030.

Founded in early 2017 by former Australian Special Operations soldier Damien Mander as part of his approach to end poaching in Africa, the Akashinga is the first fully armed, all-women, anti-poaching team in Africa. (The Black Mambas of South Africa are the first female anti-poaching team; they are unarmed.)

“Many current western solutions to conserve wilderness areas continue to struggle across the African continent, hampered by ongoing corruption, nepotism and a lack of partnership with local communities,” Mander told Maria Chiorando of Plant Based News. “We saw that an alternative and highly innovative approach was needed, a response that worked with, rather than against, the local population for the long-term benefit of both their own communities and nature.”

The Lower Zambezi Ecosystem is just one of many areas in Africa with large tracts of land dedicated to trophy hunting outside wildlife preserves. No fences exist to keep animals in the protected areas from wandering into the unprotected areas. In the past, trophy hunters have paid into local economies through their expensive and high profile hunting activities. The IAPF presents the Akashinga as an alternative for conserving wildlife – a technique of big game management directly juxtaposed to trophy hunting.

“You cannot sustain an ongoing offensive against the local population as a means of conservation,” Mander told the BBC. “The long-term solution depends on winning the hearts and minds of the community.” 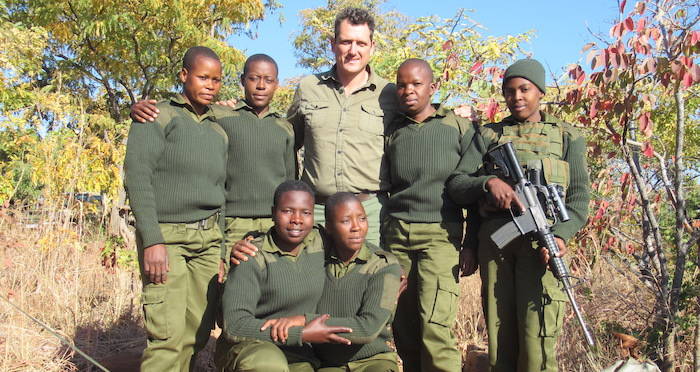 Damien Mander With the Akashinga Rangers

According to conservation biologist Victor Muposhi of Chinhoyi University of Technology, these areas that have long been supported by commercial hunting are under threat of collapsing as fewer hunters face more backlash from their unpopular activities.

“Cecil the Lion,” killed in 2015 by dentist Walter Palmer, marked the birth of the greater debate around the issues of morals and ethics in hunting and whether it is sustainable or not,” Muposhi told The Guardian. With revenues falling and the population in the area increasing, “five years from now, if we do not have other options, then it will not be viable to save these areas.”

Mander claims the program has put more into community coffers in five months than trophy hunting did in a year. According to the BBC, IAPF puts 62 cents of every dollar raised back into the local community through ranger pay, infrastructure improvement, and rewards to citizens who provide help in apprehending poachers and confiscating illegal goods and weapons.

Akashinga Rangers — The Brave Ones

The choice for Mander to go vegan, and also insist on his team being vegan, hinged on the realization that they were going out to protect one group of animals and coming back to eat another. He couldn’t live with that hypocrisy, and wanted to protect his team from the scrutiny it would surely receive if members were still eating meat.

“I don’t miss meat at all, when I go home for leave and people try to feed me meat, I can’t eat it because my stomach hurts if I do, and I tell people no, don’t give me meat, I am vegan,” Akashinga ranger Vimbai Kumire said in a report published by The Guardian.

Muposhi says the vegan lifestyle is a driver of change in the local communities. The women show their communities it isn’t necessary to eat meat to be healthy. That lowers the demand for bushmeat and farm animals, which are drivers of habitat loss.

While Mander realizes now that women hold the key to development and are oftentimes tougher than men, he hasn’t always believed in using women in combat situations. 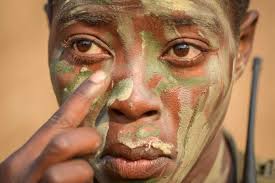 “I have built a career across three continents by bringing hardened men to the point of breaking and then rebuilding them into what we need on the frontlines, and women never factored into the equation,” Mander told CBS News. “We not only prided ourselves on being the only all-male unit in the military but we ridiculed units that transitioned into accepting females.” 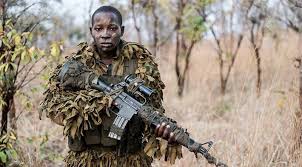 His experience in Iraq with American female soldiers helped change his mind. His training experience with the Akashinga solidified his belief.

“Thirty-six women started our training, modeled on our special-forces training, and we pushed them hard, much harder than any training we do with men — we put them through hell,” Mander told The Guardian. “Only three dropped out. I couldn’t believe it.”

“I did a selection course for 189 men about six or seven years ago. At the end of day one, we had three left,” Mander explained to the BBC in a video interview. “At the end of day three with these women, only three of them had pulled off.”

Between Oct. 2017 and Sep. 2018, the Akashinga Rangers made or contributed to over 70 arrests without firing a single shot.

Texas Pack Hounds Charge to the Rescue for Rhinos in South Africa, Nabbing 145 Poachers So Far

(EnviroNews World News) – In what is likely already the largest international media firestorm the world has ever seen over a poached wild animal, stories continue to flood the airwaves from all corners of the globe displaying stunning pictures of the beloved giant Zimbabwean cat, ‘Cecil the Lion.’…