(EnviroNews World News) — Guangdon Province, China — Scientists announced this month that they made a slightly disturbing discovery at a fish market in Northern Guangdon, China, where they found what they suspected was a new species of crab. DNA testing confirmed the scientists’ suspicion, but the uncovering of this new species highlights the lack of regulations within the fishing industry as a whole.

The crab, Yuebeipotamon calciatile, is not only a new species, but also the first of a new genus. It gets its name from the Chinese region it is from, “Yue Bei,” its family, “potamon” and the limestone where it lives “calciatile.” It is brightly colored and may be distinguished by its “relatively large” male thoracic sternites and its “distinct, sharp” epibranchial teeth. The crab has slender legs, and becomes more brightly colored as it ages. Pigments range from dark brown to maroon with leg coloring ranging from purple to red. It superficially resembles other members of the potamon family.

As EnviroNews reported earlier this month, about 20 percent of all fish on the market is misidentified and often sold as a more expensive fish. Many of the sleazy seafood swaps involve endangered species being tagged as something legally edible, and sold off. The widespread mislabeling is a result of corruption at every level in the fishing industry — from catch to table. In the wake of EnviroNews’ report, many are wondering: if a new species of crab can be found for sale at a fish market without being identified as such, how many other species are being sold that are endangered without anyone being the wiser?

Fortunately, this discovery has a relatively happy ending. The freshwater crab was found at a fish market that is generally known for selling aquatic animals for display in aquariums. While living in an aquarium may not be ideal for any creature, at least it can be seen as a small step above winding up on a plate and not being discovered at all. 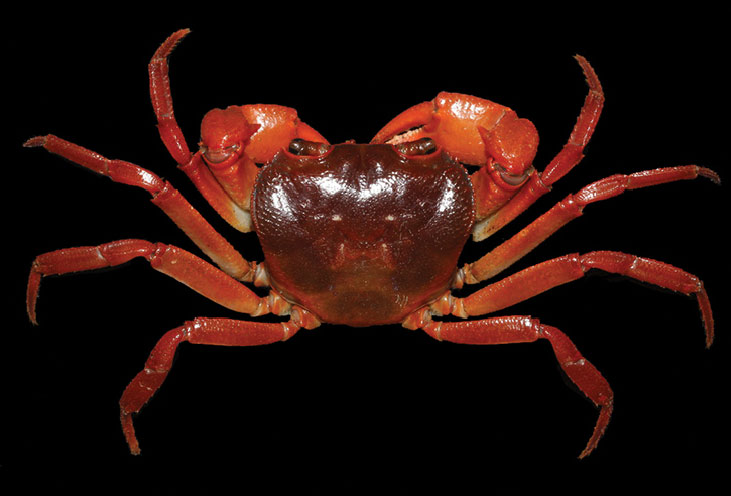 Since the initial discovery, scientists have been able to locate more specimens in the region. According to researchers, the Guangdon region has a smaller variety of freshwater crab species than neighboring areas, mostly due to a lack of research conducted in Guangdon. However, the Yuebeipotamon calciatile was found hiding in crevices in almost every freshwater, limestone pool the scientists examined – an impressively high density.

Their legs have also appeared to allow them to adapt to a location where no other potamids lived. The limestone hill streams can be volatile. Scientists presume the slender, long legs of the crab give it good mobility on land allowing it to find new water sources.