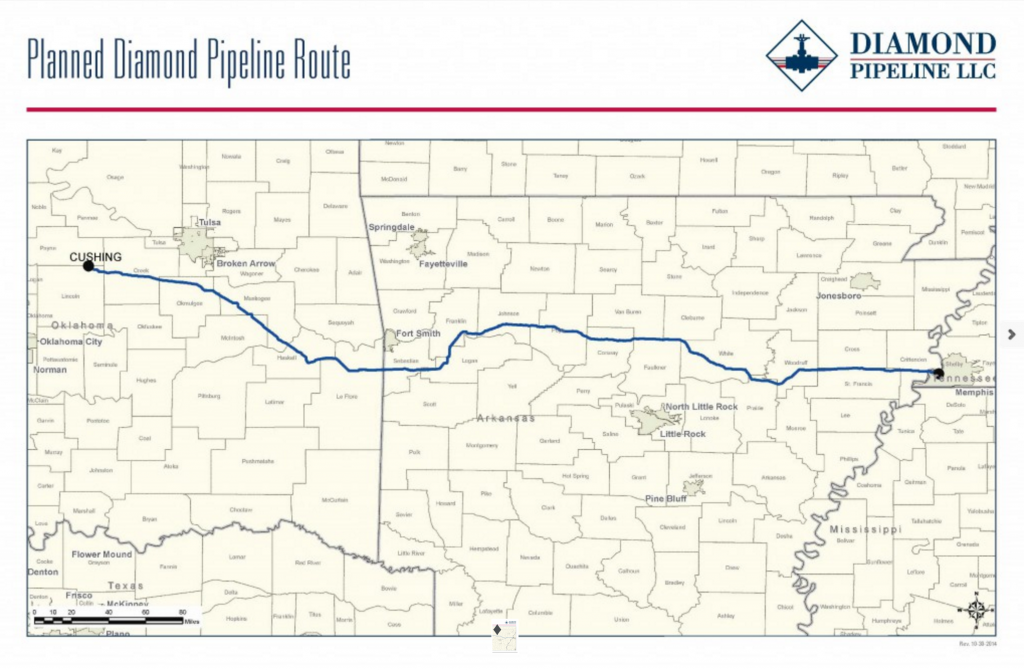 (EnviroNews DC News Bureau) — Jobs, jobs, jobs — that’s about all anyone ever heard from supporters of the Keystone XL Pipeline before that project went down in flames at the hands of the State Department earlier this year. Opponents continuously pushed back that Keystone XL would have created less than 40 permanent jobs while putting the environment at great risk. But that didn’t matter to KXL cheerleaders. They just kept on a truckin’ with their “jobs, jobs, jobs” sales pitch, despite what the permanent jobs numbers really were.

The epic battle surrounding the Dakota Access Pipeline Project, a.k.a. DAPL, has served to embolden pipeline fighters even more, while putting American oil pipeline projects under more scrutiny than ever.

Well, there’s a new kid on the block in the pipeline industry: Diamond Pipeline LLC (owned by Valero and Plains All American Pipeline) — and it says its project, the Diamond Pipeline, will “[transport] up to 200,000 barrels per day of domestic sweet crude oil from Cushing, Oklahoma to Memphis, Tennessee,” while, you guessed it, creating “jobs” (there’s that little word again). But how many jobs exactly?

According to the Project Overview on Diamond Pipeline LLC’s own website, the venture would create 1,500 temporary construction jobs while the pipeline is under construction for less than a year, while arriving at a whopping grand total of 15 permanent jobs. Yes, you did read that correctly: 15 jobs. Not a very strong total for a “jobs” argument to say the least.

Of course the company’s Project Overview, which contains a total of about 130 words, mentions nothing at all about the fact the $900m 440-mile pipeline would cross over more than 500 waterways, including rivers and streams, of which 11 are classified as drinking water sources — and those statistics don’t come from EnviroNews, they come directly from the U.S. Army Corps of Engineers.

Another possible point of concern for Diamond Pipeline LLC might be the fact the pipeline’s proposed path cuts through Native American lands, including that of the Sac and Fox tribe in Oklahoma. In the wake of the historic standoff at Standing Rock over DAPL, if the company isn’t concerned about that, perhaps it should be.

After months-on-end of battles between Energy Transfer Partners LP, the company behind DAPL, and Native American activist know as “protectors,” the U.S. Army Corps of Engineers finally caved and announced earlier this month that it would explore new pathways for the completion of that project. Retiring Senator Barbara Boxer (D) of California has also introduced the “Protect Our Drinking Water Act of 2016” — legislation requiring the Army Corps of Engineers to obtain written consent from federally recognized tribes and municipalities before granting easements to pipeline companies with projects that might threaten drinking water sources.

Opponents of the Diamond Pipeline also say the project will cross the Trail of Tears in five locations, where sacred Native American burial sites may come under threat. The DAPL struggle was escalated to new heights after Energy Transfer Partners crossed the line (pun intended), and plowed under known sacred sites of the Standing Rock Sioux.

Considering recent events at Standing Rock, many are wondering if the Diamond Pipeline has all the makings of another monumental battle between Native American protectors and another pipeline company out for profits.