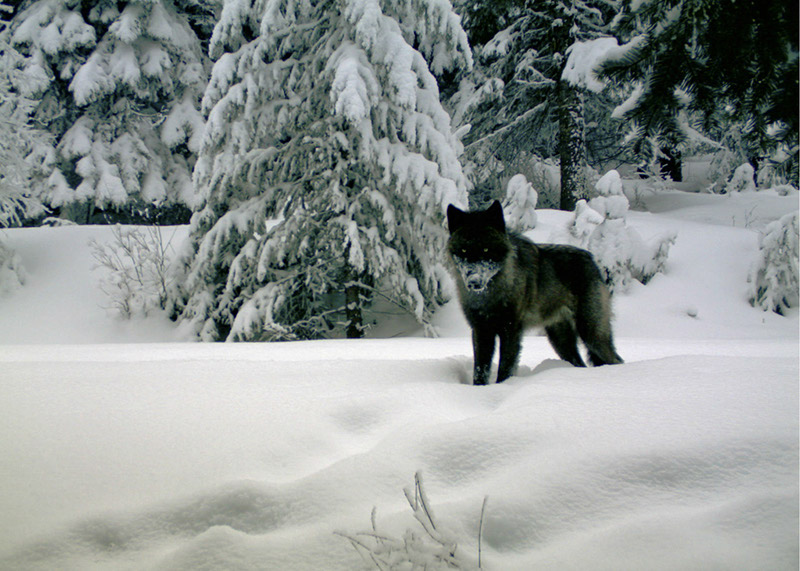 (EnviroNews Idaho) — Facing a lawsuit from conservation groups, the Bureau of Land Management (BLM) has revoked a permit allowing for a “predator derby” to take place on approximately three million acres of public lands in north-central Idaho near the town of Salmon.

The derby originally called for up to 500 participants to be awarded cash and other prizes for the killing of wolves and coyotes.

Wolves were removed from the endangered species list in 2011 following many years of recovery efforts in central and eastern Idaho.

A lawsuit was being prepared by the Center for Biological Diversity, Western Watersheds Project, Project Coyote and Defenders of Wildlife to stop the contest from taking place on BLM lands after federal land managers approved a Special Recreation Permit (SRP) in early November.

The permit allowed the event to take place every January for five-years after the BLM concluded it would not have a significant environmental impact.

The groups filed in federal court after the BLM granted the permit and challenged the agency’s environmental impact review as insufficient.

News of the BLM’s decision came on November 24, 2014 from U.S. Department of Justice Attorney Joshua Hurwit, who is representing the Bureau in this matter.

Amy Atwood, Center for Biological Diversity Senior Attorney, is pleased the derby will no longer take place on federal land this year but says they aren’t celebrating yet.

She said they are awaiting the BLM’s withdrawal notice, which may indicate if the agency has decided weather an SRP for the derby is even necessary. The DOJ is gathering more information before a decision is rendered.

That decision is anticipated any day but Hurwit said in an email no update was available as of yet.

“We’ll see what they say in their withdrawal notice,” Atwood said.

Once the parties are aware of the BLM’s stance, advocates can retool any necessary legal strategy to stop future derbies.

Most of the three million of acres of BLM land in question include low-lying winter range, Atwood said.

“We’re talking about the places where wildlife can be found (in winter),” she said.

Derby organizers, Idaho For Wildlife (IFW), say the event will go on — just on private property. IFW is organized in Idaho as a non-profit entity and promotes itself as a “hunters rights” group.

IFW Director Steve Adler didn’t respond for comment but provided a press release stating, “The decision by the BLM to withdraw our permit will not stop the coyote and wolf hunt. We cannot dictate where people hunt.”

They will however, require participants to sign a waiver indicating they understand any wolves or coyotes killed on BLM land will not qualify for derby prizes.

Last winter’s kill-off was the group’s first and drew over 100 hunters while 21 coyotes were killed. No wolves were taken out during the event.

For now, plaintiffs are breathing a sigh of relief even as they await more information from the BLM.

“Killing wildlife for fun and prizes on public lands that belong to all Americans is not only reprehensible, it is also a violation of the Public Trust Doctrine and contravenes Idaho Fish and Game’s policy condemning killing contents as unethical and ecologically unsound,” said Camilla Fox in a prepared statement. Fox is the founder and executive director of Project Coyote. “It is high time the BLM acknowledges that wildlife killing contests are not an acceptable ‘use’ of public lands.”

Calls for comment to the Idaho Falls BLM field office were not returned.