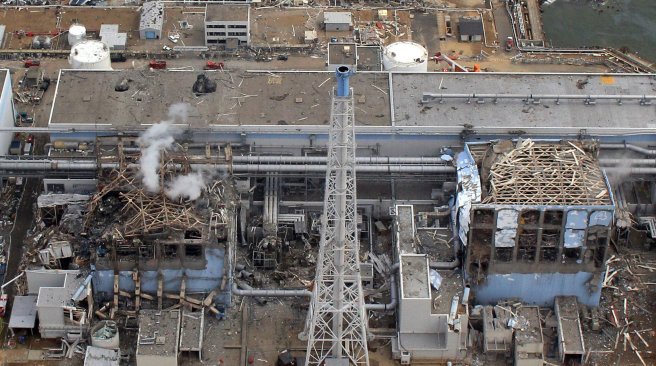 (EnviroNews Polls) — On February 29, 2016, three executives, including the former CEO and Chairman, of Tokyo Electric Power Company (TEPCO) were indicted by the Tokyo District Court for “professional negligence resulting in deaths and injury” for their roles in the triple nuclear meltdowns at the now-crippled Fukushima Daiichi nuclear power plant in eastern Japan. The order represents the first criminal charges since the tsunami and subsequent meltdowns paralyzed Fukushima Prefecture on March 11, 2011.

The “level 7” nuclear disaster represents, arguably, the worst manmade environmental catastrophe in human history and continues to leak and leach deadly plutonium, uranium and other isotopes into the Pacific Ocean to this day.

Along with former Chairman/CEO Tsunehisa Katsumata, former Vice Presidents, Sakae Muto and Ichiro Takekuro will stand trial in the case. All three are expected to enter a plea of innocent. If convicted, the men face up to five years in prison and a 1 million yen fine (about $8,900).

We put it you, our readers and viewers, to decide: Is a 5-Yr. prison term enough for executives at the helm in the Fukushima meltdowns? Yes or no? Cast your vote via Twitter or Facebook below. (EDITOR’S NOTE: If you feel you need more background on the case to cast a vote, click the EnviroNews news story just below the poll for more info.)

POLL: Is A 5-Yr. Prison Term Enough For Executives At The Helm in #Fukushima Meltdowns? Yes or No? VOTE NOW!

FOR MORE INFO ON THIS CASE READ: