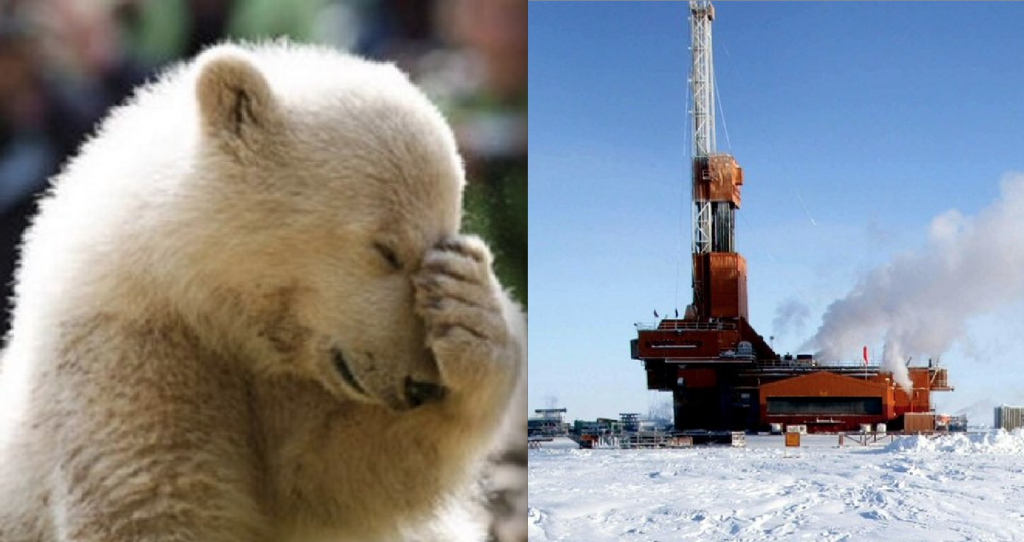 (EnviroNews DC News Bureau) — Washington D.C. — On Aug. 17, 2020, the U.S. Department of the Interior (DOI) fulfilled its obligation to Congress and released the parameters it would use to open the Arctic National Wildlife Refuge (ANWR) to commercial oil and gas development for the first time. The drilling leases will be located within the 1.56-million-acre portion of the refuge’s coastal plain near the Beaufort Sea – a place known as the “1002 Area.” The location is thought to hold the largest untapped North American onshore oil reserve.

In 2017, Senator Lisa Murkowski (R-AK) co-authored the Tax Cuts and Jobs Act, wherein she wrote a section ordering the development of ANWR — something Alaskan Republicans have been trying unsuccessfully for more than 30 years to do. Alaskan Senator Dan Sullivan (R) and Congressman Don Young (R) lent their support to the bill as well. By 2018, the Interior Department’s Bureau of Land Management (BLM) concluded the coastal plain could be drilled without harming wildlife, releasing its final environmental impact statement (EIS) in Sep. 2019.

Scientists say the arrival of extractive industries in this sensitive terrain would threaten polar bears (Ursus martius) which are already facing such dire conditions worldwide that they are migrating inland to eat plastic from garbage dumps and starving in their natural habitats due to accelerating climate-driven ice melt.

The Porcupine caribou (Rangifer tarandus granti) herd uses the expanse for calving and 135 species of migratory birds also call the refuge home. Environmental groups are outraged at the prospect of any industrial plunder in this wild oasis and contend it must be left unscathed.

“Our climate is in crisis, oil prices have cratered, and major banks are pulling out of Arctic financing right and left,” Adam Kolton, Executive Director at Alaska Wilderness League, told the Associated Press (AP). “And yet the Trump Administration continues its race to liquidate our nation’s last great wilderness, putting at risk the indigenous peoples and iconic wildlife that depend on it.”

“Congress directed us to hold lease sales in the ANWR Coastal Plain, and we have taken a significant step in meeting our obligations by determining where and under what conditions the oil and gas development program will occur,” U.S. Secretary of the Interior David Bernhardt said in a statement.

Bernhardt also said the legislation was unique because it didn’t only allow for oil and gas development. Rather, it required by law that the development bring energy to the U.S. and money to the treasury. The DOI must now hold the first lease sale before Dec. 2021, but Bernhardt expects it to happen much sooner. He told the Wall Street Journal the first sale could happen before the end of the year though the decision is facing stiff opposition.

If the DOI is able to establish leases before the upcoming election, it would put the future president (potentially Joe Biden) in the position of canceling leases, causing people to lose their jobs, and saddling the U.S. with lawsuits for trampling the rights of corporations.

“A Biden administration is likely to limit availability of new oil and gas leases on public lands in comparison to the traditional leasing process,” according to Kirkland & Ellis, an international law firm. “Most likely, this limit would not affect existing federal leases.”

The EIS seemingly contradicts the BLM’s 2018 conclusion. It claims that oil and gas development in the region could potentially harm wildlife, but the risks could be minimized by, for example, limiting heavy equipment use during the one-month caribou calving season. As reported last September by EnviroNews, the Trump plan was considered the most extreme amongst three initial proposals.

“There’s no good time to open up America’s largest wildlife refuge to drilling and fracking, but it’s absolutely bonkers to endanger this beautiful place during a worldwide oil glut,” Kristen Monsell, a senior attorney with the Center for Biological Diversity (the Center), told the New York Times.

The Center is legendary for roughing up the U.S. Government in court on endangered species cases and boasts over a 90 percent rate of victory in its federal lawsuits — all while “winning protection for more than 220 million acres of wildlife habitat – [or] more than twice the size of California,” according to one of the Center’s own online campaign videos.

The Tax Cuts and Jobs Act requires a second sale before Dec. 2024. Both sales will be at least 400,000 acres, and will include easements, other right-of-ways, and an additional 2,000 acres needed to develop the exploration zone.

“ANWR is a big deal that Ronald Reagan couldn’t get done and nobody could get done,” Trump boasted in an interview with Fox & Friends (49:53) on Monday.

Opponents are saying this isn’t done yet, even if Trump thinks it is. A bill was passed (225-193) in Sep. 2019 by the Democrat-led House to repeal the ANWR portion of the Tax Cuts and Jobs Act; it died in the Republican-controlled Senate. Still, there are other legal recourses.

“We will continue to fight this at every turn, in the courts, in Congress and in the corporate boardrooms,” said Kolton. “Any oil company that would seek to drill in the Arctic Refuge will face enormous reputational, legal and financial risks.”

Even if the sales can’t be blocked in court, investments in the project aren’t guaranteed. Goldman Sachs, JPMorgan Chase, Wells Fargo and other banks have already committed to not directly fund any oil and gas drilling in ANWR, according to the New York Times. No one knows which companies will be in play for the leases if and when they become available.

“There’s no way to accurately predict how much interest there will be until there’s an actual lease sale,” said Kara Moriarty, President and Chief Executive of the Alaska Oil and Gas Association. “Companies simply do not talk about where they intend to bid beforehand.”

(EnviroNews DC News Bureau) – Washington DC – EnviroNews Editorial: How quickly we forget, or shall we say, how quickly the U.S. Department of the Interior forgets, as it has now given the go ahead for Shell Oil Company to commence drilling activities in the arctic’s Chukchi Sea….

(EnviroNews World News) – Novaya Zemlya, Russia – As arctic ice melts due to human-caused climate destabilization, polar bears (Ursus maritimus) are being forced to move farther inland in search of food. This brings them into closer contact with people and landfills. Now, Russian scientists are sounding the warning about climate…

(EnviroNews World News) – Vancouver, BC – In the wake of yesterday’s protest wherein Audrey Seigl, a Native American First Nations activist, put her body in front of the 300-foot-tall “Polar Pioneer” deep ocean drill rig with only a feather and a drum, Greenpeace Canada’s “Save the Arctic”…

(EnviroNews Alaska) – Chukchi Sea – Maintaining wildlife observers, installing a 30-foot piece of equipment called a “capping stack” and drilling only one site at a time, represent just a few of the requirements placed on Royal Dutch Shell in order to continue its exploratory mission for deep-ocean…