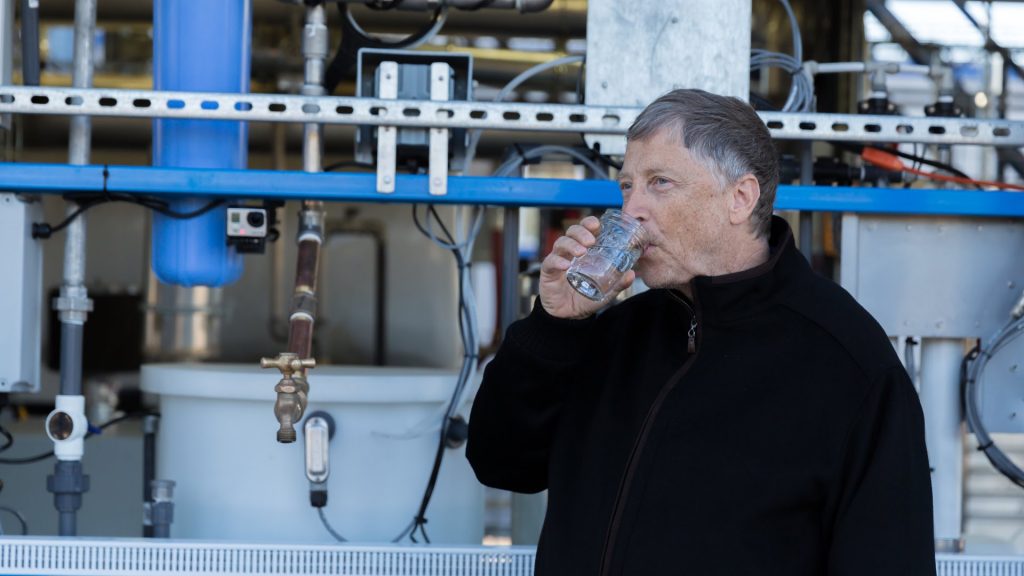 (EnviroNews World News) — EnviroNews has reported on the controversial environmental record of billionaire Bill Gates. From holdings in Monsanto to his plutonium pipe dreams, Gates’ philosophies on energy and technology are subject to extreme scrutiny. However, Gates may have just pulled part of the solution to the problems of drinking water, waste disposal, and renewable energy sources out of his butt.

Technically, the solution comes in the form of the Janicki Omniprocessor. The machine designed by Janicki Bioenergy takes human waste (poop) and turns it into safe drinking water, energy, and ash, which can be used in concrete. It was created in response to a challenge from the Bill and Melinda Gates Foundation to create a waste disposal tech that was cheaper than the current systems being used in developed countries. The new system would be used in developing nations, especially in Africa.

Janicki Bioenergy says the OmniProcessor S200, a newer model than the one currently working in Dakar, is able to process 50 wet tons of waste a day. The way the sewage is treated generates 250 KW of electricity, which is more than enough to run the machine, and 13,000 gallons of drinking water per day. Additionally, it creates between one and two tons of ash every day.

The cost of the machine is around $1.5 million, and it has a footprint of about 3,276 square feet. Entrepreneurs who purchase the unit can expect to make money from taking in waste, and from selling water, energy, and ash.

When working at capacity, the device is able to process the waste of between 50,000 and 100,000 people a day. The leftovers from the process are pathogen free and help to address some of the health concerns developing nations face. It is also environmentally friendly, exceeding current U.S. federal waste management pollution levels in mercury and particulate matter.

While drinking poop water may make Gates the butt of many jokes, his dedication to the project cannot be denied. Not only did he drink water created from the processor, he got Jimmy Fallon to do so as well. The Bill and Melinda Gates Foundation is credited with getting the pilot project up and running in Dakar, Senegal.

Janicki Bioenergy plans to ship a second processor to Cambrene near Dakar in 2017. The company cites the relationships and cultural inroads already made as being important to the success of both Omniprocessors and a large part of the reason the new machine will be in Dakar. The new processor will be owned by a private company.

MORE ON BILL GATES FROM ENVIRONEWS