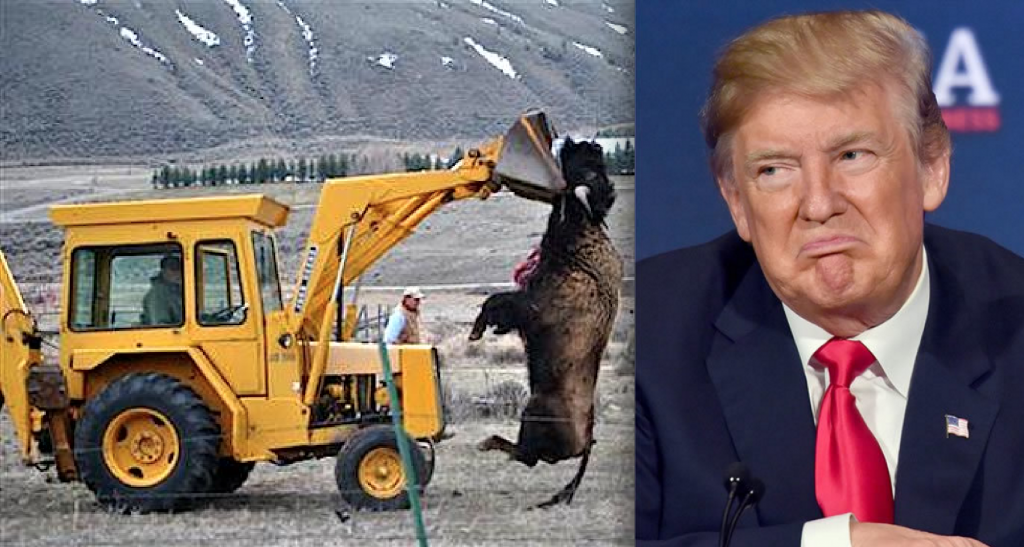 (EnviroNews Wyoming) — Reversing what was hailed as a “fantastic victory” in federal court for both wild plains bison and environmentalists, the U.S. Fish and Wildlife Service (USFWS/the Service), with a post in the Federal Register on September 6, 2019, made it clear that it will not be affording any Endangered Species Act (ESA) protections to the two genetically distinct bison herds living in and around Yellowstone National Park. The announcement has conservationists up in arms, calling foul, and saying the move is nothing more than an ad hoc maneuver discharged to pander to the livestock industry.

In February of 2018, EnviroNews Wyoming reported, “Federal Judge Christopher Cooper ruled USFWS officials must reconsider their 2015 decision to deny Yellowstone bison protections under the ESA.” Cooper went on to rebuke the Service in his opinion saying the agency couldn’t “simply pick and choose” studies that only supported its own position, demanding the Service to also provide science that undermines its “not warranted” stance, and then explain why those undermining studies are wrong.

The origin of that legal dust-up can be traced to a petition filed with the Service on November 14, 2014, by two environmental non-profits: Western Watersheds Project (WWP) and the Buffalo Field Campaign (BFC).  The NGOs requested the Service add Yellowstone’s bison to the endangered species list as a genetically distinct population segment (DPS).  The USFWS thumbed its nose at that request, claiming it lacked the science to demonstrate a need for protection.  But Judge Cooper didn’t see it that way, in fact, opining that it was the Service that was lacking science, and ordering the agency to reevaluate its original conclusion.

The Service has now apparently done this, and it has arrived at the same result, summarizing its new findings in the Federal Register this way:

In a joint press release titled, “Conservationists Blast USFWS Denial of Yellowstone Bison Protection,” WWP, BFC and a third organization, Friends of Animals (FoA), fired off at the USFWS saying the agency presented nothing new to further its case for a “not warranted” decision.

“Today’s finding does nothing to remedy the fundamental flaw in the original finding that was struck down by the District Court for the District of Columbia in 2018,” the groups wrote jointly in the statement.

“Once again, the U.S. Fish and Wildlife Service has applied the wrong evidentiary standard in our petition to list the Yellowstone bison as threatened or endangered,” said Darrell Geist, Habitat Coordinator with the BFC. “The genetically distinct subpopulation of wild bison in the Central Range is at risk of extinction. Nothing is being done to turn that fact around.”

“The new finding continues to flaunt the Endangered Species Act’s legal requirement to use the best available science and not politics,” said Michael Harris, Legal Director at FoA.

Yellowstone’s herds harbor about 5,000 animals and contain the last continuously free-roaming plains bison (Bison bison bison) in the United States.  Genetically free from cross-bred cattle DNA, these animals are the only pure-blooded descendants from the estimated 60 million bison that once roamed the American prairie. In other words: these aren’t just your run-of-the-mill buffalo. 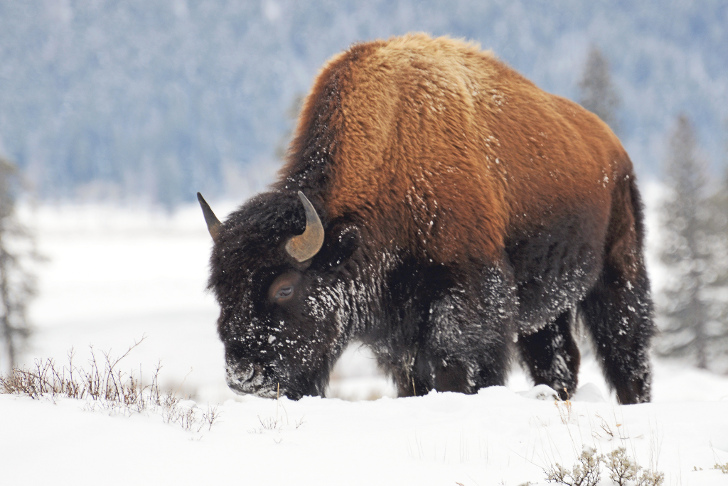 “Unfortunately, due to the political pressure applied by the livestock industry, America’s national mammal is confined to less than one percent of its original range,” the NGOs wrote, also pointing out that “in Yellowstone it faces the constant threat of capture and slaughter by the National Park Service as they attempt to migrate beyond the Park’s borders.”

Brought by European settlers, Brucellosis abortus is a bacteria that can infect bison and do damage to the animal’s reproductive functions and fetuses.  The bacteria can infect humans too, causing flu-like symptoms.  It’s been all but eliminated in U.S. livestock and exists primarily in elk and bison in the Greater Yellowstone Ecosystem (GYE).  But despite both the National Academy of Sciences and the Centers for Disease Control (CDC) acknowledging that not one documented case of transmission from wild bison to cattle has occurred in the area, ranchers enthusiastically support an annual roundup and culling of any buffalo that may be carrying the pathogen.

But it’s not only fear of the spread of brucellosis that drives these ranchers to participate in thinning the herds every year. Fear of property damage and competition for prime grasslands is also a motivating factor.  Hunters kill the animals when they stray from their designated areas in a search for wintertime food.  According to the Salt Lake Tribune, over 10,000 animals have been captured and slaughtered or killed on the range “over the past several decades.” 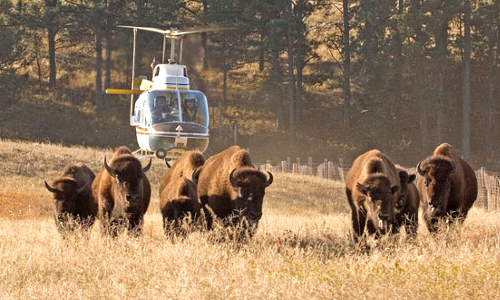 “The simple truth is that the livestock industry does not want bison to exist as a native wildlife species in the United States,” said Josh Osher, Montana Director for the WWP. “The Trump Administration’s latest finding is one more example of [how] industry is favored over the natural world at all costs — even the potential extinction of an American icon, the wild bison.”

Considering the WWP’s history, wherein the group touts an impressive 85% success rate when suing the federal government in endangered species cases, it seems logical to surmise that the case of the Yellowstone bison will be heading back to court soon.

(EnviroNews Arizona) – Tucson, Arizona – Two of America’s most successful environmental gunslingers fired off yet another lawsuit against Trump’s U.S. Fish and Wildlife Service (USFWS/the Service) on September 4, 2019, accusing the agency of “[failing] to consider science” as part of a “capricious” decision to not protect…

OTHER BISON NEWS FROM ENVIRONEWS

(EnviroNews Wyoming) – In what wildlife and conservation organizations are calling a “fantastic victory,” on Feb. 1, 2018, Federal Judge Christopher Cooper ruled U.S. wildlife officials must reconsider their 2015 decision to deny Yellowstone bison protections under the Endangered Species Act (ESA). According to the opinion written by…

(EnviroNews Wyoming) – The Wyoming Game and Fish Department (WGF) has sanctioned an upcoming bison hunt on the North Fork because the area’s population has skyrocketed to a whopping 18 animals. There will be two tags available for resident hunters and one tag for non-residents, making a grand…

(EnviroNews Arizona) – North Rim, Arizona – The U.S. National Park Service (NPS) gave its final approval this month for a bison (Bison bison) hunt and relocation program that would drastically thin a 600-animal herd, residing in the park’s North Rim, to less than 200 by next year….