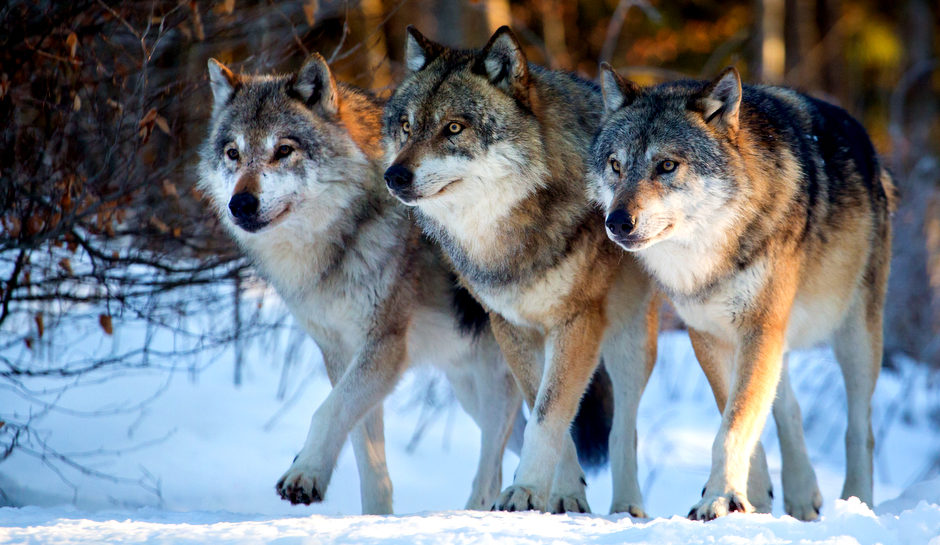 (EnviroNews Washington) — Olympia, Washington — The Washington Department of Fish and Wildlife (WDFW) announced October 19, 2016, that it would spare the remaining four members of the now demolished Profanity Peak Wolf Pack, after already having killed seven of its wolves (Canis lupus) to appease cattle ranchers. Now, only a female and three juveniles remain. The pack had totaled 12, but a pup is also presumed to have perished from natural causes.

The agency started eradicating the pack’s wolves on Aug. 5 this year in Ferry County, but says it will now grant a stay of execution to the remaining four, saying it doesn’t expect more killing at present since most of the area’s cattle have been rounded up and brought in from grazing allotments for the winter.

WDFW Director Jim Unsworth told Fox Q13 the agency would “continue to monitor” the four remaining wolves and would “remove” them too if attacks on cattle continue. According to WDFS, the pack killed 10 ranch animals with another five suspected.

In 2009, wolves lost their Endangered Species Act (ESA) protection in eastern Washington, where 16 of the state’s documented 19 wolf packs reside. With that delisting came rules granting WDFW permission to use lethal methods against wolves if it confirms an animal or pack has attacked four livestock specimens in a calendar year, or six in a two year period. Sadly for wildlife lovers, according to WDFW, the Profanity Peak Wolf Pack met the criteria.

The massacre of the Profanity Peak Wolf Pack by Washington’s state wildlife office comes on the heels of an epic settlement reached last week between conservation group WildEarth Guardians, and the federal animal control agency Wildlife Services — an ancillary arm of the U.S. Department of Agriculture (USDA) that has killed thousands of American wolves, including even endangered Mexican wolves, to make life easier for ranchers and farmers.

Wildlife Services (WS) has been sued by WildEarth Guardians in several states, including Washington, for its killing of wolves “at the behest of the livestock and agricultural industries.” After several federal judges ruled in favor of WildEarth Guardians, the two entities entered the “landmark settlement” — an agreement that stops all WS’ critter killing in wilderness areas in Nevada, and forces the loathed agency to submit new environmental analyses (EA) across the country. In many respects, wolves were at the heart of the legal battle leading up to the settlement.

READ OTHER STORIES ON GOVERNMENT WOLF KILLING BY ENVIRONEWS