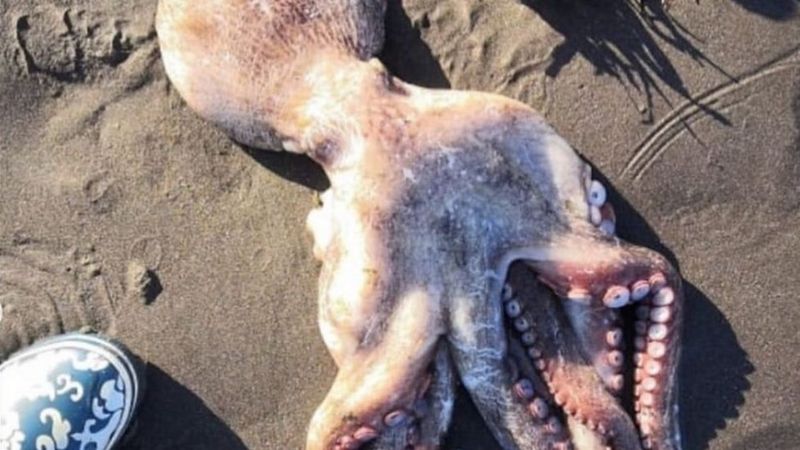 (EnviroNews World News) — Kamchatka Peninsula, Russia — Kamchatka, Russia, one of Earth’s biological marvels, supports an abundance of wildlife thanks to its 160 volcanoes. On land, it’s known for its Kamchatka brown bears, Eurasian forest reindeer, elk, moose, wolves, and mountain sheep. In the air, Steller’s sea eagles battle golden eagles for food, while the waters are famous for their salmon runs and whale-watching opportunities. But since Sept 2020, the region has been reeling under a behemoth environmental disaster that scientists say has now killed 95% of all seabed life in the region.

In Sep. 2020, surfers in Kamchatka reported problems breathing, burning eyes, and “chemical” burns. Sixteen people went to the hospital suffering from fever, nausea and corneal burns. Meanwhile, local residents wondered why so many dead animals were washing up on Khalaktyrskiy Beach. Given the region’s recent history, local authorities and environmentalists originally thought possible chemical or oil spills were the problem. But on Oct. 16, National Geographic reported a massive algal bloom is to blame.

On Oct. 23, 2020, Andrei Andrianov, Vice President of Russia’s Academy of Sciences, announced that that agency’s official probe confirmed the algal bloom, according to the AFP.

Svetlana Radionova of environmental watchdog Rosprirodnadzor agreed with the Russian Academy of Science’s results. The organization conducted 5,000 tests and could not see how the die-off was caused by humans. However, Russia’s Greenpeace and the World Wildlife Fund (WWF) have yet to draw their own conclusions on the matter. 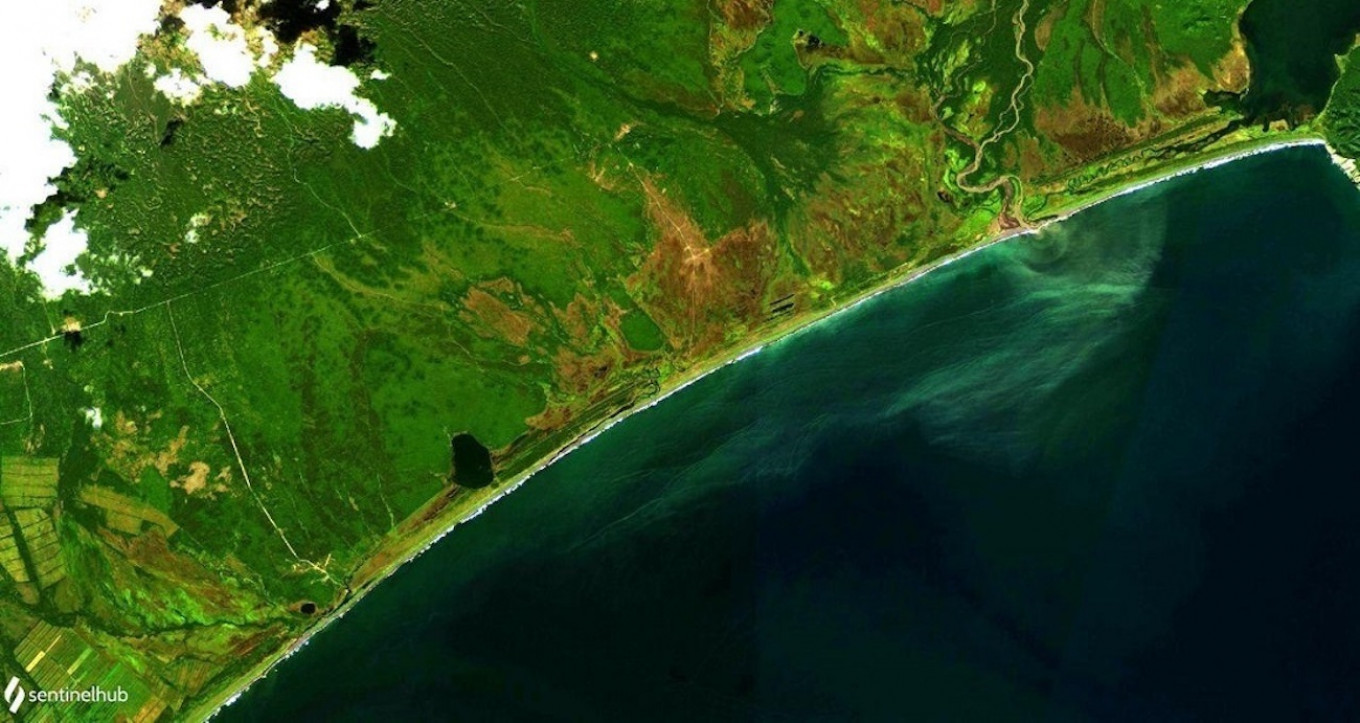 “Unfortunately, public data available today does not fully prove any version of the ecological crisis off the coast of Kamchatka,” said the WWF.

Phytoplankton provide about half the world’s oxygen. However, when waters warm or become contaminated with nutrient runoff, certain species can grow out of control. When those species die, they produce toxins and deplete oxygen in the water, which would explain the deaths of the sea’s bottom-dwellers according to Kirill Vinnikov, a marine biologist at the Far Eastern Federal University. In this case, Russia Beyond reports algae of the genus Gymnodinium is to blame.

“It was the toxicity of the algae,” Environment Minister Dmitry Kobylkin told Russian state news agency TASS, adding that it was not a man-made disaster. “But what the algae was responding to is probably what is most interesting and important… I don’t have an answer to this yet.”

Woods Hole senior scientist Don Anderson suggested to National Geographic that Kamchatka authorities should continue searching for a chemical polluter that could have caused the bloom. According to Anderson, cleaning up pollution is much easier than trying to tackle the primary cause of algal blooms – climate change. 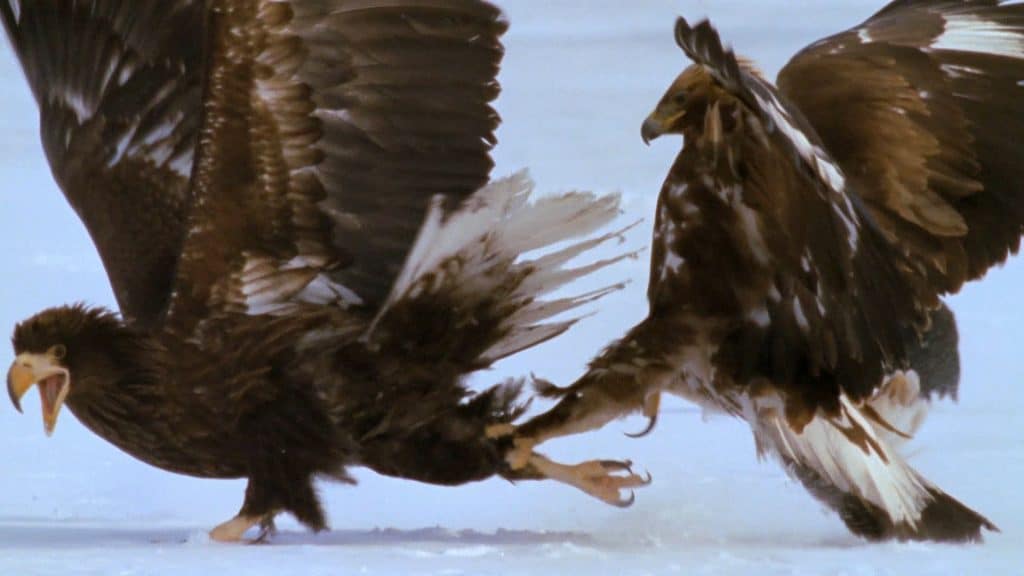 The algal bloom has spread south, and brown bears are suffering from food poisoning when they eat dead fish on the shore. As the effects of the die-off ripple up the food chain in one of the world’s most bio-diverse areas, scientists are faced with more questions about how climate change, responsible for warmer waters and weather, is affecting the home of endangered species like sea otters and steelhead trout. 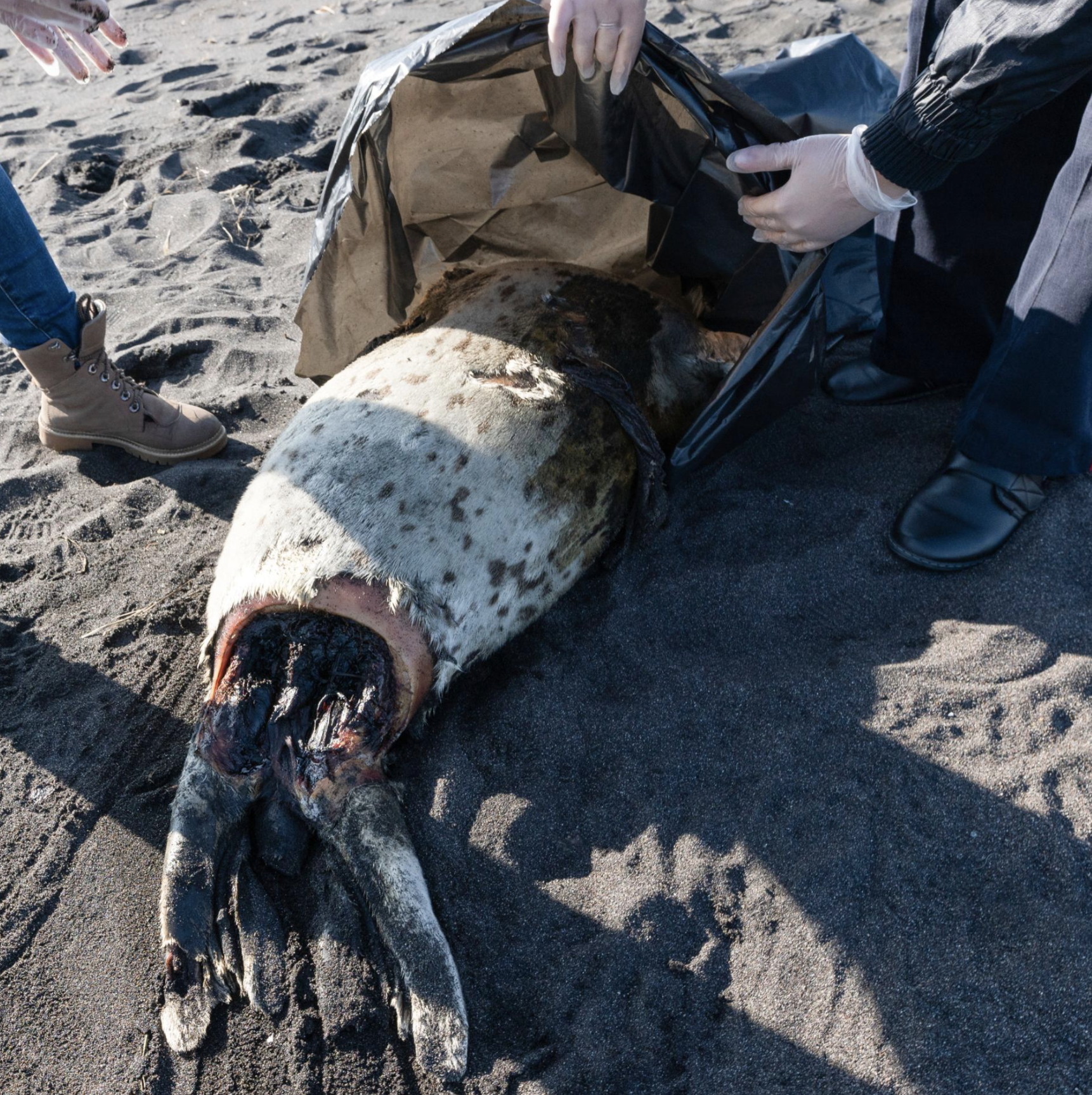 Dead Spotted Seal in Kamchatca — Photograph by Alexandr Piragis for: Sputnik via AP

Sea urchins have been disproportionately affected by the poisons, dying in far greater numbers than fish. This has scientists concerned for the fewer than 200 sea otters in the area, for which sea urchins are a primary food source. Sea otters generally won’t travel to find food.

“We didn’t expect that the area of algal blooming [would] be so massive,” says Vinnikov. “It is an unprecedented case.”

Scientists ruled out volcanic activity, the higher than normal levels of phenol, iron, oil products, phosphate ions, and mercury, leakage from a pesticide plant and military testing site, and a recent waste dump from a passing ship on Sep. 23, 2020. A flight over the area revealed the tell-tale signs of blooming algae. The water was swathed in red, yellow, and green. 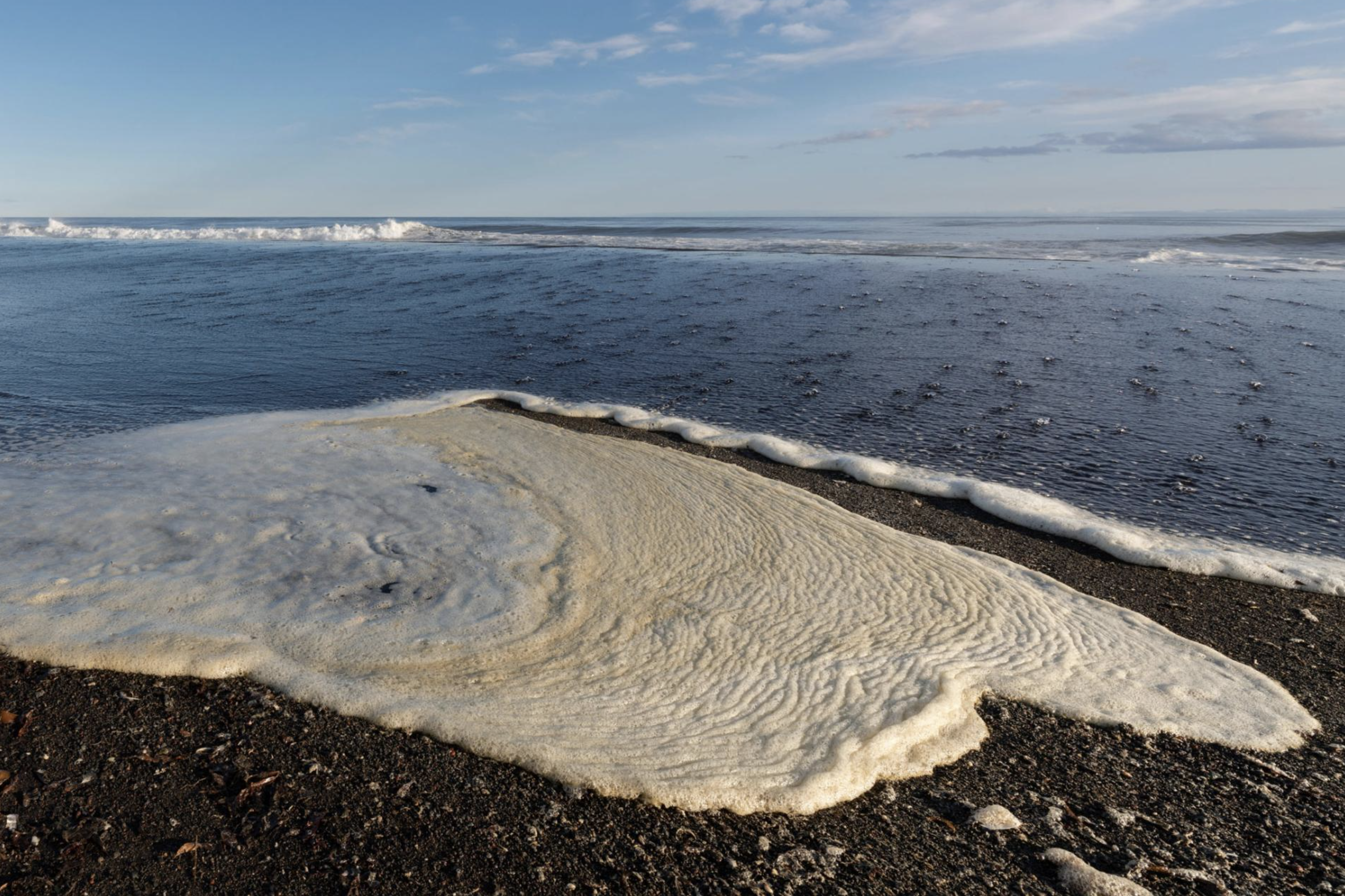 “We flew 100 kilometers to the south of Kamchatka, and we observed this kind of discoloration of the water almost along the whole coastal area,” Vinnikov concluded. “The whole coastal zone is infected.”

In May, Kamchatka was the site of a 21,000-tonne diesel leak. More recently, the port city of Nakhodka had an oil spill cover 35,000 square meters of water.