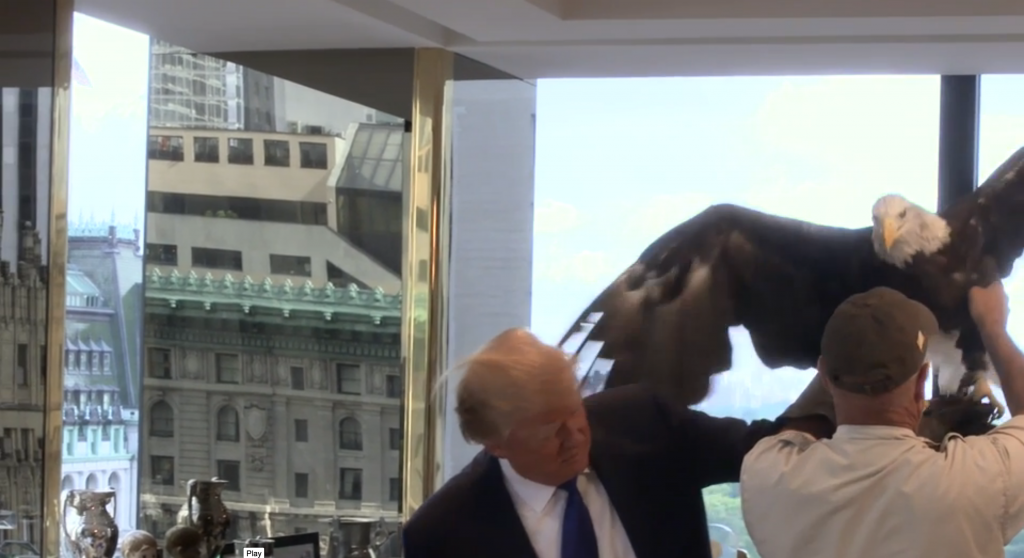 (EnviroNews World News) — An American bald eagle smacked Donald Trump upside the head in August of 2015 when he was prepping for a TIME Magazine cover story. To be clear, the eagle bashed him in the hair not once, but several times — real quick like — before the bombastic candidate even had a chance to respond.

We recap this video for you here tonight on January 28, 2016, on EnviroNews World News — on the eve that Trump ditched out and held his own event in lieu of Fox News’ televised GOP Debate.

For the record, the eagle that had the cajones to slap Trump in the head goes by the name of Uncle Sam, and he’s 27-years-old. Good job Uncle Sam. The press certainly hasn’t had the chutzpah to do it.

Enjoy the video in the player below. We have yet to see a person yet who hasn’t received a good belly laugh from it.