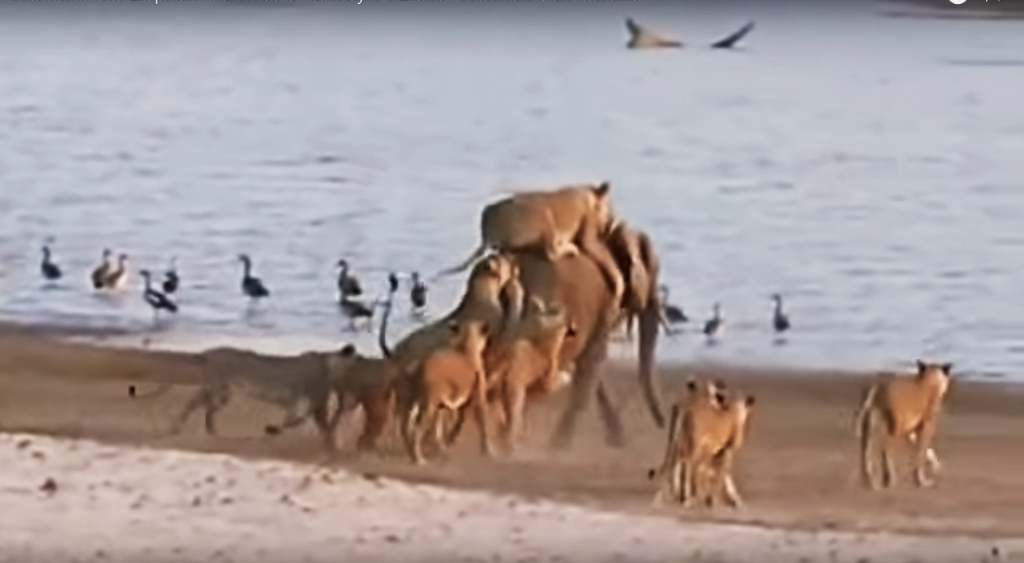 (EnviroNews World News) — An incredible video has surfaced showing a wildlife encounter for the record books — a one-year-old male baby elephant who fought off, staved off, and downright outwitted not one, not two, but 14 attacking lions. The tenacious yearling has aptly received a nickname since the epic battle. They’re calling him “Hercules” — and after watching this miraculous escape for yourself, you’ll know why.

Hundreds of comments have piled onto the video, with viewers redundantly iterating how their “hearts were in their mouths,” and their stomachs in their throats, as they watched the cute little guy do his best to fight an entire pride of vicious salivating lions — big cats determined to have little Hercules for lunch.

The team cheered the little fella on and was left in suspense as he made several potentially doom-filled decisions in the seemingly hopeless, action-packed fight. But what happens next you must see to believe. Check it out for yourself in the amazing wildlife video below.