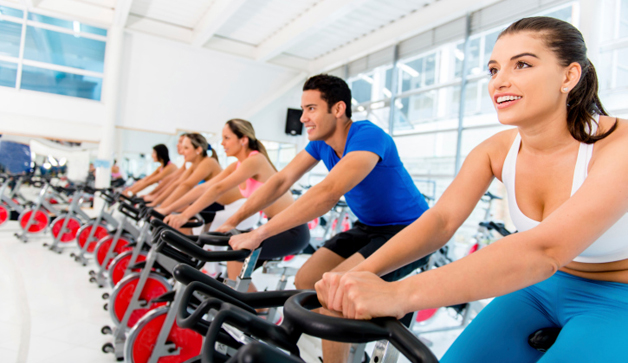 (EnviroNews Headline News Desk) — Today’s high-intensity workout trends are sending a substantial number of people to the emergency room with a life-threatening condition known as rhabdomyolysis, according to a report authored by Daniella Emanuel for CNN on July 26, 2017. Activities such as Spin class, CrossFit, P90X, weightlifting and distance running are all to blame the report said, landing dozens of people in the hospital around the country.

Rhabdomyolysis is a malady first officially recognized in 1908 following the Messina earthquake in southern Italy, though it’s been suggested it was first referenced in the Bible. The condition results in a rapid breakdown of muscle tissue accompanied by a large release of the protein myoglobin into the bloodstream. The excessive myoglobin leads to dark “tea-colored” urine, nausea, extreme joint stiffness, brain fog, confusion and in severe cases, full-blown kidney failure.

The condition can arise when an individual takes up a new strenuous exercise routine, beyond or significantly different than what they are accustomed to. CNN‘s story references the case of a 33-year-old Los Angeles actor named Michael Everett, who went to his first SoulCycle class pumped up and full of enthusiasm. But within a few minutes, Everett reported he could feel his thighs hurting in an abnormal way. Despite not feeling right, Everett pushed through and finished the class, but his symptoms kept getting worse. After some good luck researching his own symptoms on the internet, he was in the hospital by the following evening. The diagnosis: rhabdomyolysis. It took a week for him to be discharged from the hospital and he says his legs are still sore with pain.

A study published in the American Journal of Medicine titled, Freebie Rhabdomyolysis: A Public Health Concern. Spin Class-Induced Rhabdomyolysis, focuses on three acute cases of the disease caused suddenly by Spin class. The study says hospitalization commonly occurs following a subject’s first class. The three cases observed include an individual who suffered the onset after spinning for only 15 minutes, a second person who otherwise exercised regularly, and a third case, where a 33-year-old kindergarten teacher had to be placed on dialysis after she experienced full renal failure. All three subjects became ill after their very first Spin class.

Dr. Alan Coffino, nephrologist and Chairman of Medicine at Northern Westchester Hospital in New York, co-authored the study after treating the 33-year-old kindergarten teacher, and told CNN, “It’s tough to tell somebody who’s 33 years old, ‘I need to start you on dialysis.’ And so you treat them with a lot of fluids, and you hopefully get them to the point where their kidneys open up and they start getting rid of the toxins and they don’t have to go on dialysis… In her case, we had to pull the plug and put her on dialysis.”

Rhabdomyolysis can be caused by multiple things other than strenuous exercises. Side effects from several pharmaceutical drugs can lead to the condition through causing the release of myoglobin. The disease was seen frequently during World War II in survivors who had been trapped and struggling for life under the ruble of bombed buildings. But in 2017, it’s the fitness craze that’s often to blame.

“I’ve had patients come in who can’t walk. They can’t get out of bed. They call 911 because their muscles don’t work,” Dr. Derek Fine, Associate Professor of Medicine and Interim Chief of Nephrology at Johns Hopkins Medicine told CNN.

Rhabdomyolysis is caused by acute trauma to the muscles — an excessive overload beyond what the subject is accustomed to. In mild cases, the patient is given a lot of fluids and monitored for a few days while the body flushes out the toxins. In more serious cases, like Everett’s, it can take a week or more of being hooked up to IVs and “pumped with fluids” to flush the toxins from the bloodstream. But in the most severe cases, the sufferer may require dialysis to remove the myoglobin from the blood in an effort to salvage the kidneys — and without that treatment, the ailment can be fatal. In some cases, muscle groups can swell and lock up completely, requiring surgery to release the pressure.

Patients are diagnosed in part by analyzing their creatine kinase (CK), a.k.a. creatine phosphokinase (CPK), levels. The disease range starts around 1,000 U/L, ranging to 5,000 U/L in severe cases. CPK is an enzyme involved in converting creatine inside the body, and it can leak into the bloodstream when muscles are damaged. Patients are released from the hospital only after their CKP levels have returned to normal. 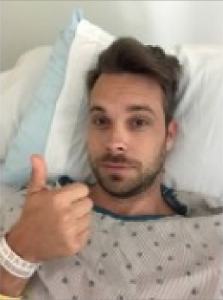 Researchers warn that people who exercise regularly and are otherwise in good shape can fall victim to rhabdomyolysis. Usually the condition occurs when these individuals push themselves too hard or try a new exercise or routine that works an underused muscle group. In the medical literature there are currently 46 documented cases of people being hit with rhabdomyolysis after Spin class. 42 of those instances occurred during the person’s very first class — like Everett and the kindergarten teacher.

“I just wish SoulCycle would have said at the beginning of the class, ‘if you work out too hard, this can happen to you,'” Everett told CNN.

Dr. Maureen Brogan, associate professor of medicine at Northern Westchester Hospital and lead author of the study, is concerned about Spinning in particular due to its popularity saying, “[With] Spinning, you burn 600 calories in an hour, and you lose up to a liter an hour of sweat. 600 calories is like running six miles. So if you’re not conditioned, you wouldn’t just run six miles.”

Individuals taking up Spinning or other strenuous programs like CrossFit, Insanity and P90X are urged to stay hydrated and start slowly, and to gradually build the intensity of their workouts over the course of days or weeks. Instructors are encouraged to become more aware of rhabdomyolysis, to inquire and ascertain who is new in their classes and to start off newcomers with an easier version of the routine — incrementally increasing the intensity of their program.

“It’s better just to err on the side of caution and take things slowly,” Brogan concluded.