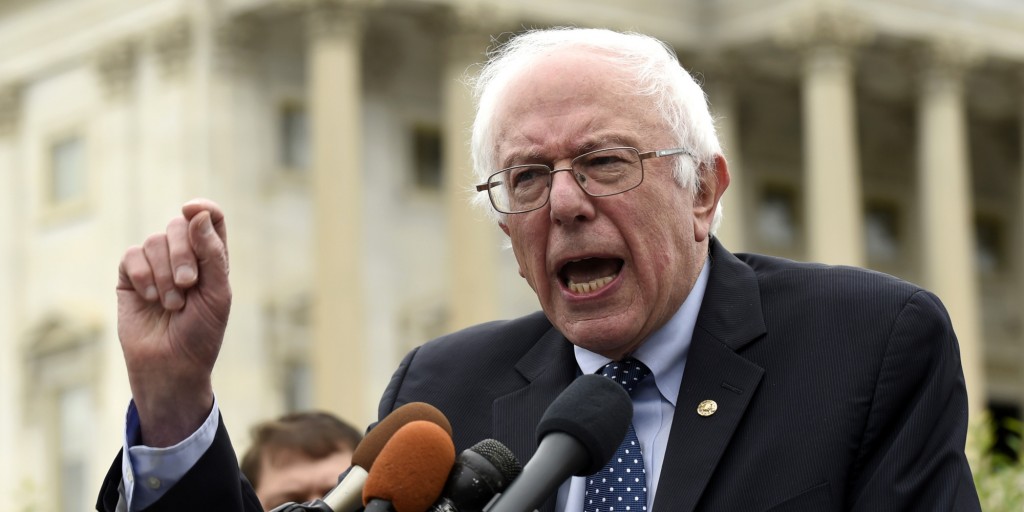 (EnviroNews World News) — Washington, D.C. — On the morning of Saturday, January 16, 2015, Democratic presidential candidate Senator Bernie Sanders called for the immediate resignation of Governor Rick Snyder (R) of Michigan over the ongoing lead poisoning scandal in the town of Flint.

The town’s water supply was tainted with lead after emergency managers, appointed by Snyder, ordered a cold-turkey switch from Detroit’s water supply, to the more corrosive Flint River last April. The switch was made without certain additives that could have prevented corrosion in the pipes.

According to water experts, the entire crisis would have been averted had the city simply spent as little as $100-per-day to treat the newly supplied water from the Flint River. As a result, nearly the entire population of Flint, a city of approximately 100,000, has been exposed to toxic amounts of lead.

Lead is a powerful neurotoxin, especially damaging to the developing brains of children. Kids exposed to lead can suffer an array of brain damaging effects including lowered IQ, cognitive decline and myriad other learning disabilities. According to the Centers for Diseases Control (CDC), there is no safe level of lead to be exposed to. CDC writes on its website:

Protecting children from exposure to lead is important to lifelong good health. No safe blood lead level in children has been identified. Even low levels of lead in blood have been shown to affect IQ, ability to pay attention, and academic achievement. And effects of lead exposure cannot be corrected.

Evidence suggests the Governor knew at least as early as July that Flint had a problem with its water, but instead of warning the public and declaring a state of emergency, the Snyder Administration chose instead to placate the masses, telling them everything was fine, and encouraging residents to continue using the toxic water.

This morning Sanders said in a press release, “There are no excuses. The Governor long ago knew about the lead in Flint’s water. He did nothing. As a result, hundreds of children were poisoned. Thousands may have been exposed to potential brain damage from lead. Gov. Snyder should resign.”

Surprisingly, Sanders is one of the first politicians to call for the Governor’s resignation, though many others have called for much worse.

Droves of citizens are advocating Snyder’s impeachment and arrest, while local newspapers and editorial boards are demanding the Governor drop the “executive privilege” shield he’s been hiding behind, and disclose all emails, transmissions and documents on the Flint matter to the media immediately.

Legendary actress and singer Cher even went so far as to call for Michigan’s Chief Executive to be arrested and then executed by “firing squad.”

The Flint story has made headlines around the world and has sparked a level of outrage rarely seen over an environmental disaster.

Federal investigators along with Michigan’s Attorney General have launched probes into the festering mess. One of the main questions people wanted answered is: Exactly what did the Governor know, and when did he know it?

If one thing seems clear, it’s that he knew about Flint’s water problem months before a state of emergency was finally declared last month in December of 2015.

Sanders’ office concluded its press release with another quote from the Senator writing, “Because of the conduct by Gov. Snyder’s administration and his refusal to take responsibility, families will suffer from lead poisoning for the rest of their lives. Children in Flint will be plagued with brain damage and other health problems. The people of Flint deserve more than an apology.”