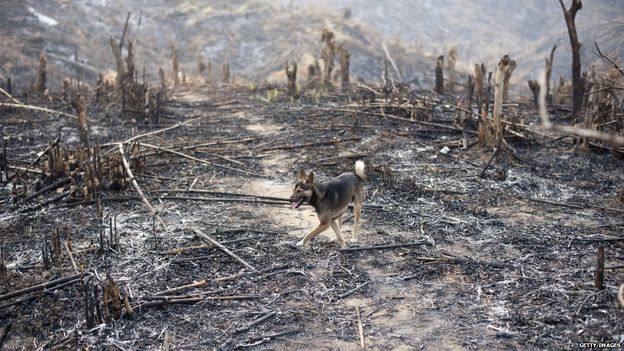 (EnviroNews World News) — Myitkyina, Kachin — Myanmar (Burma) — 153 Chinese nationals have been sentenced to life in prison in Myanmar for illegal logging in forests along the country’s eastern border. Two 17-year-old boys were also handed down sentences of 10 years, while a woman was given a 15-year prison term for drug possession, BBC News reported. An official of the court said all the defendants would have the opportunity to appeal the rulings.

China has waged a diplomatic protest with Myanmar in regards to what they have lobbied are unusually harsh sentences, saying the punishment doesn’t fit the crime.

China’s foreign minister said they were “extremely concerned” about the sentences and continued, “China had repeatedly, on many levels and through many channels, made representations with Myanmar [Burma] about the case,” The Guardian reported. The ministry has demanded the cases be handled “in a lawful, reasonable and justified manner.”

The group was busted in January by a coalition that included police, military and forestry personnel, as part of crackdown on illegal logging in the country. The defendants have maintained they were “tricked” into cutting trees across the woodsy border, while the communist Chinese media has written the sentences were over-the-top as a result of ill will toward China by the Burmese. China is far and away the largest importer and holder of raw natural resources in the world, and although necessary to China’s unfathomably huge manufacturing sector, valuable materials like timber, minerals, stones, precious metals, and oil are becoming harder and harder to get.

The illegal logging trade along the China-Myanmar boarder has been fueled by China’s insatiable appetite for raw natural resources, leaving many to wonder just how far it will go to fuel its lust for materials — elements critical to China’s export economy.

Timber, jade, illegal animal parts, and other precious resources have long been smuggled through the wilderness along the highly porous border adjoining the two nations. But in recent years, Myanmar has grown tiered of being ripped off by a neighbor with an unquenchable thirst for building materials. In an effort to put a damper on the country’s fast disappearing timber resources, in 2014, Myanmar took a much stronger stance on deforestation by banning the export of raw logs entirely. It would seem the sentences slapped down by the Burmese court were intended to let the Chinese government know that it’s not ok to go illegally pillaging the country’s forests. Onlookers are now wondering if China will get the message, and if the prisoners will be cut any slack in the appeals process.