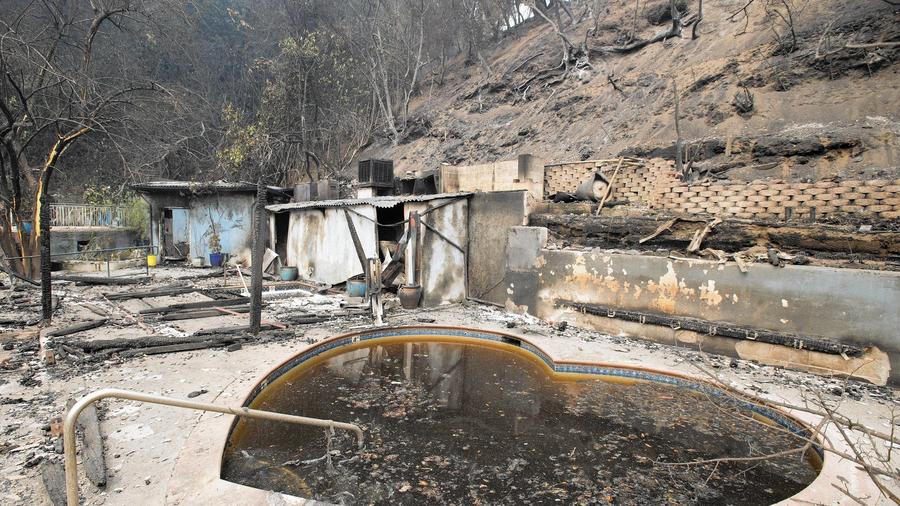 (EnviroNews World News) — The “Valley Fire” in northern California continues its path of devastation as it crossed into neighboring Sonoma and Napa counties yesterday. There are now 9,000 homes in jeopardy from the blaze set off near Cobb California last weekend.

For decades, one of Lake County’s greatest attractions has been Harbin Hot Springs — a resort revered the world over for its “magical” healing powers, picturesque beauty and elaborate design. To the heartbreak of tens of thousands, that peaceful sanctuary burned to the ground after landing in the fire’s path last weekend. Nearly all of the resort’s expansive infrastructure was completely obliterated, leaving nearly 150 residents homeless, and leaving longtime Harbin-goers stunned.

Harbin made a statement on its Facebook page informing the public the resort would remain closed “indefinitely,” and saying it was a “miracle” no one was killed in the “unprecedented and dangerous” situation.

Harbin Hot Springs was evacuated on Saturday afternoon, just before the Valley Fire advanced into our main valley….

A video published by the Press Democrat out of Santa Rosa, California has been leaving Harbin fans in disbelief. The walking tour of the facility shows the “sacred” healing retreat, loved by hundreds of thousands, virtually vaporized into thin air. Even the majority of the koi fish in the ponds succumbed to the relentless heat of the blaze, in what is already considered the most devastating fire in California in the last 30 years.