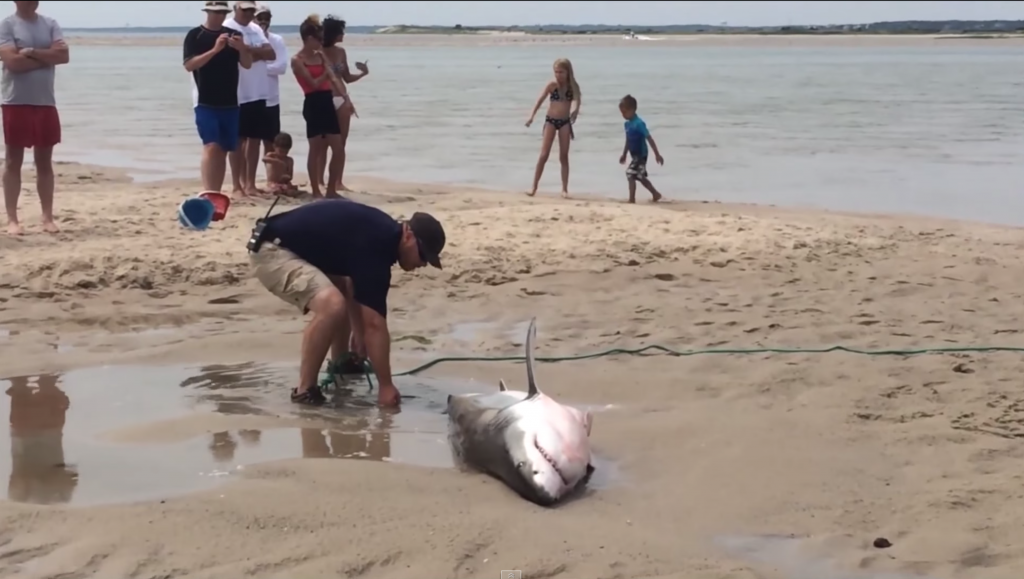 Brave beachgoers kept the shark wet by throwing pales of water on it until rescue crews could arrive and pull the powerful predator back into the Atlantic.

Carcharodon carcharias, as it is scientifically known, is listed as “vulnerable” by the World Wildlife Fund (WWF). The species is imperiled because humans hunt it for food and sport.

“The shark was stuck there for a while in the sand, so then people got buckets and were trying keep it wet so it could continue to breathe,” Isabelle Hegland stated to CBS Boston. “I was a little afraid, but I could tell it wasn’t moving anytime soon because the shore was going way out, it was approaching towards low tide so it was becoming increasingly difficult for the shark to keep its gills wet and be able to breathe.”