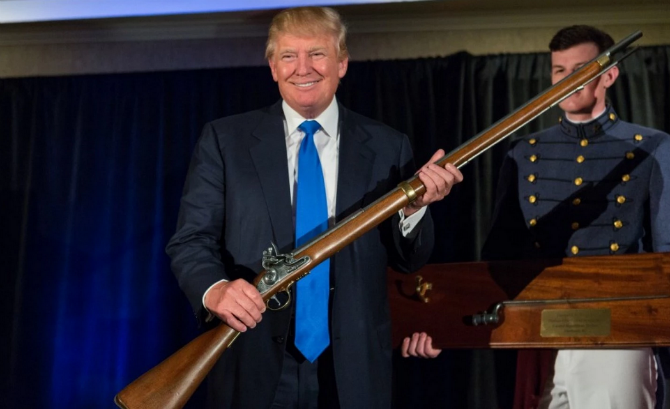 (EnviroNews World News) — Donald Trump reiterated via the Twittersphere last week that he would “immediately approve the Keystone XL Pipeline” is he is elected president. Is anyone surprised?

If I am elected President I will immediately approve the Keystone XL pipeline. No impact on environment & lots of jobs for U.S.

The candidate has also disingenuously stated in the past that Keystone XL will “create 20,000 jobs and lower gas prices,” when it is well understood the project will create these jobs only temporarily while under construction — arriving at fewer than 40 permanent jobs for the long-term. EnviroNews is aware of no credible evidence that suggests Keystone XL will reduce gas prices in the United States, as much of the would-be product is set to be shipped out of refineries in the Gulf Coast to overseas buyers who will pay a higher price.

The Keystone pipeline will create 20,000 jobs and lower gas prices. But Obama says No. Dumb.

Trump’s rhetoric may be entertaining, or even funny from an observers point-of-view, but the flamboyant candidate’s portfolio suggests he might have a hard time legally signing off on anything involving Keystone XL. In response to the recent release of “The Donald’s” financials, groups like Little Sis have been shining light on his portfolio — bringing attention to multiple ownerships the self-proclaimed “very rich” man has in the fossil fuel industry.

Included in that portfolio is a $250,000 chunk of TransCanada Pipelines Ltd. stock — and TransCanada of course, is the company behind the Keystone XL Pipeline project.

Trump’s ownership in the Canadian pipeline company almost certainly constitutes a “financial interest,” and hence, a conflict of interest when it comes to signing any laws involving the embattled project.

According to Little Sis, it would appear as if Trump had better dump the fossil fuel portion of his portfolio straight away — that is, if he wishes to have any chance at legitimately signing pieces of legislation in that near future involving, or pertaining to at least these companies: TransCanada Pipelines Ltd., Halliburton Company, Anadarko Petroleum Corporation, Kinder Morgan Inc., Chevron Corporation, Devon Energy Corporation, ExxonMobil, Occidental Petroleum Corporation, and TransOcean Ltd. EnviroNews will be eagerly watching this space to see when, and if, the candidate will start dumping the fossil fuels portion of his portfolio — a seemingly necessary move if the real estate mogul wishes to sign energy sector laws.