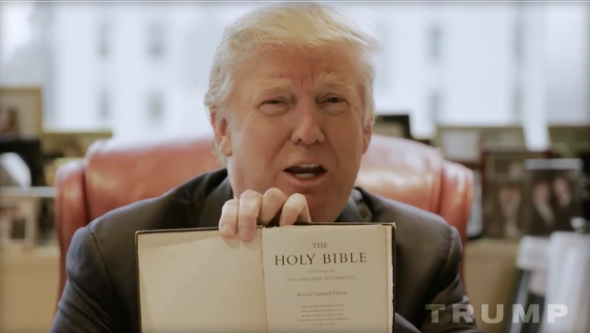 (EnviroNews Polls) — Well, it’s finally arrived: January 20, 2017 — the day of Donald Trump’s inauguration ceremony — and has it ever been an unprecedentedly wild ride for the last two months over the transitionary period.

Spurred by civil rights icon Congressman John Lewis, a movement of Democratic representatives totaling at least five dozen, have declared they will boycott the swearing-in ceremony, following Lewis’ lead after he said, “I don’t see the President-elect as a legitimate president,” in an interview with Chuck Todd of Meet the Press.

It’s not only Lewis that is calling Trump’s legitimacy into question; it’s countless Americans as well. On the flip-side, even many Democratic lawmakers have stated on the record that Trump was rightfully elected by the Electoral College, and hence, is a legitimately elected president.

The primary tarnishing element bringing Trump’s victory into question is of course, the fact that all 17 U.S. federal intelligence agencies have coalesced behind the position that Russia did indeed hack the election in an effort to meddle in the process and help Trump win.

Despite Trump’s denial of this notion, a robust investigation is underway. Just yesterday, news broke that the intelligence community is now examining intercepted communications and financial transactions that could point to collusion between Russia and senior members of Trump’s presidential campaign — most noteworthy: Paul Manafort — Trump’s former campaign chairman.

Adding more questions to Trump’s legitimacy is the fact that Hillary Clinton won the popular vote by a landslide, earning almost three million more votes. Many across the country feel the Electoral College, dating from 1787, should be abolished via a Constitutional amendment, and that America should adopt a system of popular vote like most of the rest of the democratic world.

Lastly, several of Trump’s cabinet picks and appointments, like Rex Tillerson, have raised eyebrows for their cozy relationship with Russia and/or President Vladimir Putin.

With all the controversy swirling around the investigation into Russia’s meddling, and Trump’s inauguration, we put it to you, our readers and viewers, to decide: Is Donald Trump a legitimately elected president? Yes or no? Please cast your official vote via Facebook or Twitter in the polls just below.