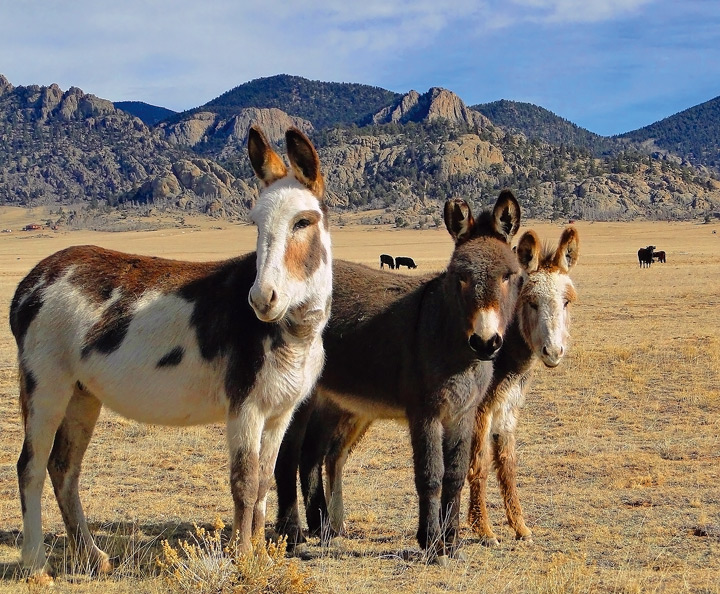 (EnviroNews California) — A serial killer of wild burros is on the loose in California’s Mojave Desert and a $58,500 reward has been offered up for information leading to the donkey shooter’s identity and whereabouts.  42 of the beloved creatures have been gunned down since May in the scorching heat of the Mojave near the Nevada border.

Wild donkeys (Equus asinus) have been federally protected for nearly 50 years under the Wild Free-Roaming Horses and Burros Act of 1971 — another piece of environmental legislation signed into law by Republican President Richard Nixon. Any person who harms or kills one could be punished with up to a $2,000 fine and one year in prison per count, meaning Mojave’s ass assassin could face up to 42 years in prison and an $84,000 fine if apprehended.

The Washington Post called the burro murders an “attack on the very spirit of the American West,” and reported that the events comprise the “largest massacre of its kind on public land managed by the U.S. Bureau of Land Management in California.”

The killings took place just off the Interstate 15 in the Clark Mountain Herd Area managed by the Bureau of Land Management (BLM). That population contains roughly 120 animals, meaning nearly one-third of the group has been wiped out by the perpetrator(s).

Thus far, authorities are clueless as to who is responsible for the slaughters. “As of Tuesday evening, investigators were still chasing tips, but had no suspects,” reported the Los Angeles Times.

In one event, multiple adults and foals were cut down at a watering hole near Halloran Springs as they stopped to quench their thirst from the Mojave’s sweltering sun.

“We will pursue every lead until we’ve arrested and prosecuted those responsible for these cruel, savage deaths,” said William Perry Pendley, Deputy Director for Policy and Programs at the BLM, adding, “and we welcome the public’s help to bring the perpetrator or perpetrators to justice.”

“It’s a travesty that these animals would be gunned down,” said Grace Kuhn, spokeswoman for the nonprofit American Wild Horse Campaign, to the Los Angeles Times. “There’ve been isolated incidents before over the years, but nothing on this scale in memory.”

The reward is being offered jointly by the BLM and a coalition of environmental groups determined to bring the culprit(s) to justice.  As of September 3, 2019, the reward stands at $58,500 — a sum the coalition hopes will motivate persons with knowledge and a conscience to come forward and spill the beans. The groups committed to the reward kitty so far include:

The wild burros in America are descendants of the African wild ass (Equus africanus) — a species now critically endangered throughout it’s range in the Horn of Africa, Eritrea, Ethiopia and Somalia. Burros were brought to the Americas in the 1500s by the Spaniards, whereafter settlers maintained an almost symbiotic relationship with them until the turn of the 20th Century.

Up until the advent of the automobile, these animals were relied on heavily to pack the tools and belongings of humans and played a vital role as pioneers moved to settle and mine the West.  But after motorized vehicles became widespread in the 1920’s and 30s, burros had outlived their usefulness and were largely abandoned to fend for themselves in the wilderness.  They took a foothold in the deserts of the American West and have been living there ever since across five states.

With few natural predators, their numbers were doubling every five years or so, but by the 1950s, conflicts between ranchers and burros had reached an explosive peak. In fact, culling of the donkeys had become so widespread that the Society for the Prevention of Cruelty to Animals started pressing for legislation to protect the creatures — by then, already viewed as an integral part of lands managed by the BLM. 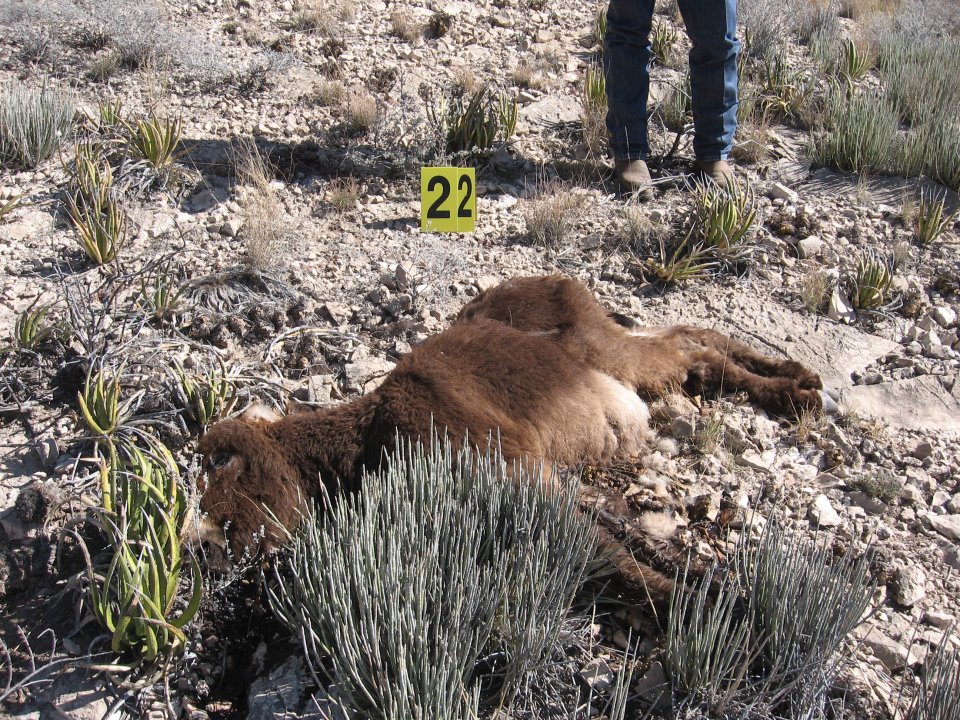 But it wasn’t until 1971 that Velma Johnston, now known as “Wild Horse Annie,” convinced Congress to pass the Wild Free-Roaming Horses and Burros Act.  Today, approximately 16,000 of the animals roam free in herd management areas (HMA) tended by the BLM — an agency that tries to maintain their numbers at “sustainable” levels by deploying a number of methods ranging from birth control drugs to adoption.

“We are deeply disturbed by this wanton crime and the senseless slaying of our nation’s wild burros,” said Kitty Block, President of The Humane Society of the United States. “Anyone who is capable of this level of violence must be held accountable.”

Persons with information about this incident are urged to call the WeTip hotline at (800) 782-7463 or visit https://wetip.com.

OTHER GREAT STORIES ABOUT WILD HORSES AND BURROS FROM ENVIRONEWS

(EnviroNews World News) – Washington D.C. – Friends of Animals (FoA), the non-profit, international animal advocacy organization, announced on May 19, 2015, that they had filed a legal petition with the Environmental Protection Agency (EPA) compelling the agency to rescind its registration of the sterility-inducing pesticide porcine zona…